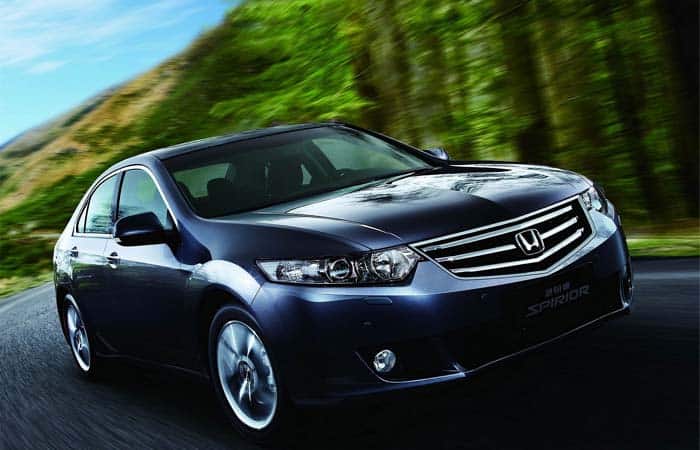 The Honda’s captivating consumer log feels really right when logging to the North American and European markets. But when we are graced about the Asian markets, things feel pretty much odd. What about rebadging your own pet model as a different car? Though you discontinued the rebadged model, still you relaunched it. Simple is, the people there do not really like your pet model, but they really adore the rebadged version.

Well, that is what we found in Honda Spirior. This Spirior certainly means “Superior”, but the Japanese think that the Chinese pronounce it as “Spi-rior”. Anyways, it was introduced in 2009 in the Chinese market. Its structure and design totally resembled the Honda Accord. Instead of introducing the eighth generation Accord directly in China, the Honda introduced its rebadged version. But the ninth generation Accord did find its way directly into China.

After some decent six years, the Spirior first generation was put to an end. During the 2014 Beijing Auto Show, the company introduced its second generation. And it even resembles a lot to the Accord.

Just by the start of 2015, the second generation was launched onto the market. Well, the Spirior is the joint product of the Honda and a Chinese automaker, Dongfeng. And it is one of their successful models launched so far.

The trim levels are mainly divided on the basis of the drivetrain. While the powering ratio for all the models is pretty much identical.

Recently, the Honda has announced that they would be discontinuing the Spirior. And as a replacement, the Inspire would be taking its place.

The Honda Spirior borrows the powertrains from the Accord. These variants are from the European Accord.

Well, the base variant is equipped with the 2.0 L 4-cylinder engine. This is a decorative from the Honda’s R engine series. Well, the Spirior comes gets 156 hp of power with 139 lb-ft of torque. The upscale versions get the option for the 2.4 L 4-cylinder engine. It is the EarthDream naturally aspirated engine. The power rating is amid 185 hp making 181 lb-ft of torque.

When it comes to the handling, Honda has really poised the steering ability of this car with craftsmanship. The electric power steering wheel feels very comfortable while driving in the city. Even the heavy traffic in Shanghai and the sharp turns does not bother this car. Further, the braking adds some more fuel to the handling specs of this car. Especially when there is too much traffic. And the Spirior does get one of them.

Honda Spirior or Accord? There is no prominent difference between both the cars. Multiple projector lamps, LED fog lights, DRL and alloy rims are the general cosmetic ingredients just like the Accord. The only differences are the badge and the rear designing. Even they both measure the same. Well, the Spirior fills up the gap for the entry-level executive sedan.

Honda Spirior is designed for an executive drive. Its feasible for the senior managers and the junior executives. Leather seats, with the heating feature, leather-wrapped heated steering wheel, and gear knobs and fiber accent are some major ingredients for this car. Some other materials is also available for the trim and accent such as the leather.

Well, the spacing is eloquent with seats for 5 including the driver. And the boot has a significant amount of space for the cargo. Overall the interior is neat with plenty of space in this car.

The Honda Spirior comes with a touchscreen infotainment system powered by Honda’s custom system. Well, this more likely a multimedia suite with the audio and radio options. It gets the Bluetooth streaming, telephony and pre-installed apps for music play. While the navigation is optional. This system is just like those included in the Japanese cars from Honda. It is a slick, slow and hardly responding system.

The Spirior combines some essential passive and active safety requirement. It includes the airbags, stretchable and adjustable seatbelts, and LATCHES. Further, it gets the cruise control, parking assistant and the antilock braking system. There are some additional on-demand features available as well, such as the blind spot monitoring.

Within the Chinese market, we find the Toyota Camry as the closest competitor to the Honda Spirior. Besides Camry, there are plenty of competitors for this car. But the Toyota and Honda are the common rivals. Well, the Camry sits in a perfect competition with Spirior. While the drive quality of Spirior makes it sit atop Camry.

The Spirior is an outgoing car from Honda. Throughout its time in the market, it gave a better response. And that made Honda keep this car still in its position. Now let’s see how much inspiration the Honda Inspire has.