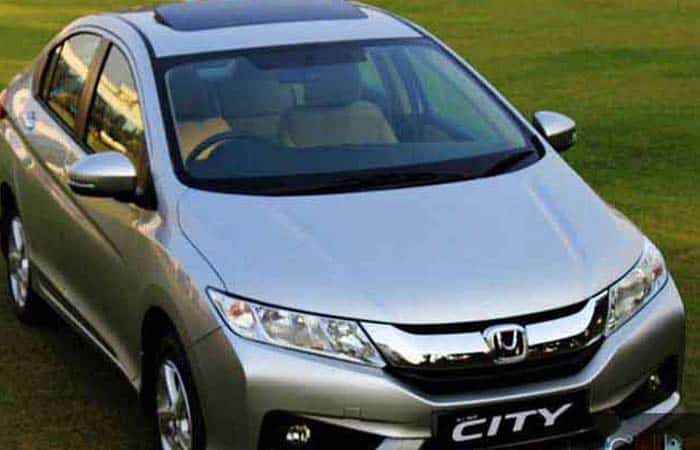 The Honda City is a car with multiple names. There was a dire need for low-cost urban cars during the Japanese Industrial development era of the early 80s. Consequently, the Japanese automobile industry switched to the production of economical city cars. Cars produced in that era had a lower maintenance cost and consumed less fuel. At the same time, the City was introduced.

It was the winter of 1981 when the City was commercially launched. This car was available in three different body styles. The hatchback was the core version. While the sedan and the station wagons served as the upper versions. Well, it was the first every smallest car for Honda at that time. But it still was large enough to be classified as a Kei car. Certainly, it just a few inches shorter than the Civic of that time.

That was the first generation of the Honda City. Since then, it has evolved into five generations. The present one is the sixth generation that was introduced in 2014. Well, through its lifespan, it got numerous changes. After the conclusion of the second generation in 1994, the hatchbacks and the station wagons were discontinued. Only the sedans were left to go on.

With time, the city grew wider and longer. The fourth generation City was the biggest City ever produced. While the fifth generation once again reduced the size of this car. Well, in some cases the size matters a lot. While in some other, size is just a liability.

The Honda City earned a lot of fame in the Asian, African and the Australian regions. Even it gets a lot of space in the Mexican market. And it is one of the highest selling cars for Honda. Let’s explore it.

The present generation of Honda City won the Middle East Car of the Year award. Well, if its performance is considered then this might not suite this car. But its low-cost maintenance and lower fuel mileage could definitely deem such acknowledgment.

Well, the Honda City is available with two drivetrains powered by a similar caliber engine. It is the 1.5 L inline 4-cylinder engine. The gasoline version is the base with the power rating of 118 hp and 107 lb-ft of torque. This is the standard drivetrain that is available in almost every region. And it comes mated with the 5-speed manual transmission. While the 6-speed automatic is optional.

In some parts, this 1.5 L engine is available with higher tuning level. It is offered there with 130 horses galloping at 114 lb-ft of torque. Certainly, the developed territories get this powertrain. And indeed this is one of the soothing version of the City as well. This drivetrain is mated to the 6-speed manual transmission. And a 6-speed automatic transmission is optionally available.

We used this car in our performance test. It launched from 0-62 mph in 16.8 seconds, which is hard to compare to any European city car. And her maximum output is 100 mph. The urban ride in this car was quite fine. But when we stepped on the highway, the City went pretty underpowered.

Beside the gasoline powertrains, a diesel version is even available. When you have to market your car in Asia, Africa, and Europe, you need to have a diesel version available for that. Well, it is the 1.5 LI-DTEC 4-cylinder engine with 118 hp of power and 221 lb-ft of torque. And it gets mated with the 5-speed manual or 6-speed automatic transmission.

The Honda City bears a mediocre level body styling. Though she has entered the newer generation, the refreshments are not that much appealing. Well, it gets the LED headlamps, the optional fog lights, DRL, chrome front grille and the LED taillights. The Honda loves to advertise the reflectors installed in the City. And even it enchants the steel wheels that are standard for every model. Well, if you long for the alloy wheels, you would have to get them from the open market. Anyways, if you jump for the upper trim, you get the 16-inch alloy wheels as standard.

The interior setting consists of mid-level ingredients. Like it gets the clothed seats, satin accent, and the wood panels. Well, the seats are fine. They are not bad, but they are not made for long journeys.

The front row spacing is fine. You get enough room to drive this car easily. But the fatty fellas might not appreciate the cockpit. And when you get to rear, you are not supposed to be a six-feet tall. Be short and City would take you in. While the cargo spacing is fine to carry the monthly groceries.

The safety of Honda City is based on the regions where it is sold. The high economic regions get almost perfect safety standards with a number of enhancements. While the low economic regions get the same amount of safety equipment. But the assembling standards are poor. Usually, the airbags in such regions deploy when the driver has already struck his head on the steering wheel.

The Suzuki Ciaz is an equal option to the Honda City. It has the similar powertrain, design and interior setting. Certainly, both cars belong to the same category.

The Honda City is always a good option if you do not have any other option. But if you have an option, then you may certainly forget City.