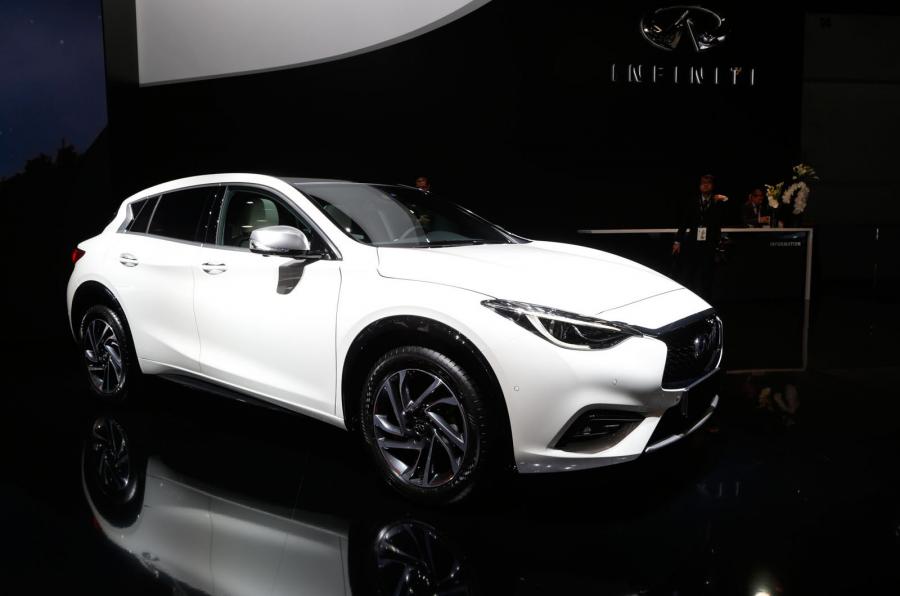 As like Toyota and Honda, Nissan even franchised its luxury car division. Lexus for Toyota, Acura for Honda and Infiniti for Nissan. Since 1989 Infiniti is marketing its vehicles in North America. Through a steady market response, Nissan took the banner of Infiniti into the industry of eco-friendly cars. The Infiniti Q30 is yet another eco-friendly version. The franchise overall holds the criteria of lowest CO2 Emission. Although it’s not a Hybrid tech version. Still, it has the potential to be highly street legal vehicle in terms of environment. Infiniti’s Q30 has seven models in the range:

The starting price of Q30 is $27,400. When it comes to the performance of the models of Q30, there is not much difference. Yet the drastic difference to be calculated is a shift from diesel to gasoline or the front wheel to all wheels. But besides that, the differences so calculated are some add ups in exterior and interior.

Infiniti Q30 is an economy base car. Its performance depicts fuel saving practices. Generally, Q30 is offered in Diesel Engine. 1.5D (DCT), 1.5D (MT) and 2.2D are the engines installed in the diesel version Q30. While 1.6L and 2.0L are the petrol engines.

Q30 is a dominant front – wheel Drive customer. But the diesel 2.2D even has an all – wheel – drive feature. Infiniti has targeted to build an eco–friendly car. So is the Q30. The tests revealed that Q30 releases as low as 109 g/Km of CO2. The figures certainly make it a Green Car or being more précised Environmental Car.

Dual clutch transmission makes the shifting smoother. The timeless transmission raises the bar of acceleration. Further definition is added into the engine revs. Three modes are provided for the driving. Two being based on engineers’ choice, while one being for full performance.

Although Q30 could be distinguished as the city ride. But the way it accelerates and produces some good speed, it can make it a sports car. Along with the sporty skirts, Q30 has been punched more into comfort. The shock absorbers have been given some extra coil. They are quite helpful in balancing the car over bumpy tracks.

The sports versions have more performance drills. Either petrol or diesel, the Q30 Sports cars have reflexive suspension. Particularly it is called sporty suspension. This makes the handling smoother for a fast drive.

Mercedes – Benz W176 is the major engine class of Q30. With such a powerful machine Q30 is doing a better job on roads. As compared to the other compact luxury vehicles, Q30 is far smarter and better in performance. Especially the steady acceleration is a definite plus point in this car.

Infiniti has added 9 colors in the stock of Q30. The cosmic metallic appeal makes Q30 more fanatic to spectate. But who cares when the shape is a bit odd.

Some Portugal spectators complained that they saw an odd animal running on the road. Not to mind, that was Q30. Precisely it’s even harder to assume, what shape it is. Apparently, it looks like a SUV but it is not.

The styling of the side skirts and the windshield spacers brings an aerodynamic look. Certain practices have been followed but they are mainly for a better appearance. The Signature LEDs give a realistic 3D vision. They seem to be human eyes from all the angles. Not just the head lights, the tail lights are even well installed.

The models titled as Sports are lower than the rest of the Q30 models. As per the measurement they are almost 0.65 inches lower. Precisely it is meant for better drag force and smarter performance.

The 19 – inch sports wheels offer a good road grip to the driver. When Q30 was tested over bumpy and rough tracks, it was found quite better in performance. The suspension played a referee. It balanced the vehicle through all patches. Unlike the German SLAs, Q30 has a better understanding with the roads.

However, the least dimension for the provided wheels is 18 – inch and the maximum is 19.5 – inch with three tone shade.

Being a luxury car, Q30 has been provided with distinctive colors and artistic materials. Nappa leather has been used for the stitches and the seats. Three shaded tone hood and dashboard gives an enchanting appeal.

But for the word of mind, Q30 is more like a Mercedes Hatchback. From in to out, everything brings a feel of driving a Mercedes A – Class.

Well, comfort is destined. The front seats are pretty comfortable to sit on. They makes driving a whole lots of fun. And when going to the rear, the seats are pretty spacious. You can fit up to 3 adults in back.

The trunk is adequate with a reasonable to fit in your luggage. It is more like a family car than a standard sports car interior.

But as mentioned earlier, it’s a Mercedes replacement. InTouch though has a touch screen, but it even uses the wheel for selection, as the Mercedes’ do.

Unfortunately, Q30 has not been equipped with the steermatics. All is on the InTouch device, there’s no switch over the steer wheel.

Not like the rest of the automobile industries, Infiniti has the same safety package in all Q30s. It has been rated as 87% safest car. A number of active and passive safety measures have been added in the package.

Whether it’s the Emergency Braking System, Blind Spot Monitoring, Pedestrian alarm or the airbags, all have been in subtle with the Q30. This is what makes it a good family car.

Besides the titles, Infiniti and Mercedes, there is nothing much different. Apart from the companies’ logo, from front to back both the cars resemble each other. A bit more of the definition of performance in Infiniti Q30 makes it a better choice than the German made Mercedes A – Class.

Although both of them are refined with comfort, elegance, and luxury. Grip, handling and touring offers of both the machines is nearly the same. All that differs is the way Q30 accelerates and performs over the thick streets.

A journey into the canvas of compact luxury builds more of a rep. It becomes harder to put on something that would bear the best outcome. But thanks to Infiniti for giving something with an increased choice. It could make a decision well made, as Q30 is an exclusive luxury machine.