Japan’s largest-selling brand of premium cars, Lexus is the luxury vehicle division of the Toyota Motor Corporation. The history of Lexus originated from a covert sedan project, a challenge issued by the founder Eiji Toyoda to create the world’s best car. This prompted Toyota to commence a covert project in 1983 that was nicknamed “Flagship One”. So let’s talk more about the Lexus logo, their history timeline and our compilation of their current car line up.

The finished product of the F1 project came 6 years later, in 1989. It was the Lexus LS 400, which was developed with the aim to diversify Toyota’s product line, so that a strong foothold could be established in the premium segment and an upmarket product be offered to both new and longtime customers. Though Lexus was first introduced in 1989, it wasn’t until 2005 that it existed as a brand in the global vehicle market.

In this article, you will learn about the Lexus history, important events, interesting news, and list of all its current vehicles.

Important Events in the History of Lexus

After an extensive development process that involved numerous designers, engineers, technicians, support workers, prototypes, and not to mention more than $1 billion in costs, the first-ever Lexus vehicle (Lexus LS 400) was introduced to the world in January 1989. It was praised widely, but did receive criticism from some automobile columnists.

But even so the Lexus LS 400 opened well in markets, and went on to win numerous major motoring awards from renowned publications, including the Wheels Magazine and the Automobile Magazine. This had an adverse affect on the sales of Mercedes-Benz and BMW’s in the US, where figures dropped by 29% and 19% respectively.

Despite being a minnow, Lexus established customer loyalty, that too instantly, courtesy of their voluntary recall of all 8,000 models sold. Though the recall was based upon two customer complaints, this quick response was lauded by all and established a reputation of good customer service early on.

In 1990, Lexus began exports to Australia, the UK, Switzerland and Canada thanks to a strong figure of 63,594 sold vehicles in its first year of sales. A year later, the SC 400, Lexus’s first sports coupe was launched, followed by the 2nd generation ES 200 sedan, which became the brand’s top selling car.

In 1993, a mid-sized sport sedan, the GS 300 was launched, which was priced just below the LS 400. That same year, a certified pre-owned program was also debuted by Lexus, making it one of the first marques to reach this distinction. In 1994, a complete redesign of Lexus’s flagship model, the 2nd generation LS 400 was made available on the markets. However, sales were threatened and operations were halted in 1995, due to the US government’s tariff proposal for upscale Japanese vehicles. Normal sales operations were resumed later that year, after it was decided the tariffs would not be imposed.

The LX 450, Lexus’s first sport utility vehicle debuted in 1996 and this was followed by their 3rd generation sedan, the ES 300. During the 1995 tariff discussions, plans were being made for the development of an SUV model. This gave the marque its first luxury crossover SUV, named the RX 300, as well as 2nd generation sedans, the GS 300 and GS 400, in 1998. After the success of the RX 300, Lexus launched sales in Brazil in the same year. The marque sold its millionth vehicle in the US market, the next year in 1999. 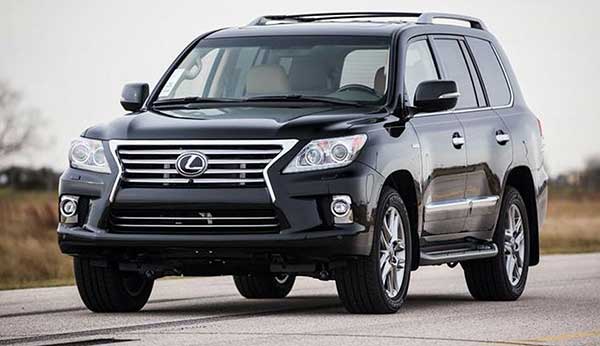 In 2000, a series of entry-level sports sedans, the IS line was introduced by Lexus, and the marque’s first convertible, the SC 430, debuted a year later. Lexus’s hot run continued in the following years as well, as it introduced two mid-sized SUVs, namely the SC 430 and LS 430 in 2002 and 2003 respectively.

The two-millionth vehicle of the company in the US was sold in 2004, after which Lexus officially separated from its parent company, Toyota, in 2005. Later that year, Lexus entered the Japanese market and a series of new generation models were made available there. For the first half of the year, sales were slower than expected, but improved considerably in later months due to an expanded lineup.

This was followed by sales successes in Taiwan and North Korea in 2005, where Lexus became the top-selling import marque. They also did well in Australia and the Middle East, which led to official launches in South Africa and Malaysia in 2006. There were also launches in Indonesia, Chile and the Philippines in 2007, 2008 and 2009 respectively.

In 2011, sales of Lexus’s hybrid hatchback, the CT 200h, started, with the intent to target Europe and multiple markets. However, in March 2011, the earthquake and tsunami in Japan hindered Lexus’s production lines immensely, which meant the marque was no longer the top-selling premium brand in the US.

Today, Lexus is sold in many countries around the world. Though the brand’s financial data is not disclosed publicly, it is estimated that it has a brand value of approximately $3 billion yearly. Lexus was ranked as the seventh-largest brand in Japan by Interbrand in 2009, based on market value, revenue and earnings.

According to studies, Lexus has one of the highest customer retention rates in the automotive industry, leaving behind big names like Nissan and Cadillac.

There you have it, that’s the Lexus history. The company does not only offer premium vehicles of all kinds, but it also has one of the highest customer loyalty rates in the automotive industry, which gives it an edge over its competitors.