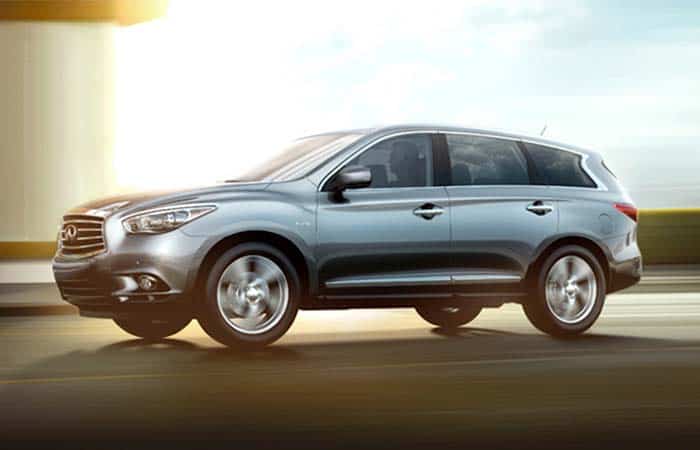 Luxury is not comparable. You can trade off the general stuff to accommodate the luxury. But you can sit on a factor that if luxury does not have much comfort, it would still do. Luxury is only the finest one.

Well, the North American market is experiencing new stuff every day. The Infiniti added up the hybrid drivetrain to the QX60 luxury SUV. Well, the reason was just modernity. But it played some good role in the market. Though, the performance lovers or luxury conscious guys did not admire this advancement.

The QX60 Hybrid was introduced a couple of years after the standard models were launched. That was late in 2013 when Infiniti introduced the independent hybrid model for the first time. And by the start of the next year, it was thrown into the market. Well, the responses were just fine to make it qualify for the next years. But they were never so much subsequent to surpass the other Infiniti SUVs.

After some poor four years, Infiniti decided to stop marketing the hybrid version. And they have planned to bring it out with the start of next generation. Certainly, they would be planning some major refinements for the next introduction to making this car successful.

Well, the QX60 Hybrid is available in two trim levels. The base version begins from $52,100. While the upper trim level just costs $1,400 above the baseline. And the drivetrain is the major difference between the entry and upper trim level. Further, the amenities are similar to the Nissan Pathfinder but they are costly here. Well, the one good reason for stopping QX60 is its price. It is way expensive than some other luxury SUVs on the market.

Well, let’s see what the Infiniti QX60 has got.

A hybrid QX60 required a lot of change to become hybrid. Well, this is not a PHEV, instead, it is the base hybrid design with a built-in charging system. And the electric mechanism just plays a small role in the performance.

Well, the QX60 Hybrid gets a 2.5 L 4-cylinder supercharged engine to knock the performance. And it offers a healthy 230 hp of power making 243 lb-ft of torque. Well, alone this engine can really show some cool performance. But a lethargic electric system is much like an additional for this car.

The electric system comes with an electric motor and a small 0.6 kWh battery pack. This whole electric system adds 20 hp of power and produces 29 lb-ft of torque. While this brings the complete system to 250 hp. Ahead of that, the powertrain comes mated with the continuous variable transmission and the front-wheel-drive configuration. While the all-wheel-drive remains optional.

The electric system has certainly helped QX60 Hybrid to cut down some fuel consumption. But the performance segment gets a very less boast.

The driving mechanism is surely different, but the exterior styling is similar to the rest of the fleet. It gets the same grump looks, with a large Infiniti grille and the small fog lights. Further, the QX60 Hybrid gets 18-inch alloy wheels, roof rails, and outdated rear design. Well, with the deluxe package you would get some refreshed cosmetics such as the 20-inch 15-spoke or 20-spoke alloy wheels.

There nothing new in the interior. Even it is not different than the non-hybrid QX60 models. While you will have no complaint about the spacing. If you were thinking that Infiniti would have cut down the rear seat to accommodate the electric system. Then let that thinking go away. As the QX60 Hybrid has all three rows with the seating for 7 including the driver.

Further, the amenities are similar to the rest of the models including the Pathfinder. But here they are quite expensive because of the Infiniti badge. Well, this is a simple practical, switch the Nissan badge with Infiniti and the price would go high.

The Infiniti QX60 Hybrid gets the 8-inch touchscreen infotainment system. The standard version is just a media player with some connectivity features. While the upgraded version gets the navigation, 3D graphics system and the lane guide. Further, it gets the USB ports, while some other connectivity ports remain optional. Some standard features include the telephony, Bluetooth streaming, and smartphone connectivity. While some amazing add-ons offer a separate 8-inch screen for the multimedia.

The QX60 Hybrid gets the same safety specs as the rest of the fleet. The passive safety finds sensible airbags and adjustable seatbelts. While there are airbags in almost every corner of this car. And the seatbelts could sense the occupant for the pretension. Further, the Infiniti QX60 Hybrid gets a safety cage, LATCHES and tethers.

A Japanese for a Japanese! The Acura MDX Hybrid is another option available at the same price. The MDX Hybrid sits in the segment of sporty craft and luxury setup. Even the amenities are quite attractive. While the Infiniti QX60 Hybrid hardly survives such blows.

A hard luck for the QX60 Hybrid. But the upcoming generation could revamp some sorrows bereaved in the present one.