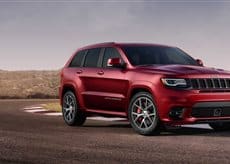 The performance show begins when there is an SRT to burn the track. Since long the Street and Racing Technology® has been the performance trim of the GM brands. Jeep and Dodge usually title their performance trims as the SRT. While Chevy loves the Z.

The Jeep Grand Cherokee SRT entered its second generation in 2012, just a year after the Grand Cherokee welcomed the Fourth one. SRT has received a major performance and cosmetic improvement since its first generation.

The Jeep Grand Cherokee SRT does not only competed by its siblings. It even gets a lot of competition from the Europe and Japan. Indeed it makes the Jeep to keep the Grand Cherokee SRT updated enough to challenge its competitors.

The off-road world has too much to explore. Performance, structure, durability and reliance makes the ingredient for a perfect off-road vehicle. Well the SUV doesn’t just mean that how firmly a vehicle climbs a mountain or how strongly it crosses the river. It even adds the chapters of the standard roads, streets, and tracks. One that does not tremble at a high speed is an ideal SUV.

The Jeep Grand Cherokee SRT is priced as low as $66,895. A number of interior and exterior amenities are available to customize the SRT, which can take the price up to $70,000. 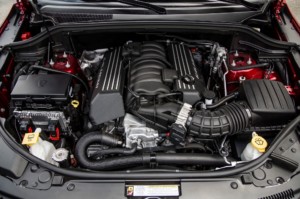 The performance begins from with a strong powertrain. The Jeep Grand Cherokee SRT has a 6.4 L Hemi® V8 engine. This machine makes 475 hp rated at 470 lb – ft of torque. The drivetrain is mated with an 8 – speed automatic transmission. All – wheel – drive is the standard driving configuration offered in SRT.

The way it sways on the roads, make her much like a V8 sports car rather than SUV. Handling is smooth but certainly over-smooth. Steering is sharp and responsive but at times it dribbles swiftly than it is required. The Brembo brake calipers add more quality to the handling of the Grand Cherokee SRT. During the handling test, it stopped within 168 feet from 70 – 0 mph. The Pirelli Zeros help in getting a grip of 0.87 g.

The last generation (SRT8) had a 6.1 L Hemi® V8 engine which delivered 420 hp @ 420 lb – ft of torque. It felt much like a monstrous SUV rolling over the streets. But in the present day Jeep Grand Cherokee, the environment has drastically shaped into a track performer. SRT takes 4.4 seconds to make 0 – 62 mph run. It goes fine and steady till the quarter mile in 13 seconds and finally embraces the 160 mph.

Well, the Cylinder Deactivation can make Grand Cherokee SRT be economical. In a combined test, SRT gave 15 mpg as an average fuel mileage. 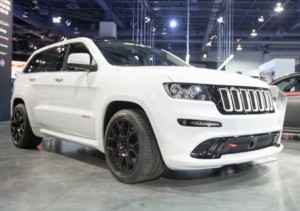 The Jeep Grand Cherokee SRT is yet another monster looking SUV. It’s a mid-size SUV with a length of almost 189 – 191 inches. Nowhere from the exterior design, it looks like a sports car. But there is some remarkable application of aerodynamics available on Grand Cherokee SRT. The front grille allows a passage into the bonnet which acts as a coolant. It brings in the air to assist the mechanical coolants in keeping its V8 machine cool. There is a sleek spoiler at the rear, which makes the air to balance the down thrust on Grand Cherokee SRT. It has a pretty composite design with a strong and muscular feel. 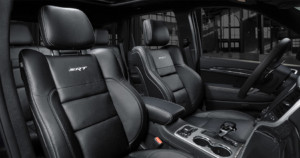 The Jeeps aren’t usually attractive from inside. But the Grand Cherokee SRT has got some decent and well-appointed interior. The steering wheel is soft and firm. Indeed it’s a lovely steering wheel. Sport ducked seats, Carbon fiber accent, Suede trim and Panoramic sunroof are some further inclusions of the interior designing.

Overall it’s a pretty spacious SUV with plenty of space to sit in and put in the luggage that is to be carried. The active sound reduction makes the cabin quite up to 70 dB on a highway.

A while ago the safety authorities had some concern with the design of the Jeep Grand Cherokee franchise. But presently everything has been set up to the mark of the authorities. The Grand Cherokee SRT has ample amount of passive safety features in it. While in active safety it features radar sensors and the surround cameras. 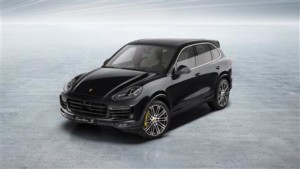 The Jeep Grand Cherokee SRT has indeed one of the most powerful drivetrains among the mid-size SUVs. It’s economically priced and has a satisfactory comfort level. It has enough power to cruise among the canyons for a picnic shot.