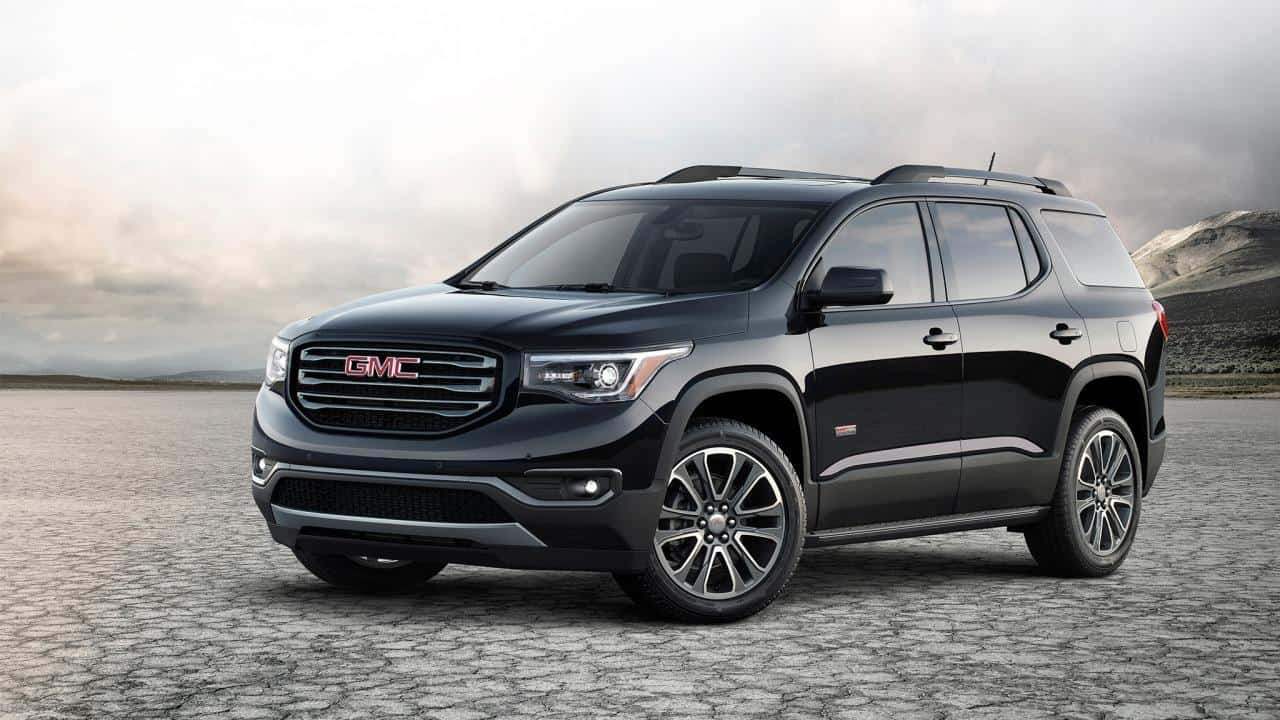 The off-road is a specialized category of driving. One requires good driving skills along with a powerful and tractable vehicle. Basically, these are complementary to each other. Unless you have a good vehicle, you would not be able to drive off-road. Certainly, you can hardly drive a track record breaker in the countryside.

General Motor Company (GMC) specializes the off-road vehicle designing. It is one of the oldest company to exist with the off-road expertise.

Since the wide spread of the Sport Utility Vehicles, GMC faced some hefty competition from its competitors like Ford, Dodge and some others. To keep the company alive in the competition, it was necessary to come up with a revised and updated car.

Ultimately, in 2006 GMC launched the successor of the Envoy XL. It was modeled as GMC Acadia. It is mid-sized Crossover SUV, which shared its platform with Chevrolet Traverse and the Buick Enclave in the first generation. But for the second generation, it shares its platform with the Cadillac XT-5.

The Acadia was introduced in the markets in the winter of 2006 as the model year of 2017. Well, Acadia has not just succeeded Envoy, but there are even some other vehicles which it has surpassed. The second generation overtakes the Holden Captiva 7 in Australia.

The second generation GMC Acadia was introduced in 2016 as the model for the year 2017. The GMC trucks and SUVs gets divided into a few models which are further divided into too many trims. Similarly, the Acadia has All-Terrain, SLT, and Denali in its model line. While there are 7 sub-models or trim levels of Acadia as well. Well, the base price of Acadia is $29,070.

See Also: How to Prepare Your Car for The Winter

The drivetrain of Acadia has 2 engine options. The first is the 2.5 L inline-4 cylinder engine with 194 hp running at 190 lb – ft of torque. This is the standard drivetrain offered for the GMC Acadia base and middle-level trims.

Next is the 3.6 L V6 engine. It is rated at 310 hp of power and 271 lb – ft of torque. The GMC Acadia SLT-2 and Denali get this drivetrain as standard. While SLE-1 and SLT2 have the option for this engine. However, as standard, they get the 4-cylinder engine.

GMC Acadia is a heavily packed SUV. It bears the design of the off-road cruisers. The grille design is different for every model line. The All-terrain models have the 3-split grilles, while the SLT has the same 3-split grille but with chrome shading. The Denali has the GMC signature netted grille. LED DRL is standard on all trim levels. The IntelliBeam headlamps are available for the upper trim levels only.

The base models have 17-inch alloy wheels. The SLT and Denali model line have the 18-inch wheels. The Blackwall tires are standard for all the model lines. They are available in 17, 18 and 20 inches. Well, 20-inch aluminum wheels are available as an option for the higher trim levels with the AWD configuration.

The rear features the manual as well as the power liftgate. Well from the rear, the Acadia definitely looks like an off-road cruiser. Precisely, a desert cruiser.

The GMC Acadia has got an interior. All three rows offer plenty of space to sit. 6 passengers including the driver can sit in it. While an optional 7 passenger seating is even available. The trim design and the accent fabrication is adorable. The accent lighting adds some useful and beautiful colors to the interior design.

Bucket seats are available for the front and second row. Passage to the third row is by sliding the second row ahead. The slider has been provided with a power sliding rail to make the procedure easy. The heated rear seats and leather wrapped steering wheel are standard on all the trim levels.

The automatic climate control and the keyless entry and ignition are even the standard features for the Acadia.

The passive safety measures in the car are according to the standards of the safety authorities. While the active safety features blind zone alert, parking assist and rear cross traffic alert. Acadia even has an amazing Teen Driver feature. It enables the parents to limit the performance and some features of the car while handing over the keys to their kid. Indeed, it’s the requirement of the present hours.

The Honda Pilot, from the Japan has much to do with GMC Acadia. Pilot is even a mid-size crossover SUV. Well, the Honda Pilot has earned a better position. It is because of its agile and smooth performance. While the interior of both the cars is similar.

Off-road passionate might like Acadia, especially the improvised platform has more fun. But the enthusiasts would miss the 4×4 drive.