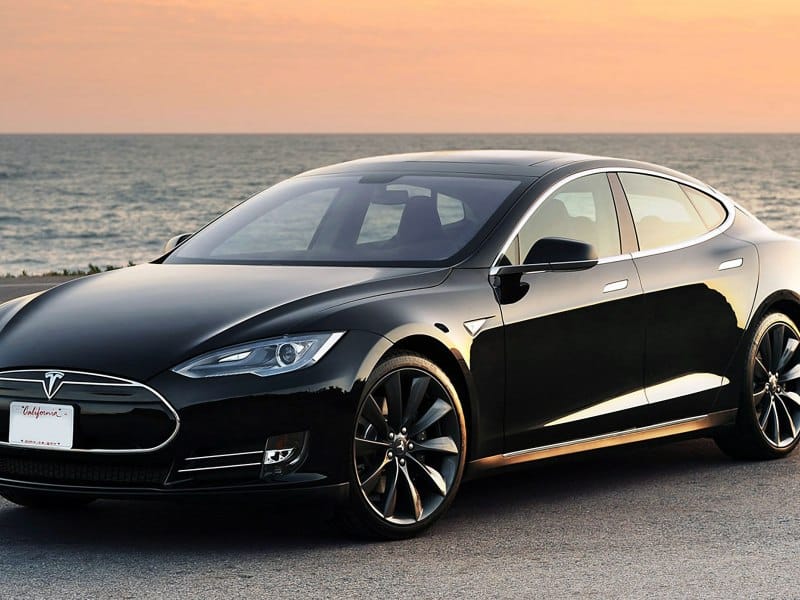 Thanks to modern times, women drive as much as men do. And not only that, women afford to buy one for herself, too. But just like everything else, men and women differ in taste and preference when it comes to cars. One can say that while men like cars with power, women, on the other hand, look for a vehicle that’s safe, reliable, and is fuel-efficient. In a survey, when car owners were asked whether they’d buy the same car if they’d have a chance to redo buying one, many women said they would go for another Subaru Forester, Toyota Highlander, or Toyota Prius. Men, as expected, would go to sporty cars like Chevrolet Corvette and many Porsche models. If there’s one car that both men and women like, it’s the Tesla Model S.

Still, the question remains, what cars do women really like? And why? How come women get to choose the best cars available in the market today? Basically, there is a typical impression that men know more about cars than women. However, according to surveys and consumer reports, women are into hybrid cars more than males do. In an owner satisfaction report, it was revealed that women are really good judges when it comes to great cars. It doesn’t matter if the vehicle is an SUV, a luxury car, a wagon, or even a pick-up truck, women know what’s good. This is because what women prefer is comprised of every vehicle that got top scores from consumer reports. The same thing cannot be said to men’s choices.

As mentioned, this specific car is the common ground of male and female car owners because both genders love this car. It doesn’t come cheap, of course, it ranges from $76,200 to $106,200. Judging from its flawless power, very high-tech interior, this electric vehicle is indeed considered a product of innovation in its finest. Plus, you can drive 180 to 225 miles on a charge, which is pretty amazing. The standard model uses a 60-kWh or 85-kWh battery options. For the 60-kWh version, it’s powered by a 380-hp electric motor and has an EPA certified range of 208 miles while the 85-kWh goes up to 265 miles and is also available in all-wheel drive “D” configuration. More excitingly is that the new performance model can reach up to 691 hp, which is a fantasy to all car owners and car enthusiasts all over the world in terms of acceleration.

When it comes to luxury cars, women love the Mercedes-Benz E-Class sedan (V6). Considered as the ideal high-end car, its performance is not designed to disappoint. With its power, reliability, and strength, it’s an ultimate bonus that this car has a soothing presence. The price ranges from $53,575 to $102,675. Of course, the E-Class comes in different forms – Sedan, Coupe, Cabriolet, and Wagon with every form with its respective engine. All E-Class models, however, use a 7-speed automatic transmission. The cost range starts from E350 with its 302-horsepower and 3.5L V6. Next is E400, made special by its turbocharged 3.0L V6 and 330-horsepower. The priciest is the AMG E63 S which many consider is focused on delivering a notable performance on the road with its 585-hp and 5.5L twin-turbocharged V8.

Basically, the Lexus ES’ platform is that of Toyota Avalon’s. However, this car’s longer wheelbase generates a more spacious interior, something the female drivers find very practical, particularly on the rear side. The car offers independent suspension leading to a smoother and comfy ride. Powered by a 3.5L V6 that makes 268 horsepower and delivers an estimated 21 mpg city and 31 mpg highway, the Lexus ES is an awesome choice. Also, this is partnered to a 6-speed sequential-shift automatic. On the other hand, the new ES 300h Hybrid runs on a 2.5L 4-cylinder Atkinson-cycle engine that is mated to an electric motor. With this combination, the performance can go high up to an impressive 200 horsepower and gets approximate of 40 mpg city and 39 mpg highway. Starting price for this car is from $38,000.

Women who have families go for the Toyota Prius. With a price that goes from $25,025 to $30,830, its fuel economy features are superb, reliability in its utmost wonder, and of course, the interior has got lots of space, making it a more than an efficient car for the family. The Prius is a work of art, no wonder its well-loved by many women, and even some men, too. Behind are Volkswagen Passat TDI, and Honda Accord. The more amazing thing about the Prius is that it’s beautifully engineered as the Porsche or BMW, although many people don’t look at it that way, this is actually a fact. Fuel economy wise, Prius has three forms – The Prius (standard), is a 4-door compact hatch. Second is the “Prius C”, which is smaller but can deliver a 4-door access for 5 occupants and a cargo space of 17 cubic feet. The third and the last is the “Prius V”, which is the biggest of the three. However, all models are powered by a 1.8L 4-cylinder engine connected to an electric motor.

If there’s something that makes Ford Fusion different, it’s because it’s all about drivetrain options. With Fusion, you get to have several engines and transmission choices, something that many women like in a car, especially when all these options are as equally as excellent as the other (in terms of fuel economy). These engines are 2.5L 4-cylinder, a 1.5L 4-cylinder turbo, a 2.0L 4-cylinder turbo, a 2.0L 4-cylinder hybrid and a plug-in hybrid system, while a 6-speed automatic transmission is partnered to all of them. More interestingly, the Fusion is available with all-wheel drive. Women are looking for more efficiency settle on having the Hybrid, Energi plug-in hybrid, and 1.5L turbo. The cost starts from $31,000.

Some women prefer an SUV, a smaller one. With this, the Subaru Forester comes to life. Perfect for women both in terms of aesthetics and function, it costs about $23,045 to $33,945. Despite it being smaller than a normal SUV, the interiors are surprisingly spacious that you’d expect, especially the rear seat. What makes it more ideal are its excellent visibility and intuitive controls. The Forester offers two engines, the base one being a 2.5L 4-cylinder with 170 horsepower. The other one is the optional turbocharged engine, which can go up to 2.0L and 250 horsepower. There are four variations of trims – the Base, Premium, Limited and Touring.

Basically, the Jeep Cherokee delivers four different trims and also with two engines as options. All trim levels are both available to front-wheel drive and 4-wheel drive. Cherokee uses a 2.4L 4-cylinder unit that produces 184 horsepower as a basic engine. It is capable of bringing up to 31 mpg on the highway when mated to 9-speed automatic and front-wheel drive, which is the standard one. Some women opt for a more powerful engine, thus, they go full length to a 3.2L V6, which offers 271 horsepower, boosting its acceleration. Additionally, Cherokee is nicely equipped, with standard items such as 17-inch wheels, keyless entry, automatic windows and door locks, Bluetooth connectivity, USB and auxiliary inputs for the stereo, steering wheel mounted cruise and audio controls and a 5-inch touchscreen.

A well-loved midsized SUV, the Highlander costs about $30,050 to $51,125. It is a top choice for women with bigger families as the car offers a more spacious interior. Not only is it spacious, its interior has also a family-friendly vibe going on, something that appeals to female car owners more. Being a well-received family car, it’s no wonder that its robust reliability is one of its impressive assets. Behind the Highlander are Lexus RX and Lexus GX.

Of course, women also love them wagons. And in this category, its the Subaru Outback that scores the highest. Handling is very car-like but the utility is more of SUV, which is remarkably outstanding. Being an all-wheel drive, the roomy interior makes any kinds of trips worth driving for. Behind the Subaru Outback are Toyota Prius V and Toyota Sienna (FWD). Offering four configurations – 2.5i, 2.5i Premium, 2.5i Limited and 3.6R Limited, the Outback performs rather splendidly on the road. The 2.5i models run on a 4-cylinder “boxer” engine with 175 horsepower. The 3.6R, on the other hand, runs on a 6-cylinder boxer with 256 horsepower, apparently offering super extra power. Also, with the 2.5i, car owners can expect to have around 28 mpg in combined city and highway driving.

Offering six trim levels – the LX, EX, SE, EX-L, Touring and Touring Elite and all powered by a 248-horsepower, 3.5L V6 engine that goes with a 6-speed automatic transmission, the Honda Odyssey is a favorite among the ladies because of its refined-riding and precise-handling. It is also important to note that because of its ACE body structure and enhanced frontal area, it is highly regarded as one of the safest minivans on the market. It is also a great deal of efficiency and comfy level that this vehicle is designed to make the passengers feel very relaxed.

So, these are the 10 cars that women love and will continue to love. They’re loyal like that.