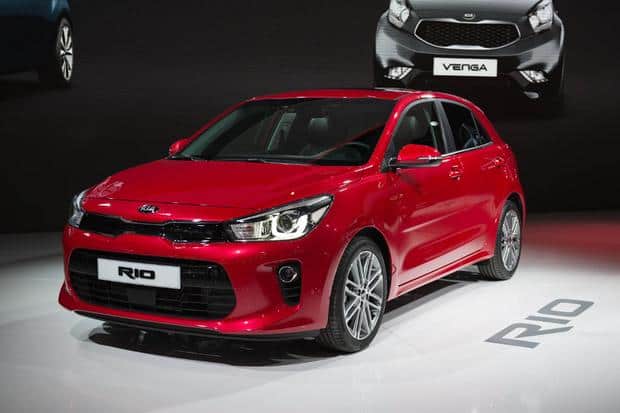 It has been a long trail into the past when the hatchbacks and compact sedans became common. The present day market leaders of the small cars are merely by chance the market leaders. The economic slump and the ongoing famine in some parts of the world make them take a lead role in the automobile manufacturing. While wonder creation is destined to some. The Kia ranks among them. Alongside it is even ranked amid the top 10 small car manufacturing companies of the world.

The Kia Rio, yet another small car, was introduced in Y2K. Actually, it was the replacement of the Ford Festiva rebadged as Kia Pride. Along with that it even succeeded the Kia Avella. Pride and Avella were even the small-sized consumer friendly cars. Due to the rise in the competition that inaugurated with the new millennium, it was essential to launch a new car. Ultimately Kia introduced Rio. It was introduced in the market in the autumn of the year 2000.

The first generation was titled differently for each market. For the North American market, it was called Rio Cinco and Rio RX-V and for Chile, it became Rio Look. In 2005, Rio entered its second generation. Here it was marketed as New Pride, Rio-5, Sephia Sport and Rio Xcite. While presently, besides Rio, it is even called K2, Rio R and Pride.

The Fourth Generation Kia Rio has been introduced for the model year 2018. It will be launched in the market by the second half of 2017.

The Kia Rio has a variety of gasoline and diesel engines. Well, the North American market gets the 1.6 L inline-4 GDI (gasoline direct injection) engine as standard. The powertrain is rated at 138 hp making 123 lb – ft of torque. This performance line is mated with the 6 – speed electronically controlled automatic transmission. However, a 6 – speed manual is available for the Kia Rio LX sedan.

Well, you really can’t expect a massive performing instincts in this car. But for the driving enthusiasts, Kia has introduced the Rio GT. It’s a hot hatch with an increased performance level. The Rio GT get the turbocharged 1.6 L inline-4 engine, which makes 201 hp @ 195 lb – ft of torque. On top of that, it takes less than 7.5 seconds to launch from 0 to 62 mph. But it has not been launched yet.

The fuel mileage of the Kia Rio is quite excellent. It delivers 30 mpg (North America) and up to 38 mpg (rest of the markets) as a combined fuel mileage.

To be honestly speaking, the Kia Rio hatchback looks more charming than the sedan. While the sedan looks like a trunk attached to the hatchback. The sedan gives a pretty grumpy look. On the other hand, the hatchbacks have the Kia’s Signature Tiger Nose grille. Further, they even have an improvised front bumper design with a sporty rear design.

The base models get the obsolete radio and music player. Although this product is not obsolete. But cars does not even have it commonly nowadays. The mid-level trim gets the 4.3-inch infotainment system. And it just acts as an audio system. While the upper trim has the 7-inch infotainment system with navigation, voice recognition and SiriusXM® multimedia.

A consumer level car needs to follow some strict safety standards. Well, it’s pretty good on Kia that it makes all the safety equipment available in every trim level of Rio. The Rio has ample amount of passive safety articles. It has plenty of airbags, anti-lock braking system, LATCH and rear child locks.

In the column of the active safety, the Rio features stability management, electronic brake force distribution, hill start assist and some other features. Indeed, it’s a pretty safe car to drive.

The Chevrolet Sonic is sound, strong, attractive and comfortable. Luckily, it is the closest competitor of the Kia Rio. And frankly speaking, Rio really ranks lower than Sonic.

The Kia Rio is low price, safe and economical (in terms of fuel mileage). If you are looking to save some fueling budget, then Kia Rio could do for you.