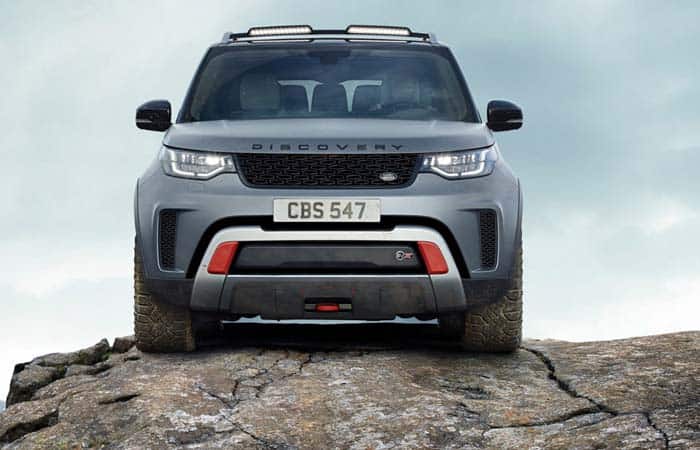 The mesmerizing memories of the vintage SUVs serve us with the delight of sheer power and unbreakable performance. Especially the SUVs built for the military purposes were more like the turret-less tanks. But the business competition and the technology has improvised the life of SUVs.

In the 80’s some leading SUVs were developed. They had unique body structure and had powerful drivetrains. But with time, that lost their girth and stood among the weak mules. One such lady is the Land Rover Discovery.

It was 1989 when the Discovery was introduced. She was one of the best British manufactured SUV of her time. But the fate of Land Rover Range Rover and the Jaguar let the fortune of this SUV into shambles.

Well, the first generation was divided into two series. The first one ended up in 1998 while the second one finalized in 2004. In 2004 the Discovery entered its second generation which was even divided into two segments. First one being the Discovery 3 and the second one being the discovery 4. Here in North America, they were recognized as LR3 and LR4. Precisely, the fifth generation was supposed to be the LR5. But Land Rover eliminated all these figures in 2016. Now it is just famous for All-New Discovery.

There are 5 different powertrain options available for the Land Rover Discovery. But their performance schedule is quite lethargic.

The base version gets the 2.0 L Ingenium 4-cylinder gasoline engine. Well, it has nothing to do with the North American market. But in rest of the world, it is the beginner powertrain. This powertrain gets 296 horses with 295 lb-ft of torque. The diesel drivetrain comes next. It is the same caliber engine but with a twin-turbo shot. It makes 237 hp of power with 369 lb-ft of torque. Thanks to the twin-turbo for making it run faster. Otherwise, the Discovery would have been a heritage.

The 3.0 Supercharged V6 Petrol engine is the base version for the North American market. This powertrain is capable of making good 340 horses at 332 lb-ft of torque. Well, if the gasoline engine could be supercharged, then why not the diesel one. The 3.0 diesel is the turbocharged V6 engine with 254 horses galloping at 443 lb-ft of torque. Once again, thanks to the super and turbochargers that have balanced the performance of this car. Otherwise, as said, the discovery was more like a lethargic mule.

The only performance trim available in the Discovery series is the SVX. It gets the 5.0 Supercharged V8 engine with way more horses and torque. And that is what makes it rank among the sporty SUVs.

Well, all of these powertrains are mated with the 8-speed automatic transmission. In addition to the performance, the handling of Discovery is even at par. It stops well, turns well and even drifts fine. But it does not have agility and quickness.

She seems more like a burden laid off by Land Rover!

The Land Rover Discovery has a pretty decent appearance. It does not seem aggressive like the common SUVs. Instead, it has pretty unorthodox looks. The front fascia gives a grump look like an old cat sitting angrily. Though the headlamps have the LEDs she still seems like she is not happy. Well, the bumper vents are quite useful when you have equipped the V6 machine. But for the static inline-4, such big vents are just questionable.

The base version gets the 19-inch alloy wheels. While the upper trims enjoy the 20-inch wheels. Well, the rear gives the whole old stubborn appearance. It looks pretty huge and annoying. Further, the Discovery is not really aware of the aerodynamics. It just gets a pinch of this science. That is why the performance does not even get much support.

The total attraction for this SUV is based on its interior. It gets the exclusive premium leather for the seats and the accent trims. Along with that, the door panels get the acoustic wood. Further, you get two sunroofs for an enjoyable ride.

The interior setting is quite gentle. Everything is appointed at its right place. On top of that, the Land Rover Discovery is quite roomy. It has space for 7 people including the driver. And every one of them could sit comfortably.

With all the 7 seats up, you get 9 cubic feet of space for the cargo. If you fold down one seat, the cargo space increases by 15 cubic feet. Another seat down adds in 18 cubic feet of more space. If you go with 4 seats you get 52 cubes. Well, if you decide to have just one rear seat up then you get 68 cubes. Finally, with all the rear seats down you can carry up to 77 cubic feet of cargo. Indeed, here Discovery becomes a van.

Well, if the Discovery would have got a decent performance and handsome exterior design, then it would have been a fantastic SUV. But that is her fate, what can we do.

The Discovery comes with the 10-inch touchscreen infotainment system. It is a custom built system with a number of its personal features. Like it has navigation, smartphone connectivity, multimedia and charging support.

Further, you get the 12.3-inch driver’s cluster display with customizable options. It displays the driving information, the song being played, telephony and navigation.

Two 8-inch optional screens are available for the rear seat passengers. These are installed behind the headrest of front seats. Well, it offers nothing else than entertainment. In addition to that, the Land Rover Discovery is made audible with the Meridian 10-speaker sound system. And the Surround Sound support is optionally available.

The Land Rover Discovery has sufficient amount of passive safety equipment installed in it. While the active safety features include stability control, cruise control, anti-lock braking system and the traction control. Besides, the structure of the Discovery is quite strong. Naturally, it reduces the impact of the collision.

Away from all the tech and specs, the safety is purely dependent on the driver. You drive safe, you stay safe. You drive unsafe, you will hit.

The BMW X6 is as powerful as the Discovery. But it is more attractive and has a comfortable interior design. Basically, it has more features than the Discovery.

Well, the Land Rover Discovery is a good option if you have to choose a car for a jungle adventure. But if you need something to enhance your daily riding quality, then you would have to choose something different.