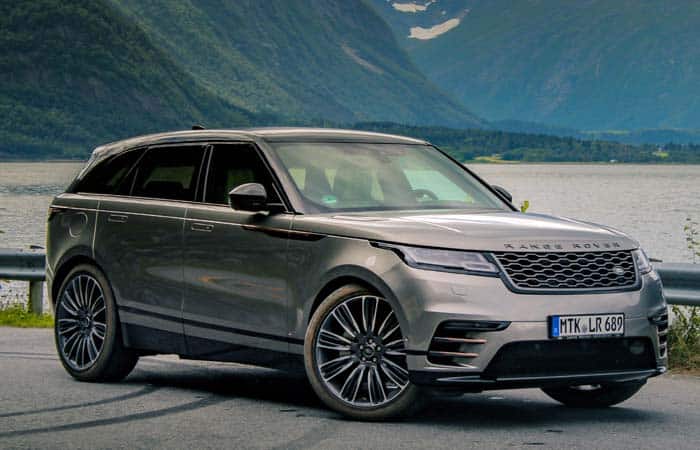 The actually SUV brands need to have something encouraging to stay in the business. Well, too many of the companies have died out. But there are some still alive. Like the Jaguar Land Rover, that is striving ahead with its Range Rover series.

Well, recently the Jaguar Land Rover added the Velar under the Range Rover banner. The Velar was once the production label for the Range Rover SUVs. But now it has been created as an independent model. Certainly, since the last upgrade of the Land Rover Range Rover, the company had been busy in creating a new model.

By the start of 2017, the initial photos of the car were released. Definitely, that was the Facebook that got the initial picture. While just after a few days the Velar was officially displayed during the London Design Museum event. Well, that was just a kind of informal official trailer. But the official introduction was given a week after during the Geneva Motor Show. And by the mid of 2017, the Range Rover Velar was made available at the JLR Showrooms.

Just a few weeks went ahead when the Velar came into the United States. And that was launched as the model of 2018. Well, the design is not much different than the rest of the JLR SUVs. It is not shy to the off-road, performance is worthwhile and the design is similar to the rest of the Range Rovers.

Well, the model range includes up to 4 versions. And the asking price begins from flat $65,195 and increases up to 90 grands.

Now let’ go ahead and explore what is new in this Land Rover Range Rover SUV.

When we got the introduction of the Range Rover Velar, it felt like we are hearing about some F-Type Jaguar. They have the similar kind of powertrain variation. Well, the base models are blessed with the gasoline engines. The first one to join is the 2.0 L turbocharged 4-cylinder engine with 250 horses with 269 lb-ft of torque. Well, the same engine is available with 50 more horses at an additional price. Obviously, that sounds a way to create a different model line.

The diesel engines are pretty much similar. The 2.0 L turbocharged 4-cylinder engine comes with the entry-level version with 180 decent horses pounding at 317 lb-ft of torque. In addition to that, the upscale 2.0 L comes with twin-turbocharger and 240 horses. Here the torque jumps to 369 lb-ft. While the base 3.0 L V6 gets 258 hp of power and the tuned version gets 300 hp.

The Velar shares its exterior design with the Range Rover Discovery. In the first look, both the vehicles seem similar. But when you get into some detail you realize that they both are different. Well, the cosmetics include the LED lights, 18, 19 and 20-inch alloy wheels, the shark fin antenna and a rear spoiler. Ahead of that, the Velar is 189-inches long, just 6-inches shorter than the Discovery. Further, it weighs 4,319 lbs, which is almost 600 lbs lesser than the entry-level Discovery.

Well, the Range Rover Velar is even an aggressive fella just like the other Land Rover SUVs. The aerodynamic principles are quite strongly followed in the design. Its road grip is fine enough to keep the car steady at fast speeds. While the drag coefficient is even lesser to make it drift through the sharp turns.

The interior appointment is decent in this car. It houses the cloth and leather seats, black fiber trim and the leather-wrapped steering wheel. Though the ingredient does not really make it extremely luxurious. But the way they are set in this car, it makes them seem practical. Well, the Velar has plenty of space in it. The front row offers a whole lot of room to sit. While the rear row is ample spacious to get in three folks. The central rear seat is installed for the kids with child safety.

Well, the Velar offers 34 cubic feet of space for the cargo. That is sufficient to carry luggage for a long journey. While this space is without folding the rear row seats. And with the folded seat space increased to 49 cubic feet.

The Range Rover Velar comes with the 10-inch touchscreen infotainment system. It is the same system that you get with every other Land Rover. Well, it has the 4G capability, the Wi-Fi, Bluetooth streaming and supports telephony. Further, the Velar gets the 12.30-inch TFT driver’s cluster display. It displays the performance rating, the navigation, and some other options. Ahead of that the 8-inch entertainment screen is available for the rear row passengers. Certainly, these are the mini-TV screens.

The Mercedes-AMG GLC43 4Matic is one of the finest competitors of the Range Rover Discovery. The exterior design, interior level as well the performance scales are quite similar to both the cars. And they both are high-level luxury SUVs.

The Velar has just recently started its carrier. And in the beginning, this car has received a good response. Seems like Land Rover would take a lot of benefit from this SUV.