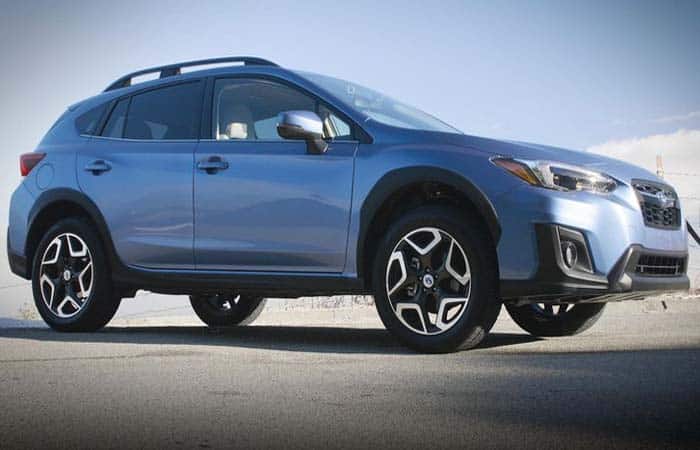 Sometimes the automobile manufacturers do not get many ideas to build new cars. And what they do is that they convert an existing car into a newer version. Well, this is what Subaru has been doing with the Impreza. A number of variants have been created based on Impreza.

One of the SUVs has also been created based on the concept of Impreza. It is the Crosstrek which is even known as XV. The Subaru introduced the concept design of this car in the beginning of 2011 during the Auto Shanghai.

A few months later, the commercial production vehicle was displayed at the Frankfurt Auto Show along with 20th Indonesian International Motor Show. This car gets its platform from the 5-door hatchback Impreza. Even the performance mechanism is borrowed from her elder sibling. While some of the exterior looks have been designed separately. And even the interior has some differences.

Well, the North American market got its share in 2012. It was the New York International Auto Show where the Crosstrek was unveiled for North America for the first time. Here it was known as the XV Crosstrek. But later the folks knew that it is just the Crosstrek or just the XV.

Up till 2017, the Crosstrek was available in the same design with just mild improvement. But in the summer of 2017, a newer version was introduced. Actually, the Impreza got into its fifth generation which forced Crosstrek to get an updated version. And ultimately the Corsstrek became a bit fatty than it was before.

The Subaru Crosstrek comes with a 2.0 L 4-cylinder engine. That is the basic and only drivetrain available for our market. This pairs up with the 6-speed manual transmission. While the CVT is optionally available.

Well, Subaru says that the Crosstrek is one of the economical SUVs alive. And they provided the combined fuel mileage to be of 30 mpg. While our tests depicted a different story. We got 4 mpg less than what Subaru stated. Though we tried a lot of things on this car to get more than that rating. But it all went fruitless.

The manual transmission worked out pretty well. The torque balancing was fine and the car moved pretty quickly during the shifts. Well, with this drivetrain we accelerated the Crosstrek from 0-62 mph within 9.2 seconds. And we managed to reach 123 mph at max.

When we moved to the variable transmission, we felt a bit of lag in the performance. The acceleration fell down a bit and it went slower through the sharp corner.

Besides the 2.0 L engine, the Crosstrek is also available with the 1.6 L inline-4 cylinder engine. This is a Euro-spec engine with 113 horses pounding at 111 lb-ft of torque. And the 6-speed manual is the optimal combination for this powertrain. As per some words, this 1.6 L engine is now just available in few territories. Somehow it has been discontinued.

Precisely, the Subaru is keeping this big size Impreza to stay with the 2.0 L engine. Though not as economical as Subaru thinks. But still, it has some decent mileage. And the ride is not bad at all. It moves smooth and quicker within the city. But when it moves to the highway, this powertrain struggles with the high speed.

Well, as said, the Crosstrek is a grown-up Impreza. We have seen a lot of cars growing up in a bigger body style. And have even witnessed some shrinking down from a big size into a smaller one. Well, that is natural!

The front fascia is an improved Impreza with the Subaru signature grille. Further, it gets the Subaru’s favorite 18-inch alloy wheels, usually standard on the limited edition. While the starting and the midlevel get the 17-inch wheels. The 225/60 all-season tires are standard for the base versions. While the 225/55 are available with the Limited model. The halogen lamps are for the base and mid version. While the upper trim gets the LED headlights.

The rear gets some serious modification. Obviously, when you have to convert a hatchback into an SUV, you need to adjust a lot of things. The design has been modified with a crossover fall, roof rails, and improvised aerodynamics.

Cloth seats are the fate of the entry-level model. While the mid-level Premium gets the same with orange stitching. Leather seats, leather-wrapped steering wheel, and gear knobs are all the fate of the upper-level Limited model. Even the base version get the manual adjustment for seats. While the power adjustment is only available in the top trim.

The front row spacing is fine in this car. While you might not like the back row seating. Though theoretically there is 36.5-inch of legroom available in the rear. But practically it is more like smashing your legs in the front row seats.

Well, the Crosstrek offers 20.8 cubic feet of space for the cargo. And when you put the seats down, you get a good knock of 55.3 cubic feet.

The entry-level trim comes with the 4-speakers audio system. The premium and the limited get 2 speakers additional. While the Limited gets the option for the Harman Kardon audio system. Further, the lower trim and the Premium get the manually adjusted air conditioning system. While the automatic climate control zone is only available in the Limited edition.

The Subaru offers a plenty of features for the safety of this car. The Crosstrek is equipped with dual stage airbags, rollover sensors, whiplash protection, adjustable seatbelts and child safety door locks.

The Crosstrek takes a good position on the leaderboard. In some categories, it is ranked third. While in some other it gets the second position. Well, generally the Mazda CX-3 is the closest competitor of this car. The CX-3 has sound performance, better mileage and is more fun to drive.

But still, the Crosstrek is a good option if you are looking for a low cost or entry-level SUV. It offers economical fuel mileage and decent performance logs.