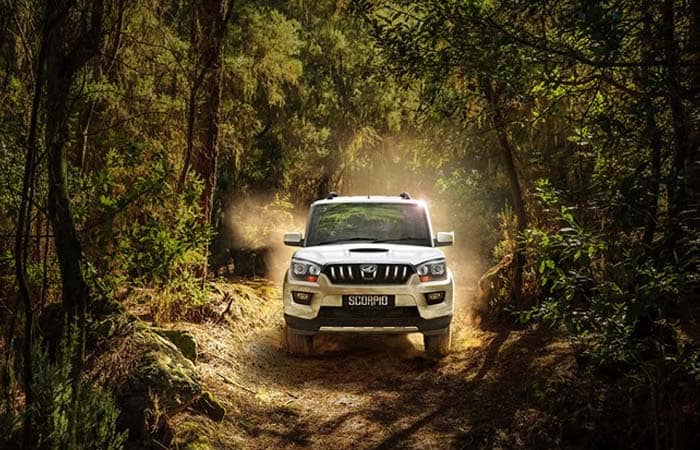 The emerging markets are tending towards the global response. They are producing cars to be released in North America, Europe and Oceanic regions. Well, the Mahindra is among the notable companies from the developing regions. Since long this company has worked on the automobile creation. And it had been researching the new forms for the auto-making. Certainly, the fruit is in shape of the Scorpio.

That was the summer of 2002 when Mahindra introduced the Scorpio for the first time. The Indian summer season is quite hot. The sun flares, heat and humidity make the weather pretty exhaustive. But that evening when Scorpio was launched for the first time, there was some cool wave of joy.

Well, that was the first time when Mahindra ever produced a SUV. Soon after its introduction, the Scorpio was released worldwide. Everywhere the vehicle was launched with the same nameplate. While in Europe the title had to be changed to Goa because of the already existing Ford Scorpio. Well, the Ford Scorpio is gone but this vehicle is still known as Goa.

The notable markets include Australia, Far East Asia, South Asia, the Middle East, Russia, Southern African region and Europe. The Mahindra did try for the US but they could not make it here. Though they were set up to launch the Scorpio in the North American markets. But some legal issues forced them to leave this portion.

The Mahindra Scorpio starts from $14,195. And the finest model could be acquired for as low as $25,377. Well, the present day rating for this car is just at par. Almost 60% of the people said they would prefer buying the Scorpio. While the rest would prefer to shop around elsewhere.

The global market demands a lot from the SUVs. The conventional auto making pattern got obsolete in every generation. And every next era longed for something powerful with lower mileage cost.

The Mahindra Scorpio is modern in many ways. But most of the design concept is old fashioned. The base version comes with the 2.1 L 4-cylinder turbocharged engine. Well, this machine can produce up to 75 hp of power with 147 lb-ft of torque. The CO2 emission is certainly unchartered which left this channel away from the developed regions. This drivetrain is matted with the 5-speed manual transmission.

The next step in is the same engine with turbocharger and a common rail. This is the tuned engine with the load of 140 horses pounding at 236 lb-ft of torque. Well, this is the newest version introduced for the Mahindra Scorpio. Further, it comes matted with the 6-speed manual transmission.

The final engine is the 2.5 L 4-cylinder with a geometrical turbocharger. Well, this engine produced 120 hp of power and comes mated with the 5-speed manual transmission. It is the heaviest engine in the whole Scorpio series, but the power rating is just subtle enough to tow the structure.

The Mahindra Scorpio even gets an option for the 6-speed automatic transmission available in some European markets. Ahead of that, the 4WD is also available for this SUV. Well, this 4×4 configuration adds a good handling control. While the power distribution is slightly changed.

The handling is pretty fine for the roads and pavements. The braking is sharp while the steering control is a bit lousy. Overall, the Scorpio does stand a chance to compete for a lot of SUVs. But not the ones with electrolyzed structure.

The exterior designing is pretty simple. The Scorpio is a box-shaped SUV with a flat frontal design and a straight rear design. Well, the cosmetics include a chrome grille, 17-inch alloy wheels, a flat tailgate, projector headlamps, LED DRL and LED tail lamps. Further, the Scorpio gets turn indicators in side mirrors, the fog lights, and the roof rails. Well, this SUV even gets a rear spoiler and a front hood.

The interior appointment is decent in this cars. It gets leather seats and leather-wrapped gear knobs and steering wheel. Further, there are plenty of convenience spots in this car. Like it has cup holders, smartphone holder, and 12v charging points. The seating space is pretty fine in this car. Up to 6 people including the driver can sit in this car. In addition to that, the rear seats are quite spacious. While the cargo cabin gets sufficient after the third row is folded down.

The Scorpio comes with the 6-inch touchscreen infotainment system. It is mainly a multimedia system that supports the Bluetooth streaming, smartphone connectivity, navigation, and telephony. Further, the system displays performance status of the car. Well, the navigation is a bit hard to understand. Though it has a lot of colors. But the interface is a bit unfriendly. In addition to that, the Scorpio gets a colored cluster display that shows mileage, distance traveled and the ongoing transmission. Well, the voice recognition is also available for this SUV.

The Mahindra Scorpio includes almost everything required in the passive safety column. It gets dual frontal airbags, stretchable seatbelts, and the safety cage. Further, the Scorpio includes the anti-lock braking system, tire pressure monitoring system, parking sensor and the rear view parking camera. The driving assistance includes rain and light sensors and cruise control. Well, that is all that you can avail with the Mahindra Scorpio or the Goa.

The Tata Hexa is the national competitor of the Mahindra Scorpio. They do have some difference in the performance, styling and interior level. But they both belong to the same region. And the market perspective of both the cars is quite similar.

The Mahindra Scorpio is a good step from the emerging market. A continuous effort would certainly make this car notable around the world.