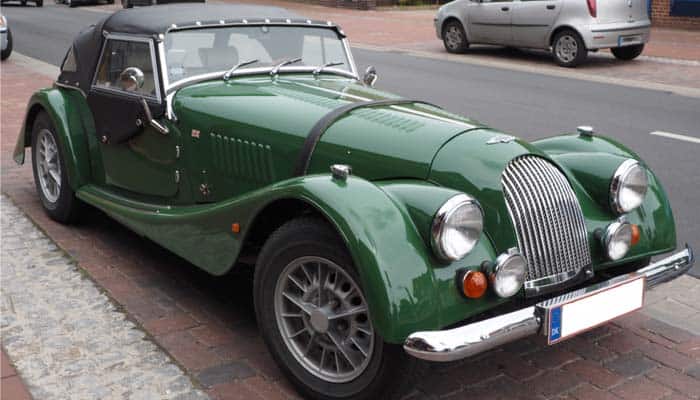 How would it feel like driving a sports car made in the late 1960s with everything primitive inside and outside? But its driving mechanism is relatively quiet fresh? Well, that is what Peter Morgan’s Plus 8 has for you.

The first ever design was built in 1968 on the footings lead by Morgan Plus 4. Maurice Owen led the design team and went successfully in creating the fastest accelerating car in Britain. But this fame could not last for long.

Well, the company did not really alter the design much. Instead, they kept it almost in its original shape like what it was actually. But just a few improvements have been made. In 2003 the company marked the 35th birthday of this car. While soon after a year the production was halted because the powertrain reached the end of life. Well, the company was never able to produce any engine of its own. And it made its cars live on the systems borrowed from Land Rover and some other automobile producers. 8 years later, the Morgan got into a truce with BMW to borrow the mechanism to keep the Plus 8 going.

The Morgan Plus 8 found its way in the North American market as 8s, run using the propane fuel. But soon as Rover decided to produce less emission gasoline engines, the company got a lucky charm to move the actual gasoline version into the market. While this did not long last, as the revised NHTSA standards ceased the sales of this car based on its older airbags.

But it is still getting a decent spot in the European market. Though it is not a trendsetter, it is a gift for a lot of Morgan Plus 8 lovers. 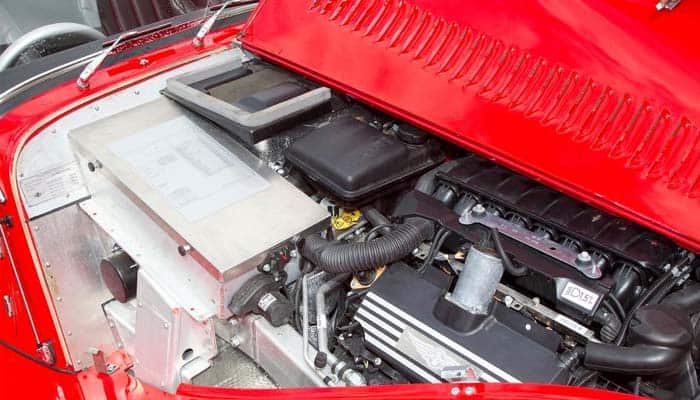 Morgan Plus 8 completed its 50 years of production in 2018. While it includes the recess it took when Rover discontinued its V8 engine. Well, in 2012 Plus 8 received a tip from BMW for its powertrain. The company successfully borrowed the 4.8 L naturally aspirated V8 engine capable of making 367 hp of power at 370 lb-ft of torque. Further, the 6-speed manual remains the standard transmission line for the car. While the 6-speed ZF automatic optional transmission has been recently added.

Well, the company states that Plus 8 could achieve 0-62 mph within 4.5 seconds. While what we tried was 4.9 seconds. And our Plus 8 reached 151 mph, just 4 mph short than the company’s prescription. Ahead of that, Morgan Plus 8 could deliver you 24 mpg as the combined fuel mileage.

The CO2 emission standards are yet to be maintained by the company. The automatic version emits 256 g/km of carbon dioxide while the manual version adds 30 more grams of pollution. Although the emission is pretty lower than its previous generation. But still, it is not enough to meet the North American standards.

If the Morgan had been producing the power mechanism of its own, the Plus 8 would not have been under any irate situation. Time after time the company had to add something to the car to balance its emissions and performance. And each time that had to spend some more cost on such trivial trades. Well, it seems pretty much obvious that when BMW would discontinue this V8 mechanism, the Plus 8 would fall into another exile. 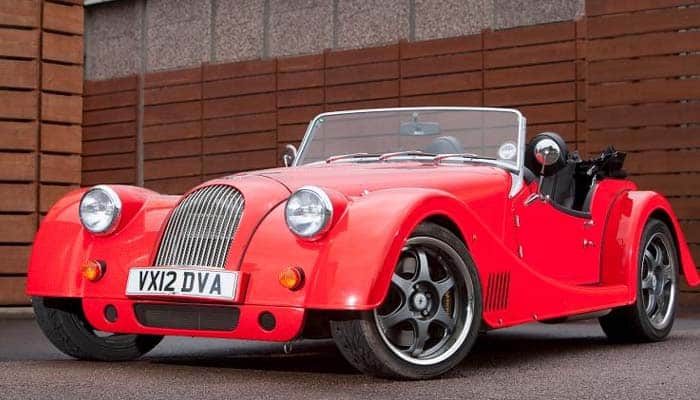 The Plus 8 carries the way old design that introduced back in 1968. It is a convertible with a soft top. Further, nothing has really much changed on this car. Besides, the Plus 8 has widened up to 64 inches from the actual 57 inches. While a wide body option is available which is 67 inches wide. Well, with a much powerful BMW engine, the company had to make some improvements to balance its power. Certainly, the wheels design was improved to keep the road grip intact. Further, all the classic components, which include the grille, headlamps, fog lights, and the taillights are same as they were before.

This is indeed a classic car to drive! 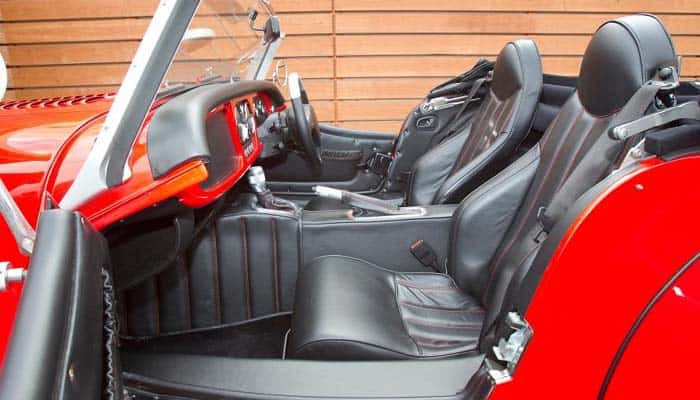 Like the exterior, the interior is even blessed with the classical structure. Well, it is really an attraction for the classic car lovers. But it carries nothing similar to modern day cars. Each and every bit in the car can be criticized but the refinements are well-versed to make it a retro sports car. While some unfinished jobs make it look odd. Much like the bare wires behind the dash and uneven glovebox give a pretty dirty ambiance.

Ahead of that, the Morgan Plus 8 offers space for two. While there is no space for the cargo. There is just a box fitted behind the seats that you could utilize to put something like files or papers. 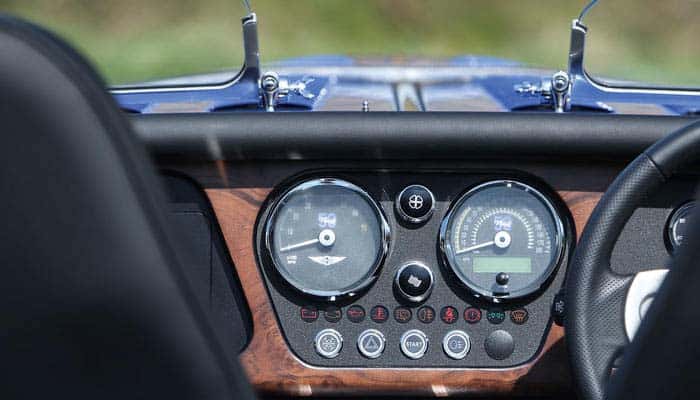 Technological features are far behind the concept of the Morgan Plus 8. It does have the Alpine music player. But there is no infotainment system or a navigation panel. Even the tachometers are styled like what they in 1968. But thanks to Morgan for adding some safety lights in the car, such as the seat belt reminder. 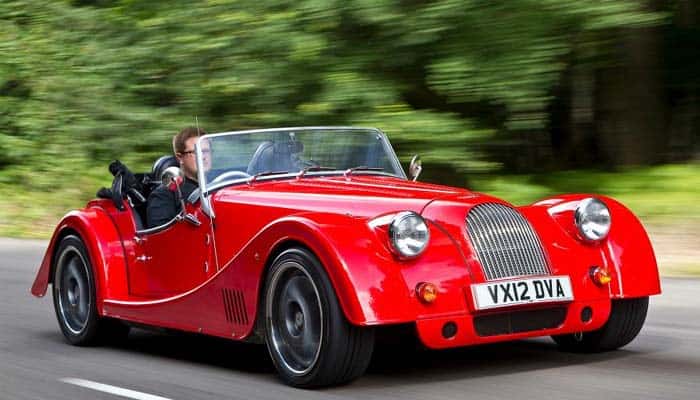 Plus 8 had some issues with its airbags and it was disqualified by NHTSA for the North American sales. But the company has not fixed any such issue. Well, under the safety column it only gets the antilock braking system, the seat belts, and the odd airbags. Nothing more is available for this car. 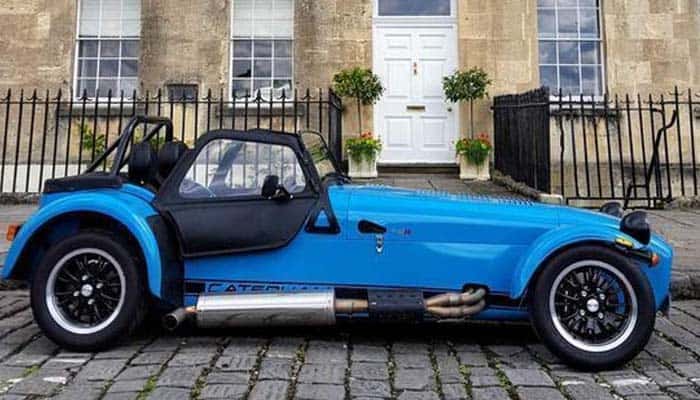 The Caterham 7 is yet another retro car from Britain. The Britons are quite fascinated by the classic cars. And there are plenty of examples available in the Isles. Well, the Caterham 7 just carries an inline-4 cylinder engine, but superlative supercharge category brings it closer to the Plus 8. These both cars are truly an attraction for the classic vehicle lovers.

But they could hardly inspire any driver having a taste in the present day vehicles. These are indeed the choice of taste and collection.