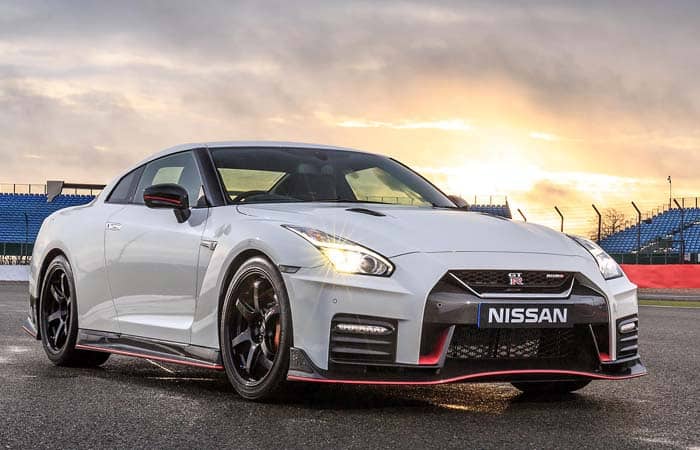 Nissan has done various experiments on the GT-R. Previously the GT-R was launched as the model of the famous Nissan Skyline. But later it became gained an independent entity based on its fame among the performance enthusiast.

Well, the GT-R has been in the service since 2007. While in 2014, Nissan introduced the NISMO edition of the GT-R. The NISMO is actually the acronym of the Nissan Motorsports. And it is only added to a few series, including the GT-R. Well, the NISMO editions are equipped with high-performance specs, sharper exterior configuration and the sporty interior. It normally converts the standard version into a track based street-legal variant.

The Nissan GT-R NISMO only remained active for the model of 2014, instead, it moved onto the next models as well. While there have been no major improvements made so far. Besides some aftermarket improvements that only enhanced the exterior and interior designing.

Presently the GT-R NISMO is priced at $175,500. And it comes available with numerous add-ons. While these add-ons can surely add up $10,000 to 15,000 to the price. Further, the enhancements are only available for the exterior cosmetics or the interior ingredients. But the performance mechanism remains untouched.

Ahead of that, a limited edition GT-R NISMO N-Attack is also available with the track best NISMO parts. But the variant is limited to the North American and the Japanese markets.

Well, the Nissan GT-R NISMO carries the same drivetrain like the rest of the variants. But it offers more power than the rest of the models. The 3.8 L twin-turbo V6 engine offers 600 hp at 481 lb-ft of torque. While it is 38 hp more than the standard models. Further, it comes with the same 6-speed automatic dual-clutch transmission.

The GT-R NISMO is supposed to run faster than the standard models. And indeed it does run fast. But not as fast as expected. Because Nissan has contributed the additional horses to enhance its handling specs and the driving quality.

The NISMO edition is softer and gentle than the standard GT-R models. The steering column gives a decent twist while taking turns. And the torque vectoring segment adds more power to the handling over sharp turns. Certainly, the GT-R NISMO would not roll over, like one of the examples we have with the standard version.

Ahead of that, the GT-R NISMO can launch from 0-62 mph within 2.6 seconds. And she might go above 196 mph. But still, there is no record available. Well, the NISMO edition holds the best record for any GT-R drive at Nurburgring.

The GT-R NISMO includes a sharper design with the more aerodynamic application. The key exterior features include the 20-inch alloy wheels, carbon fiber trunk panel and air ducts with a carbon fiber spoiler. Further, the improved aerodynamic lowers the ride height and enhanced the performance under the wind tunnel. While the winged shape spoiler adds some fuel to the downforce of the car. Certainly, these cool factors make the exterior ambiance prominent than the standard GT-R. And nevertheless, this is a pure attraction in this car.

Well, the NISMO has certainly added carbon fiber to the exterior designing of the GT-R. While the rest of the shaping remains the same besides the weight. The NISMO edition weighs 38 lbs lesser than the actual model.

When you get inside the GT-R NISMO you would find black and red suede ergonomic seats. While the dash and the steering wheel even gets suede cover on them. Further, the red and black color combination is common within this car. While the appointment seems old-school. Ahead of that, the spacing for two is convenient. And likewise, it offers a few convenient spots. And there is no much space available for the cargo.

Certainly, such an option is good enough if you are working as a cop in Dubai. But when you are planning to take your kids out for a joy ride, then the GT-R NISMO might not help you.

The GT-R NISMO gets the 8-inch touchscreen infotainment system. Well, this is the same system that is available in the rest of the GT-R. Further, the features include MP3 player, SiriusXM satellite radio, Bluetooth streaming, and telephony. The old-school steering wheel comes with the audio controls mounted. Ahead of that, navigation, Apple CarPlay and voice recognition are also included. The GT-R NISMO features keyless entry and push-button ignition. And the tachometer is also available.

The entertainment column includes the Bose Audio system with 11-speakers and dual sub-woofers and separately features the active noise cancellation.

The actual GT-R and the NISMO edition gets the same features for the safety. And in a way, their safety ratings are even the same. Though the NISMO offers some enhanced handling traits. But they minimally affect the safety response of the car. Further, the prominent safety features include the antilock braking system, traction and stability control, parking sensors and cameras and the cruise control with controls mounted on steering wheel.

The Audi R8 is a fully packed sports car with plenty of luxury features and attractive styling. While its performance specs lies a bit lower to the Nissan GT-R NISMO. But in all non-performing competition, it beats the GT-R NISMO pretty strongly.

The GT-R NISMO is certainly the choice of the Nissan fans or the GT-R lovers. But it may hardly attract any new traffic. And that is all because of its obsolete styling and out of fashion cosmetics.