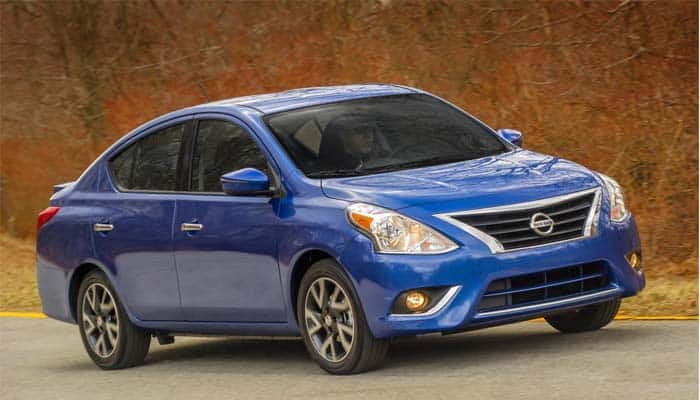 Whatever you call it, a car remains a car. Well, we have seen a lot of sedans priced over $15,000. But here we have something from Nissan that starts just from $12,000. Though it was once a hatchback now it has grown into a sedan. But the price difference is pretty much absent.

Well, here we have the Versa which is the rebadged version of the Nissan Latio. The Versa is the sedan version of the Nissan Versa Note, the hatchback notable for its cheaper price. Not just the Versa Note, but the Versa itself is very much cheap. Certainly, you cannot really expect a sedan to be this much cheap. This model is specifically created for the North American market. And that was the New York Auto Show of 2011 where it was displayed for the first time.

The acknowledgments for this car are based on its price. In 2013 it was considered as the Least Expensive Sedan in the USA. And even it had some good sale figures in the US because of its cheap price. But it did not attract the Canadians. This resulted in the discontinuation of the Canadian version.

While still it is remarked as one of the Best-Selling Car in US and Mexico. The power rating is fine for a city drive. And even the interior specifications are sufficient for a decent everyday ride. Well, it is available in 4 models. The cheapest is the S, which is priced at $12,110. The S Plus takes $2,000 more. While the SV and the SV Special Edition are priced around $16,000.

This whole lot is pretty cheap. And guess what, this cheap price attracts the taxi and the Uber drivers. 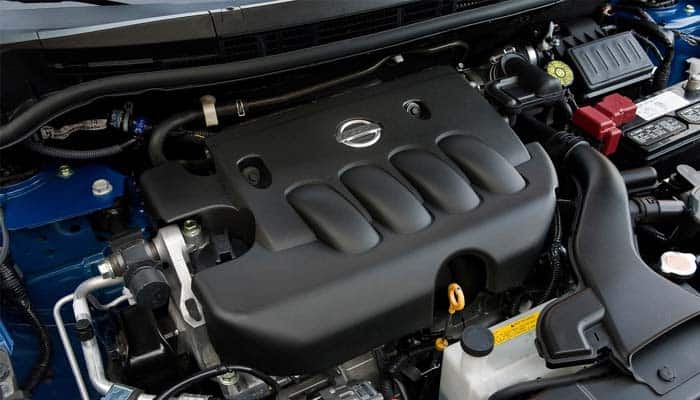 The Versa does not offer you too much power or thrilling performance. Instead, it has everything you need to save on fuel and cut down the maintenance cost. The performance mechanism includes a 1.6 L gasoline engine available in all the Versas globally.

Well, this mechanism offers 109 hp of power with 107 lb-ft of torque. A lower fuel mileage in the basic fashion of this car. The combined average mileage delivered by this car is 35 mpg. While if you put it on the track, you will only get 110 mph at the fastest speed. Even it takes 9.2 seconds to launch from 0-62 mph.

Certainly, the Versa is not designed for the performance. Instead, it has been designed for those who look forth in saving some money and reducing their expenses. Surely, its face price, maintenance cost, and the fuel expenses would definitely save you a good amount to hike the Mount Godwin Austin.

Further, the Nissan Versa comes with the 5-speed manual transmission. While the CVT is available for the upper trim levels. Here the CVT has helped in saving some more fuel. As it delivers 36 mpg as the combined fuel mileage. While the manual is good enough to make your ride a fun.

Ahead of that, the steering ability is fine to drive this car safely in the city. Especially the braking is quite awesome. It stops within 176 feet from 70-0 mph. And it poses a road grip of 0.78 g. 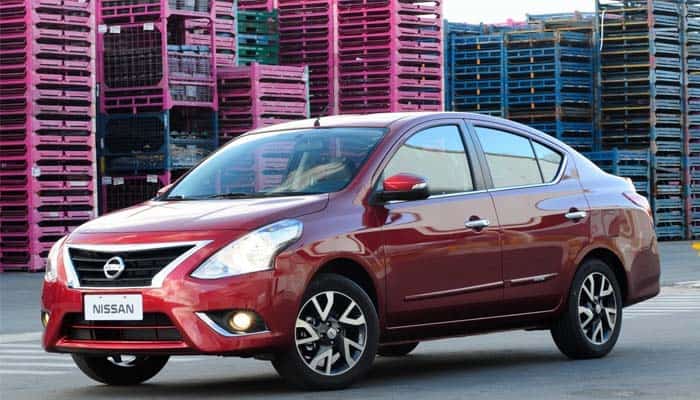 The exterior designing of this car is just fine. It carries a static look with the eco-based cosmetic selection. The cosmetics include a large front grille, halogen lamps, steel wheels as standard and alloy wheels as optional, a rear spoiler on top models and a low aerodynamic application. Certainly, Nissan has spent less on the exterior designing of this car. It is just like the old day’s small sedans that had nothing much included in the design. 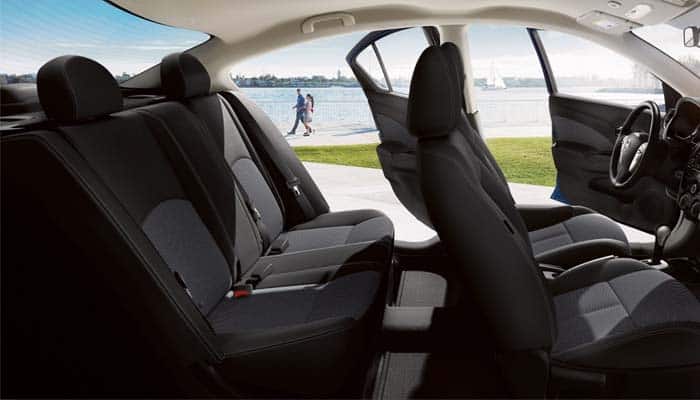 The interior appointment is fine. But a lot of plastic and cheap content could be found in the interior cosmetics. Though the Interior was received the last refreshment in 2017. But still, there is nothing much expensive in this car.

Well, besides the cosmetics, the spacing is pretty fine in this car. Both the front and rear row offer subtle space to sit. While the trunk even offers plenty of space to put luggage and other stuff. 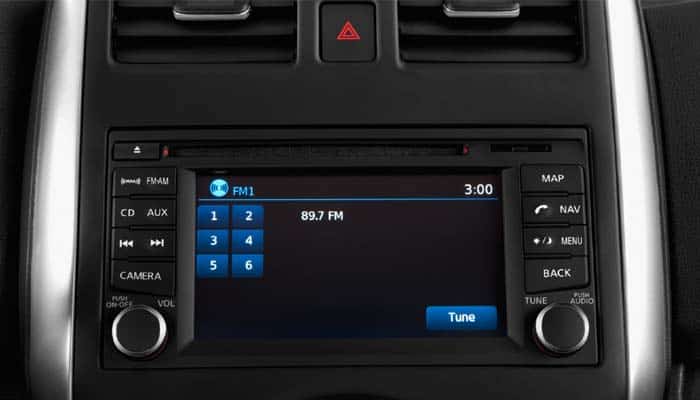 A 5-inch touchscreen infotainment system is available for the Nissan Versa. Not to forget, the infotainment system is not included in the base model. Further, this system includes the radio and multimedia options. Along with that, it gets the Bluetooth streaming, telephony, SiriusXM satellite radio with the 3-months trial. Well, this is all folks that you would get in the Nissan Versa. 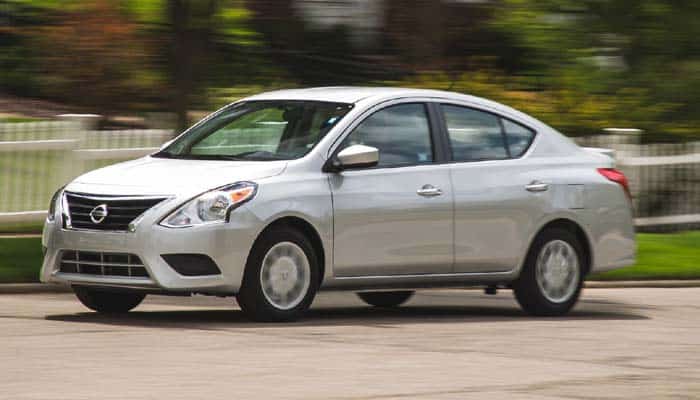 The airbags and the seatbelts are the standard safety features available for every Versa. Further, the active safety package includes the electronic brake force distribution, the ABS, LATCHES, and the tire pressure monitoring system. Well, this is all you will find in the safety brochure for this car.

The Nissan Versa possesses low profile performance specs. Certainly, it really does not gets a chance to rampage the streets. Thus all it has is fine enough to keep it safe. 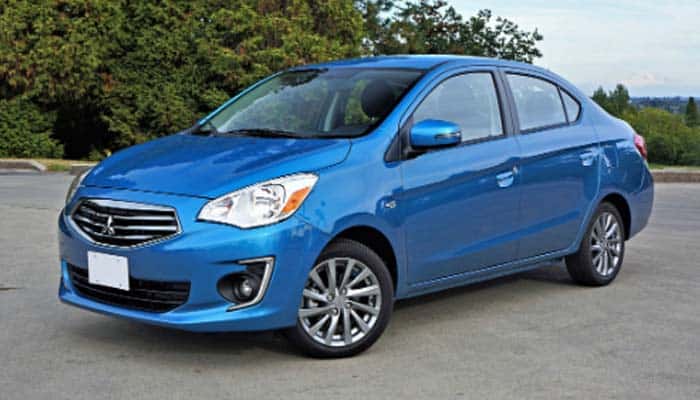 The Mitsubishi Mirage G4 is similar kind of a low-cost city sedan. The exterior designing, interior setup and performance mechanism are all the part of the economy. But it has lesser power as compared to the Nissan Versa.

The Nissan Versa is really a good choice for those looking for an economical car. The everyday utility functionality is certainly good enough to cut down your costs.