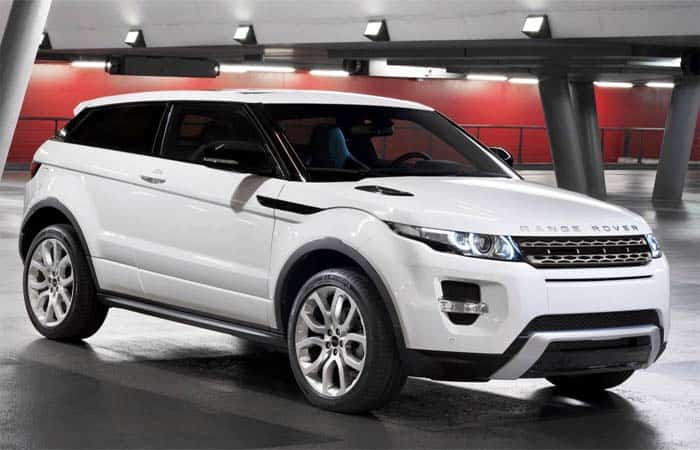 What a car should be like? Some say the cars should be elegant, some believe that there should be comfortable interior and beautiful exterior and some are more concerned about performance. While there are some who love the cars that can bull others.

One such good example is set by the Range Rover Evoque. The Evoque was introduced in 2011. It was based on the 2008 LRX Concept which was revealed at North American International Auto Show. This car was introduced as an entry-level SUV, to compensate the growing competition. It was all because the Land Rover was rolling on heavy duty off-road vehicles and it had nothing to offer in this context.

That was the summer of 2011 when Evoque made its commercial introduction. This vehicle added some revenue to the turnovers of Land Rover. Though it was taken over by the Tata Motors. But still, Land Rover was relegating day by day until Evoque was introduced.

The success of Evoque could be imagined through its first-year sales. In 2011 almost 88,000 units of Evoque were sold. It is like in just 6 months Land Rover earned a handsome revenue then it did from its other SUVs. Till now almost 800,000 Evoques have been sold. It is indeed the finest figure every produced by a Land Rover SUV.

Well, Evoque is not limited to a single market. It is sold throughout the world. The base version could be acquired for $41,800. Further, there are six models available for this car. The base model is the SE. Then comes the SE Premium which adds some luxury to the base version. The HSE and HSE Dynamics are more like the performance versions. The Landmark Edition and the Autobiography are certainly the fancy SUVs.

The full-size SUVs began to lose attention after the beginning of the global economic slump. Most of the SUV lovers relegated to the midsize SUVs and compact trucks. Specifically, they began to prefer the vehicles that had the similar off-road capabilities but had decent fuel consumption. Well, in that situation it was obvious to bring up something that had similar power and was evenly economical.

The Range Rover Evoque is a definite example of the sheer power and economical mileage. Even the maintenance cost of this car is quite decent. Well, she is not a V6 or an Octo-V monster. Instead, she comes with the inline-4 turbocharged engine. The 2.0 L straight-4 is the only engine available for this. While the diesel version even has the 2.0 L engine.

Well, the basic configuration of Evoque is 237 hp of power with 251 lb-ft of torque. It is available in front-whee-drive. The four-wheel-drive is available for this car. The 9-speed automatic is the standard transmission.

The HSE Dynamic and the Autobiography even get the option for 286 hp engine. It is the same 2.0 L turbocharged engine, but with improvised tuning.

Away from North America, the rest of the world even gets the option for the diesel drivetrain. As mentioned, it is even the 2.0 L engine. The basic configuration is 148 hp of power with 280 lb-ft of torque. While an improved configuration is also available with 178 hp of power and 317 lb-ft of torque. The diesel gets the 6-speed manual transmission.

Indeed, Land Rover has intelligently invested on its performance. But at some stages, it seems like Evoque is going a bit over. It drives roughly and at times the performance does not even seem steady.

The Range Rover Evoque has a beautiful design. But it is a bit confusing that why would Land Rover introduce a convertible SUV. That is certainly a primitive ideology of making roofless SUVs. It is the era of panoramic sun and moonroofs. No one cares much about a convertible SUV. Indeed, it feels more like standing topless in the snow.

The aerodynamics of Evoque resemble much like a sports car. Well, it seems like they have copied from sports cars of Jaguar. Further, 18-inch alloy wheels are standard on the basic models. While the high-tech models get the finest 19-inch wheels. The Evoque looks aggressive like its siblings. But there is some delicacy in this car.

The Land Rover has evenly invested on the interior of this car. Though it even did on the performance, it went a bit over. But here everything is almost perfect. But you certainly complain about the cargo space of this car.

Well, the three-door feels a bit congested at the rear. But the five-door Evoque has ample space. Leather, aluminum, and wood are the interior ingredients. Seating is comfortable and even the outside view from the cockpit is quite fine. Indeed, there is a perfect combination of the interior design of this car. Almost everything has been appointed to the right position. And ambient lighting, that is spectacular. Land Rover has particularly used cool shades for these lights. And those are configurable.

Indeed, it is the driver’s car. You may comprise with the performance of Evoque because of its amazingly rich interior. Well, you don’t actually get such an interior at this price.

As like the interior, the Evoque has plenty of technical features. It comes with a 10.2-inch touchscreen infotainment system. Well, it looks much like a smartphone placed horizontally. It is powered by the Touch and Touch Pro Telematics system. Further, the Evoque has Wi-Fi and the Meridian Sound System. Yeah, that is a pretty cool sound system. It brings out the tremendous touch in the sound. Why would it not be; it comes with 11 speakers.

The Range Rover Evoque has earned a mixed scoring of 4 and 5-stars in the road safety test. Well, she is one of the luckiest SUV as commonly the heavy vehicles hardly touch average. She is packed with a number of passive safety equipment. While for the active safety, it carries too many features.

The Range Rover Evoque is a class apart. But Land Rover needs to still improve it to match the competition. Well, the BMW X3 is the local competitor of Evoque. The X3 is more refined. It is also quite aggressive and a comfortable car. While Evoque needs to spend more time on the streets to get past X3.

Indeed, the Evoque is a good choice as the SUV starter. It has power, neat exterior and comfortable. But if you are looking for a steady performance, then you would have to shop around.