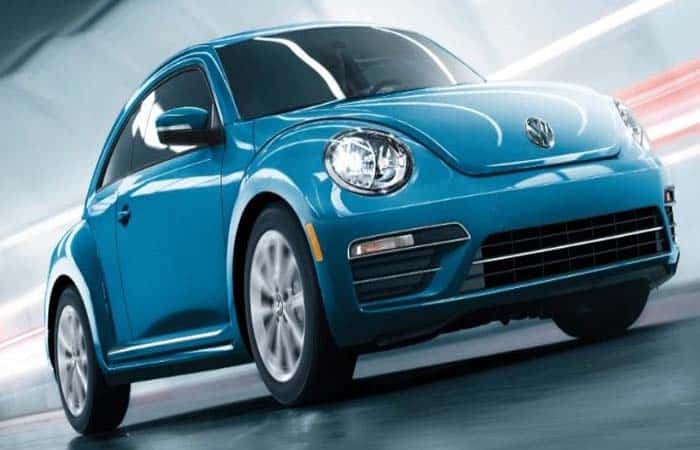 Do you know the history of Volkswagen, Porsche, Fiat and Renault? If yes, then you are even aware of the Beetle. Well, it is not an insect, instead, it is a car with a mass production ratio.

The Beetle was the idea of the Nazi leader, Hitler, who wanted an economical car. He called in a number of automobile manufacturers from all across Germany. But finally, he contracted Mr. Porsche to build this car. Well, Mr. Porsche took four years in configuring the design of this car. And finally, in 1938, the Beetle was launched for the first time.

Though the demographic target for this car was Germany. But after the World War-II, the Beetle was marketed throughout the world. After Germany, Brazil has the highest sales of the Beetle.

Well, Beetle was ended up in 2003, but that was not a permanent end of this car. There were still a lot of fans of this car. And Volkswagen could not evade them. Even it could not fulfill their demands with its other cars. Ultimately, the New Beetle was announced and launched. It even rocked the market for over a decade. In 2011 the Beetle was launched with an improved design and structure. And it is available with 5 different models.

The Volkswagen Beetle is available in almost every market in the world. The mechanical design is extracted from Jetta. The drivetrain comprises of 6 different engines. Well, that is really a generous variety of powertrains.

The North American market gets one of the finest drivetrains. The Beetle here comes with a 2.0 L gasoline engine. This powertrain is mated with 6-speed automatic transmission. Further, this transmission system even has the Tiptronic manual gearing system.

Well, this powertrain is rated at 174 hp of power and 184 lb-ft of torque. Well, you may certainly not find such a performing schedules from a 4-cylinder car. But the Beetle has it because of the turbocharger.

You cannot really underestimate the performance of this car. This baby made 0-62 mph run in just 7.0 seconds. And that is really awesome for a city car. Moreover, the track best of Volkswagen Beetle is 130 mph.

If a sequel of Italian Job is to be created, then Beetle might certainly replace the tiny Mini Cooper. Well, the Beetle is pretty playful. Along with a strong performance, it even steers amazingly. It takes some pretty good turns and stops promptly. The way she performs would get more Likes from the female drivers than the male drivers. It is certainly an ideal car for the women.

The Beetle has jumped in from the 70’s. It carries a similar exterior design. Well, it is not that much retro, but it still is keeping ahead of the layouts of its forefathers. The present-day Beetle has halogen lamps and the LEDs rather than the neon bulbs. Instead of steel wheels, now Beetle comes with the alloy wheels. The rear gets the sporty spoiler with the LED tail lights.

Rest, it is still a Beetle. There are three different sizes available for the wheels. The standard is the 17-inch alloy wheels with the retro designs. While the others are the 18 and 20-inch wheels, with the modern day finish.

Well, not to forget, the Beetle has even appeared in the motorsports. And that Beetle has a different exterior design than the one that roams the streets.

As said earlier the Volkswagen Beetle is a ladies’ car. The interior setting is much influential for the women than men. Well, Beetle has a pretty organized interior. Though it is not too much lavish it has everything an urban car should have.

The front row is cool, spacious and ambitious. But the back row is certainly like you would be hitting yourself to the roof and the front row seats. While the cargo space is fine. You can fit in your groceries there pretty easily. Further, you will find impressive shades for the ambient colors in this car. And they are awesomely dazzling.

Well, we were not expecting Beetle to have leatherette seating. But not just the seats, the accent trim even has the leather on it. Certainly, the Beetle is a complete city car with too much to offer.

The Volkswagen has filled Beetle with too much technology. It comes with the 6.5-inch touchscreen infotainment system. And this system supports the Android Auto and Apple CarPlay. Well, that is really amazing.

Bluetooth audio streaming and telephony are available for this car. Further, the Fender Premium Sound System is also available. The 3-months trial subscription for the SiriusXM Satellite Radio is standard. While, after those three awesome months, you will have to acquire that piece by yourself.

The navigation and the VW Car-Net is optional. While it is even standard on some high-rank models of this car.

The Volkswagen Beetle has some unbeatable safety measures. Besides the regular passive safety, the Beetle has the safety cage. It is something like a middle wall between the interior and exterior of this car. Well, it reduces the collision impact.

The Kia Forte is the closest competitor of the Beetle. Although Forte is a sedan, it is much like a hatchback with a trunk. Well, the performance of both the cars is same. Even the drivetrain response is almost same. But the Forte is a bit more spacious than Beetle.

Indeed, if you are looking for something like a handy urban runner, then Beetle could be an option. Otherwise, there are plenty of options above it.