Skip to content
Home » Rappers and Their Luxury Cars 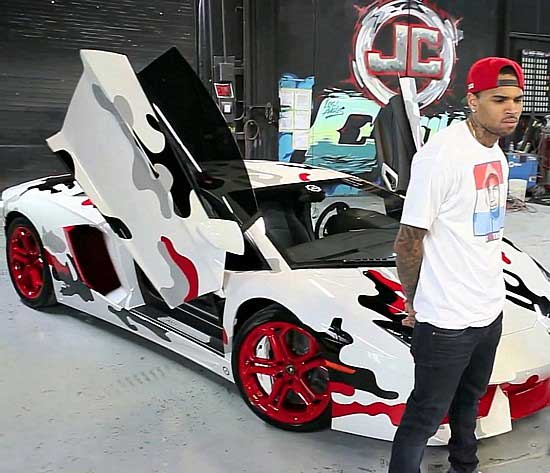 Rappers are well-known for their unusual taste when it comes to cars. They all like their cars exquisite, fully tuned and, most of all, expensive. The pricier the car, the better it is and the more media coverage it will get. After all, a car defines your personality.

And, speaking of expensive cars and media coverage, our personal ranking will include several car brands, including the most popular one among rappers, Bugatti. Check out our list of exotic rapper cars.

The Most Famous Cars Among Rappers

Our first choice in terms of cars is the Maybach Exelero as it is the most renowned in both the car world and the rap industry today. Being acknowledged as the world’s most expensive car, this particular model of Maybach is definitely breathtaking in all possible respects.

Priced at no less than $8 million, this luxury vehicle has definitely brought fame and fortune onto all of those connected to it. Now under ownership of Jay-Z, this famous car was initially purchased by BirdMan in 2011. It comes with a V12 engine plus a new experimental class of tyres, designed by Fulda. It is one of the most exotic cars as only one model was produced in it’s lifetime.

Another famous car preference for rappers is Bugatti. Many rappers are known to include Bugatti among their other collection cars. Of course, owning a Bugatti is not only synonymous with making a breathtakingly expensive one-time acquisition. Each Bugatti requires continuous maintenance, which raises to approximately $300k extra per year. So, unless you have the means of Flo Rida, Birdman or Drake, think again. A basic version of the Bugatti Veyron will take out of your pockets no less than $2.5 million.

Without a doubt, rappers’ second choice in terms of luxury vehicles is classy British brand Rolls-Royce.

In spite of owning the world’s most expensive car, the Maybach Exelero, Jay-Z also owns a $400 000 Rolls-Royce Phantom (alongside a Ferrari and a Porsche Carrera). Convertible versions of the same brand are currently being driven by Rick Ross, Tyga and T-Pain. Diddy is also the proud owner of a pricy two-door Phantom Drophead Coupe, estimated at no less than $443 000.

Another British trademark, Bentley, is also among top preferences of rappers. Which isn’t so out of the ordinary, if we take into account their well-established preference for luxurious commodities. The Continental, that starts at a mere $175,000 has been acquired by Drake, Lil Wayne, Flo Rida and…of course, Jay-Z.

However, none of the above-mentioned cars are as prestigious as Nicki Minaj’s entirely pink convertible. Again, we are not surprised: rappers are so famous for their unconventional choices, in all aspects of their lives.

Of course an Italian luxury sports car couldn’t have missed this ranking. Alongside with Bugatti, this fierce representative of costly car manufacturers makes for one of rappers’ top choices. Just a few days ago, the famous rapper Iggy Azalea drove her new Ferrari home.

Owning a Ferrari is any person’s dream but who cares about money when speed is at stake?! And, since a Ferrari is known for its incredible reach – 100 kmph in less than 4 seconds – there’s just no wonder all rappers swarm around Ferraris.

Although less luxurious than the previously presented models, the Hummer remains a noteworthy car. Let’s face it, we’ve all seen at least one single rapper toying with one in one of their videos. They’re massive, they’re powerful and women seem to like them. Beauty is, unfortunately, not among their attributes, but who cares about beauty when there’s opulence involved?!

The passion for outrageously big possessions is a trait often found with most rappers. Be it bling bling, their cars or their girlfriends’ tushies, these artists like them big. And so does Dr.Dre.

A rather classy choice for a rapper, 50 Cent’s Pontiac definitely attracts attention. And what Pontiac wouldn’t?! Whenever we think of a famous vintage car, this car is among the main options. But 50 Cent doesn’t only have an eye for vintage vehicles. His collection also includes a $320,000 Ferrari 599 GT Fiorano, a $550,000 Ferrari F50, a $300,000 Rolls Royce Phantom, and a Pontiac G8.

Just as Ferraris, Lamborghinis are also a constant presence of the rap world, with most rappers being fond of the Aventador and the Murcielago.

The former, available at no less than $400 000, is part of Chris Brown and Tyga’s collections, whereas the Murcielago, at $350 000 is preferred by Rick Ross and Jeezy.

If you liked this article, you might be interested in the top cars for most popular celebrities