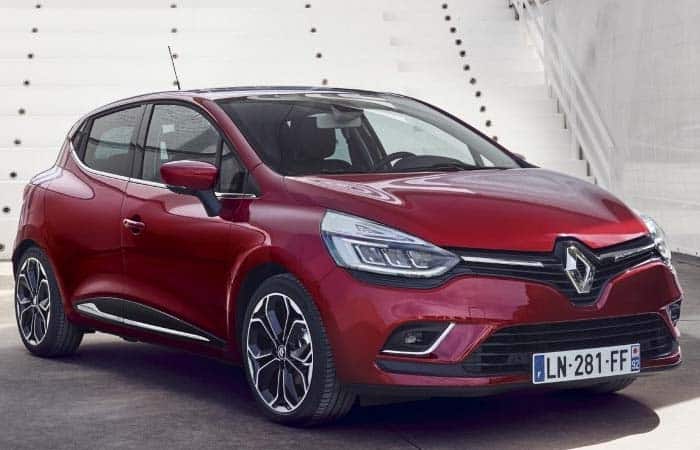 French won the soccer world cup once again! And that happened after 20 years. Certainly, a kind of hard luck went on for them for the last 19 years. But their automakers are lucky with their brands.

The Renault is playing with this car since 1990. They had it introduced as a supermini. And still, it is a supermini. Since then it has entered 4 different generations. And every other generation had something new in it.

Throughout its life, the Clio remained a hatchback. But in 1999 it got a sedan brother, called Symbol. Well, this Symbol is still alive and it is available alongside Clio. Ahead of that, the Clio earned a lot of fame. But alongside it even earned some serious criticism. Like in 2006, Renault was involved in an issue of the bonnet getting open without any prior warning. It caused some serious threat to the drivers and occupants. Well, for the cause some investigation was done but later it was called off saying that there is no fault in the car. While the later expression was certainly market relation causing for the company.

Well, presently the fourth generation is going on for Clio. And there has been nothing such safety failure found in this car yet. Indeed it seems like Renault had worked out the malfunctions of the Clio. The starting price for this car is around $17,870. And it gets a range of 3 models.

The Renault Clio hosts drivetrain for a wide range of audience. It has the fuel-saving tech as well as the performance specification. Along with that, its sweet handling offers crisp at every turn on the road.

Well, the Clio gets the 0.9 L 3-cylinder turbocharged engine as a basic ingredient. This is even an optional version in some markets. And this drivetrain has the power rating of 90 hp with 98 lb-ft of torque. Besides this version, the 1.2 L 4-cylinder is normally found as the base ingredient. It is a fuel savvy module and it offers 75 hp of power at 77 lb-ft of torque.

Its turbocharged model has 120 horses galloping at 123 lb-ft of torque. Indeed this is the fuel for the performance lovers. Certainly, they would not miss the power and some decent performance.

Away from all these drivetrains, there is even an option available in the Clio Renault Sport. Nevertheless, it is the pure hot-hatch variant in the Clio series. And it is even the finest trim level available in this whole series.

The Clio is designed to offer a sporty feel to the driver and the spectators. It gets a pretty attractive design, much like a rally car. And it includes a healthy costume of aerodynamics. Well, the Clio is available in 9 different attractive colors. Further, the cosmetics include LED headlamps, DRL, fog lights, LED taillights, 17-inch alloy wheels, and a rear spoiler. The Clio is a bit longer than the standard hatchbacks. It almost equals the coupes.

Well, the exterior designing for Clio is pretty attractive. The local folks rated in 9/10 during our sightseeing test.

A decent interior is opted by most of the hatchback drivers. Certainly, it should good enough for the family ride. Well, the Renault Clio offers ample spacing for 4 people including the driver. While the rear row is a bit itchy in terms of space. The cloth seating costume is comfortable for the city driving. Even the highway drive is fine on these seats. Further, the convenience detailing is good enough to offer ease to the drivers.

The Renault Clio incorporates the standard features for the passive safety. While the active safety includes a decent sum of features. Such as the obstacle recognizer, hill climb assist and stability control. While the antilock braking system comes standard on the Clio.

Well, this is all you can find on the Renault Clio for the safety. While the rest all depends on you how you drive it.

The Ford Fiesta is one good competitor of the Renault Clio. The Fiesta features almost a similar performance specs. And the designing is indeed different but similar. In the interior, you get the same quality of comfort that you get in the Clio.

Well, the Clio is certainly a good car if you want a family ride. It is economical, cheap and offers much on saving money.