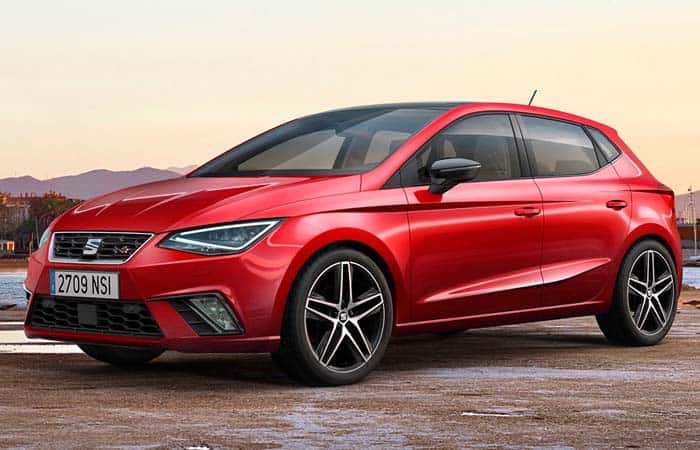 The Spanish Island Ibiza is an attraction for a lot of tourist in the world. People from all around the globe visit this place, especially since they are interested in witnessing its Nightlife. Though pubs are not too much common, it is filled with the markets and restaurants. And there are a lot of sightseeing ventures available.

The fame of Ibiza is undeniable, and similarly, the SEAT’s Ibiza is filled with a lot of fame. Its history is recorded in the hall of fame. And its presence is an attraction for numerous other automakers.

The Ibiza is the first every independent car developed by the SEAT. Though, the SEAT did utilize assistance from some other European automakers. But the major effort is put in by SEAT itself. It was the 1984 Paris Auto Show when the Ibiza was displayed for the first time. It was introduced as the hot-hatch, and it is still a hot-hatch.

Well, in the past it had been retitled as Cordoba. And it was introduced as the sedan and a station wagon. But that model discontinued in 2009. While after that it is just moving on as a hatchback.

Well, the present day generation was launched in 2017. It was initially displayed at the Geneva Motor Show. And by the mid of 2017, it reached the market. Further, it is available in 4 different models and its starting price is $20,140.

The Ibiza includes a variety of drivetrain options. It has a number of powering variants ranging economy and fun. Well, this all begins from the 1.0 L 3-cylinder MPI engine. It is the base module available for this car having 65 horses pounding at 70 lb-ft of torque. The upgraded version gets 10 more horses. Further, a turbocharged option is available with 95 horses and 130 lb-ft of torque. And all of these are mated with the 5-speed manual transmission. This variant expands to the tuned turbocharged version with 155 horses. This is certainly the performance edition available among all 3-cylinder options. And it even gets the DSG transmission system as an option.

Away from that, the 1.0 L 3-cylinder TGI gives a boost to the economy. It is capable enough to give out 40 mpg as combined fuel mileage. And the power rating is of 90 horses with 118 lb-ft of torque.

The only 1.5 L 4-cylinder turbocharged drivetrain is available on the sporty edition. It offers 150 hp of power with 185 lb-ft of torque. And this-this is a performance variant in the whole Ibiza series. Well, it comes mated with the 6-speed manual. And nevertheless, it unleashes a lot of joy.

The bigger 1.6 L MPI engines are good enough to equalize economy. But they are not strong enough to pull out performance. The base CR version has 95 hp with the tuned model has 110 hp of power.

The diesel dynasty is available only with the 1.6 L 4-cylinder engine. The base models get 80, the tuned gets 95 and the super tuned gets 115 hp of power. And these are normally mated with the 6-speed manual transmission.

The SEAT Ibiza has been dressed up like the standard hatchbacks. It gets the LED headlamps, alloy wheels, fog lights, a spoiler and dual exhaust pipes. Further, the rear is also much similar to the common hatchbacks we see every day on the roads. Overall the styling is decent and has some bits of attraction. And the spectators scored the exterior styling 7 out 10.

The interior packs in some basic ingredients required by the drivers and other passengers. A three-spoke multifunction steering wheel, cloth seats and fiber accent are some basic ingredients. While the leather upholsters seats with leather wrapped gear knobs and steering-wheel are optional.

Well, when it comes to the spacing, the front row have sufficient space to sit. While the rear row is good enough for average structure guys. And the boot could be utilized to carry some grocery.

The Ibiza gets the option for the 8-inch touchscreen infotainment system. By default, it is a multimedia system with the radio and music options. While the premier system comes with the navigation and some driver assistive features. For the entertainment, the Beats audio music system is available with 6-speakers and a 300-watt amplifier.

The Ibiza would never leave you behind in safety. It has got everything to make you and your loved ones safe. Like the adaptive cruise control that limits the performance as per the condition of the road. Further, the blind spot monitoring keeps you updated with everything around you. And the Take a Break System keeps an eye on your activeness. Well, there are enough amount of airbags in this car. In every corner, you would find airbags. The front, the sides, the corners and the curtains all have an airbag. In addition to that, the stability controls keep your car aligned on the road.

Besides, there is plenty of safety equipment installed in this car. Indeed this is one of the safe cars for the families.

The SEAT Ibiza gets a lot of competition in the European market. While the Volkswagen Polo is its closest competitor. Well, the Polo is pretty much similar to the Golf. But it is not Golf at all. While its powertrain, design and interior setup is much like the Ibiza. And they both stand at almost the same rank in the market.

The Ibiza grips in an exhilaration structure for the driver and its occupants. Along with that, it offers plenty of options to save the maintenance cost.