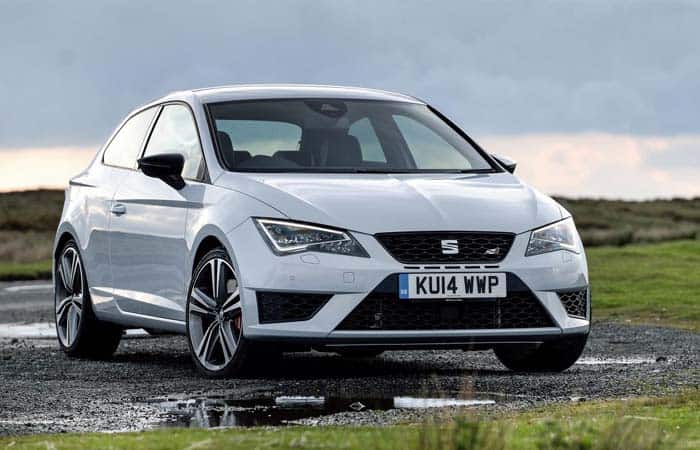 Super versions for the hypercars are like the dominating models. They appear with the more powerful mechanism, superb styling, and marvelous interior. But what if a hot-hatch gets a super version? It appears to be amazing, but evenly it seems to be weird.

The Leon is a hot-hatch from the SEAT with nice styling and remarkable performance. But since its first appearance, the Leon received Cupra as a performance version for this car. The Leon Cupra was introduced in 1998 along with the rest of the models. And since then it has dominated the Leon series with its exhilarating performance and comfortable interior. Even the exterior designing is sporty and quite attractive.

Since its initial launch, the Cupra has been through three generation along with the rest of its family. And in every generation, it remained the most powerful Leon. Besides being a domestic car, the Cupra has even participated in the motorsports. While in some areas it was introduced as Leon Supercopa.

Well, the Leon Cupra is divided into different trim levels. And among them, the Cupra R and the R ST take the top seat. Besides, there are various other trim levels such as the ST and the standard 5dr.

When it comes to the pricing, the Leon Cupra surprises us a lot. The base variant begins from $38,890. While its rivals are way cheaper. Like the Golf GTI, it is 12 grand cheaper than Leon Cupra. Even a hot-hatch Ford wears an economical price tag.

Away from the pricing, the Leon Cupra is a tough companion that can surely make your journey remarkable. Well, let’s go ahead and see what the SEAT Leon Cupra can do!

Before 2017, the Cupra had a couple of engines. While the latest improvement got a refreshed powertrain with more horses. Well, the latest drivetrain comes with the 2.0 L turbocharged 4-cylinder engine. This is the essence of super performance and sporty feeling.

The powertrain comes with 300 horses, which is almost 10 hp more than the previous version. And this mechanism is capable of pounding 280 lb-ft of torque. Well, high-speed performance is really possible using this machine. While the last version was quite lethargic. Hats off to the SEAT for introducing the refreshed powertrain.

Ahead of that, the Leon Cupra lapped 0-62 mph with 5.9 seconds. That is more than the expectation of a city car. Further, the Cupra is capable of hitting 154 mph. Besides the speeding, the Cupra does even offer some better fuel economy. In our tests, it rated 28 mpg as combined fuel mileage.

Well, the Cupra comes with a 7-speed automatic transmission. The base models get the standard automatic gearbox. While the upper trim level gets the DSG transmission with optional manual shift system.

The handling is nice. Either you have to ride in the city or over the highway, the Leon Cupra would not disappoint you. It’s understeered handling, sharp braking, and sporty suspension add more score to the performance of this car.

The exterior designing is not much different from the rest of the Leon series. While, some differences include additional aerodynamics, lower ride height, bigger wheels, and sporty appearance. The cosmetics include LED DRL, projector beams, fog lights, 19-inch alloy wheels, LED taillights and a spoiler. Further, the top trim levels get high gloss alloy wheels and sporty skirts.

The Cupra R and R ST add some more thrill to the ride. They come with the black package with gold-colored wheels and side mirrors. While the R and R ST are the limited edition versions.

The Cupra gets slightly improved interior as compared to the rest of the fleet. Ducked Alcantara leather sports seats and the ergonomic interior appointment could be found in this car. Further, the seating space is eloquent in the first row. But compromise is required in the second row. Ahead of that, the Cupra offers enough space for the groceries. But for the cargo, you would have to miss out some packages.

The SEAT Leon Cupra gets the 7-inch touchscreen infotainment system. It is similar to the ones received by the rest of the Leon family. But it gets some sporty blood in it. Well, this system includes all the multimedia features, navigation, and some other handy stuff. While additionally, it gets the G-force and the performance recorder to make your driving experience more enjoyable. Ahead of that, the Cupra comes with the 10.2-inch TFT driver’s cluster display with configurable options.

The SEAT Leon Cupra gets some handy safety features. It gets the pedestrian protection and object detection, emergency braking assistant and the tiredness recognizer. Further, it gets the lane monitoring assistant, high beam system, electronic stability control, and the traffic recognizer. Well, not to forget, the Leon Cupra earned a safety award by one of the road safety department in Europe for its active safety features.

The SEAT Leon Cupra and the Volkswagen Golf GTI are considered the borne rivals in the Western European markets. The 2.0 L variant of the GTI is an equal rival for the Leon Cupra. The exterior designing, sporting index and the interior setup makes them sit side by side.

The Leon Cupra is the drivers’ choice. Its sporty design and the remarkable interior offer a cool option for driving. The powertrain and the poised handling makes the drive memorable. But a higher price tag relegates its progress.