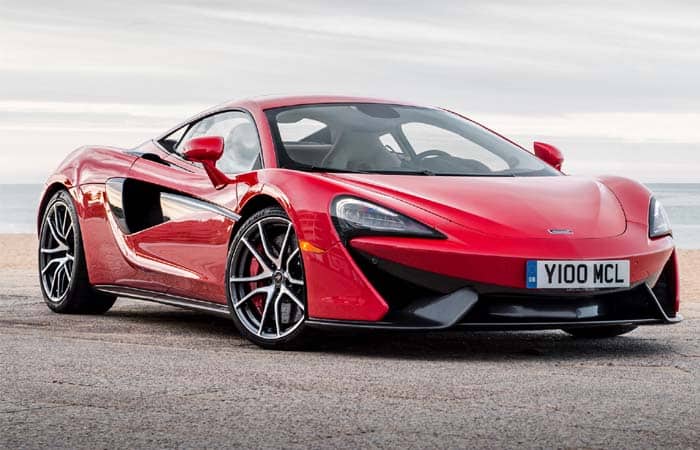 Designing an urban errand running car involves too many minds and thoughts. While designing a supercar takes in an innovation, inspiration and intelligence. There are very few intelligently designed cars. And all of them has something very unique are lucrative. Though the supercars do look enchanting, sexy and undeniably attractive. But it does take a key point to attract the spectator.

2015 was one good year for McLaren. Actually, they introduced the 570S during the New York International Auto Show that year. This car was a new addition to the McLaren family. And it was not replacing any of its successors. Although it has too many things in common. But still, it was a very new sports car.

Well, at the introduction, the McLaren reps had nothing much to say. Besides, they bragged the future of this car by elucidating that it would triple their volume by 2020. Well, let’s see how good it could do.

Fame is certainly obvious for such cars. Soon after it was launched into the market, it gained enough fame that it brought hefty luck to McLaren. Well, at that point McLaren’s statement seemed to be becoming true.

The McLaren 570S had 7 models in the line. While one of them has recently been converted into a separate car. And another model is operating under a different badge. Well, the present lineup includes the 570S, 570GT, 570S GT4, Sprint, and 570S Spider. Further, MSO X is a special version of this car in memory of Daytona 24 Event.

Driving a McLaren is equal to the fulfillment of a dream. Well, that dream came true when we rushed the 570S from 0-62 mph within 3.0 seconds. We already went through numerous other super and hyper-cars. But this was the first time when we closely examined a British supercar.

The 570S gears up with a 3.8 L twin-turbo V8 engine. We were familiar with the McLarens powertrain execution. Even we knew that McLaren usually depends on synthetically formulated engines. Well, this machine offers 562 hp of power pounding 443 lb-ft of torque. And knocking 62 mph in 3 seconds was never a hard job in this car. Further, this powertrain comes with a 7-speed dual clutch automatic transmission. Well, McLaren took this transmission system from Graziano. In addition to that, this is a rear-wheel-drive configuration. And this is the only configuration available for this car.

Well, the 570S even have some cool traits for the long run. It can top 200 mph making it a fine option for grand touring and straight-up races. But if you are thinking about the circuit tracks or something with too many curves, then 570S might not offer you with some impressive base.

Further, the handling segment is blessed with some city like driving skills. Cozy turns, decent braking and juicy dampers are some traits of its handling. While when it comes to the race tracks, these handling skills do not really help 570S much.

The 570S features a sexy design. There is an aroma of beauty and passion caught in the exterior designing. And even it weighs less, giving a healthy room for the performance. Further, the exterior cosmetics include dihedral doors, forged alloy wheels, LED headlamps and beautifully crafted rear.

Ahead of that, the 570S gets plenty of aerodynamic perks. The frontal design incorporates a wind intake shaft for the powertrain and a curvy hood for directing wind away from the car. Further, the crossover roof and the winged rear directs the air to provide a down thrust to the car. Ultimately, you get a maximized performance.

The McLaren 570S gets a rich and neatly appointed sporty interior. The interior includes plenty of leather. While the interior ingredients could be customized along with the interior color. There are too many options available for the color matching, ingredient and appointment. Well, the overall design depicts the leather supremacy and a distinct class of luxury.

The 570S gets a 7-inch touchscreen vertically aligned infotainment system. It is a multifunction system that offers handy features for multimedia and performance. Well, the system includes satellite-based navigation, Bluetooth streaming, telephony, Wi-Fi, voice recognition and satellite radio. The performance recorder tracks the performance of the car. Like the lap time, acceleration record and a few more other specs.

Ahead of that, the 570S gets a colored TFT driver’s cluster display with various customizable options like navigation and engine status. Further, the 570S gets a 4-speaker sound system with 240W amplifier. While an optional 12-speaker Bowers & Wilkins with 14-channel and the 1280W amplifier is also available.

The 570S includes all the essential material for the safety. Such as it has the required number of airbags and adjustable seatbelts. Further, the car includes the antilock-braking system, the electronic brake force distribution, stability and traction controls. Additional safety features include the cruiser and the parking assistant.

The Mercedes-AMG GT C just falls short to the McLaren 570S. In the 0-62 mph test, it is just 0.3 seconds slower than 570S. While when you have to rate the comfort level, you would surely love the GT C.

The 570S is blessed with ultimate power. It has the elite combination of design, drive, and interior. And it is indeed among the fine supercars presently.