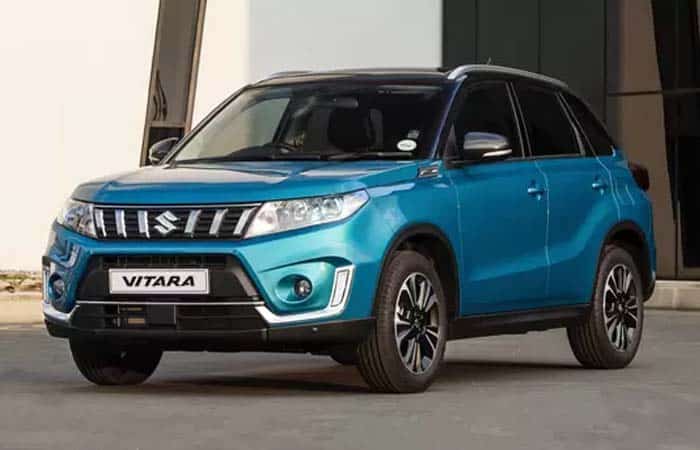 How many times have you seen a Suzuki car rolling downtown? Yeah, you must have seen a Bandit or seldom have come across the Hayabusa. But you won’t have ever seen a Vitara in North America. Because Suzuki does not really bring much of its cars here. Well, there are some nice inclusions in their production line that are worth mentioning. And among those is the Vitara.

Six years back we came across a very disappointing story, that Suzuki will not be selling cars in the US and Canada anymore. While what are we left with are the motorbikes, ATVs and the outboard motors. But the rest of the world is still enjoying the spree of cars from Suzuki.

In 1988 Suzuki introduced Vitara, badged as Sidekick and brought it to North America. This vehicle was first of its kind to sit atop the smaller cars that Suzuki used to produce. And in no time it became one of the best-selling cars for the company. Well, the Vitara, out of the box, became so famous that General Motors rushed to Suzuki to get this car rebadged as CAMI. Chevrolet got it as Tracker and the Spanish renamed it as Santana 300.

That was some Pandora box opened for Suzuki in face of Vitara. But during its third generation, the North American sales fell below average. As a result, Suzuki winded-up its car division from the region.

The Vitara is available with three powertrains, all capable of the economy as well some decent performance logs. Well, the smallest caliber among all is the 1.4 L four-cylinder turbocharged Boosterjet engine. Though the smallest, but the most powerful variant in the whole series. This machine offers 140 hp of power pounding at an ideal 162 lb-ft of torque. Further, it comes with the 6-speed automatic transmission, with manual shifts available. Well, if there had been the manual gearbox for this variant, Vitara would have surpassed a number of its rivals. Ahead of that, the front-wheel-drive layout is standard. While a four-wheel-drive is optionally available.

The 1.6 L 4-pack naturally aspirated machine comes as a base ingredient available in the entry-level trims. With this engine, you get 120 hp of power producing 115 lb-ft of torque. While the 5-speed manual comes as the standard transmission system.

The Suzuki Vitara is also available with the diesel engine. For that it gets a 1.6 L DDiS 4-cylinder engine, making 120 hp of power at 169 lb-ft of torque. While comparatively, it sits at the same level, like the base level gasoline machine. But with this drivetrain, you can maximize the economy, hitting the best and the least.

While when it comes to the handling, the Vitara is just as fine as a base level sedan. Agile, but no such fancy that could make it an off-road companion. But the turbocharged models do have some better handling traits.

The Suzuki Vitara has a stylish exterior design. The way it looks in simple, but attractive. While its competitors are way more curvy and sexier than it. The Vitara appears much like an elegant full-size SUV, reduced to small-sized crossover. Further, the exterior cosmetics include 16-inch alloy wheels, chrome frontal grille, LED DRL and LED headlamps. Ahead of that, if you keenly observe the Vitara’s façade, it would look like Land Rover badged as Suzuki.

The interior appointment is nice, but it looks much like the old school. You might even agree after sitting in a Honda or a Toyota crossover SUV. Further, the Vitara’s base variant gets the fabric-covered seats, fiber trim and a couple of cup holders. The mid-level trim additionally features the split folding rear seats and a few more convenient features like a glove box. While the finest trim level gets suede seats, leather-wrapped steering wheel, and the gear knob and plenty of other features.

The Vitara features a handy touchscreen infotainment system, available with plenty of decent features. Some notable include Bluetooth streaming, telephony, smartphone connectivity, and navigation. Further, it includes the DAB radio configuration and every model gets a 4-speaker audio system. While the top trim level also gets 2 tweeters and also gets the keyless entry.

The Euro NCAP rates 5-stars for the Vitara’s safety. Though rugged in style, while safer inside. Well, there is a sufficient number of airbags added to this car, adjustable seatbelts and ISOFIX for the child seats. Additionally, Vitara comes with the hill climb assist, tire pressure monitoring system, cruise control, and the speed limiter. Besides, there are plenty of other features included for active safety as well, as the stability and traction control. While in South Asia, Suzuki feels it a mighty accomplishment to add the airbags to the car.

Very similar Daihatsu Terios is one of the closest competitors for the Suzuki Vitara. Well, the Terios does not really match the performance specs of Vitara. But the styling concept of both cars is what makes them a competitor.

The Vitara has got everything right. The powertrains are prerequisite, styling is decent and the off-road ability is also available. And along with all this, the Vitara is even economical. Certainly, if you are looking for a family SUV, the Vitara is indeed a fine option to choose.