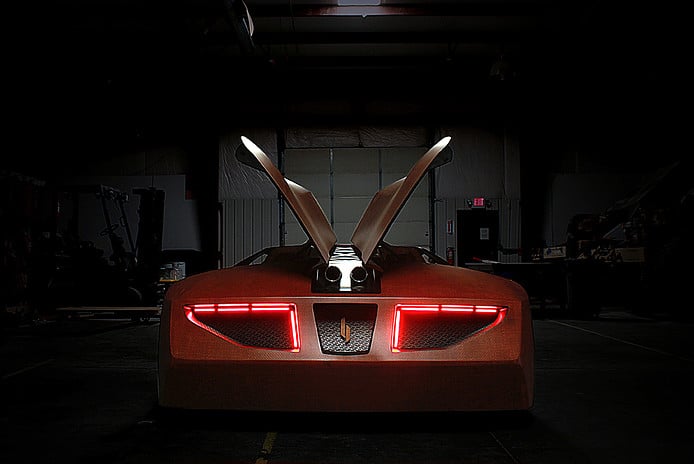 Are you one of those people that watch movies like James Bond, Mission Impossible and all those science fiction movies that have been set in the future with avid zeal? Then, you wouldn’t want to miss any part of our list of 10 weirdest cars that you wouldn’t believe actually exist.

How many times have you truly wished for a car from the James Bond movie, “The Spy Who Loved Me”, the one that could travel on both water and land and even dive underwater like a submarine? Well, now your dream is no longer quite farfetched. Rinspped sQuba, an amphibious convertible concept car was created by Rinspeed. The idea for this car was taken from none other than James Bond Movie. And guess what? It can glide over water, swim in water like a submarine and go as fast as 120km/h on land. How cool is that!

Did you ever dream of getting hold of a Lambo that didn’t come with a pretty huge price tag? Well, now you can! The Amphibious Lamborghini Countach is the only Lambo ever created that not only allows the driver to glide over water, but it is also the only car in its class to be able to do so and is being auctions of eBay for guess what? Only US $27,000! Isn’t that a good deal!

While most of us dream of a car that can travel over water, some of us would do practically anything to skip the rush hour traffic and get to wherever we would like to go in time and in a matter of minutes. Fortunately for them, this dream isn’t a dream anymore, with the Terrafugia Transition flying car. It works on land and has folded wings that, when unfurled, resemble the actual wings on a plane. It has been under creation since 2006 and each such unit costs about US $279,000. Two of these cars are currently in the manufacturing phase. They will be ready to use in 2017.

Once upon a time, there were buses that were used as a common mode of public transportation in most parts of the world. But now, courtesy of a Dutch Astronaut Wubbo Ockels and the Delft University of Technology, today we have a high speed electric coach-like car at our disposal that not only looks like a highly evolved limo with butterfly doors on both its sides, but also has the capability to seat up to 25 passengers comfortably and go up to the speed of about 250l km/h.

How many times you wished for a car that could drive you home after a hard day at work or drive your kids around while you luxuriate in the comfort of your own home. Plenty of times, isn’t it? Well, you no longer have to wish for something like that anymore because your wish seems to have already come true. With revolving seats that turn around to replicate a seating area where you can easily have meetings and have a good time with friends while the car drive itself through traffic and takes you where you want to be, effortlessly. Isn’t that incredible?

While bikes are an excellent way to get out of rush hour traffic, it is not the ideal mode to travel for most people. Therefore, they have an amazing alternative in Peel P50, this pint sized car, compared to a normal car, can easily fit one person inside and have them rush through traffic at the speed of 61km/h at max. It weighed 56 kg and even though it is no longer production, the car holds the unique record of being the smallest car ever manufactured. Initially, it cost about £199, but today it is being auctioned at US $176,000.

Kiravan was designed  by renowned American Tech-Designer, Bran Ferren, who designed this off-road RV exclusively for his daughter Kira, who as of 2016 is 6 years old. He wanted this to be an RV, exquiped with state of the art technology and is self sufficient in every single way. The RV is fitted with such high-tech equipment that makes its interior resemble a spacecraft. It has a full kitchen and dining area along with every necessity a luxurious home offers its occupants. There is only one of this RV ever made and can climb slopes that are as steep as 45°.

When we hear of a name like BMW GINA, we presume that the word GINA comes from the name of the lady this car must have been designed for. Little do we know, GINA stands for “Geometry and Functions in ‘N’ Adaptations”. It is a concept sports car and is designed by Chris Bangle. This is a state of the art car whose exteriors are made entirely out of a shape-shifting fabric of sorts, which means that the car won’t heat up even at the highest temperatures and is water resistant.

VW XL1 is a one of a kind sports car. It is a two door coupe. This car is known as the most fuel efficient car out there. It is a diesel-powered plug-in hybrid that is known to travel as many as 100 km on a single liter of diesel. It has a 5.5 kWh Lithium-ion battery and costs about U.S $146,000.

Wood is obviously a very practical construction material. However, a car is not the thing that anyone would expect to be made out of wood. Well, not anymore. A car that resembles a Lamborghini has just been created by Joe Hammon. This car is made exclusively out of wood. The car has 700 horsepower and has the top speed of 368 km/h. Isn’t that a good deal?

If you have any other weird car to add to the list then you may mention it in the comments section.