Skip to content
Home » What Is A Smart Car, The History, Makes And The Reviews 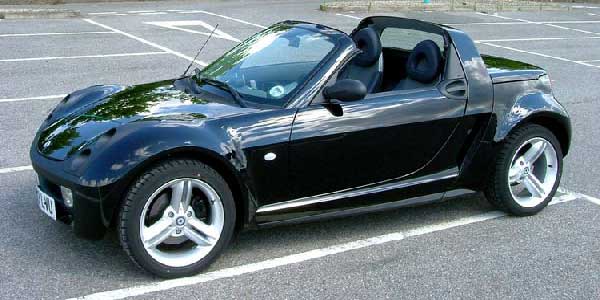 A brief history of Smart cars

Smart car has been around since the late 1980s. At the time, SMH, the company that produces Swatch watches, decided to develop and produce a branded car that relates to the world-known accessories. Realizing that the automobile may face a harsh competition, the CEO of the company and the man behind the whole idea, Nicolas Hayek, tried to combine efforts with an already-popular car manufacturer, Volkswagen. In the beginning of the 1990s, though, Volkswagen abandoned the project and started focusing on designing its own “three-liter car”. After having been rejected by brands such as BMW, Fiat, and Renault, the Smart project was finally accepted by Daimler-Benz, which now holds 51% of Smart shares.

By allying with Daimler-Benz, the then-called “Swatchmobile” or “Swatch car” ultimately ended up saving itself. The giant German car manufacturer did not agree with the two initially proposed names and instead suggested Smart, which is an acronym for Swatch Mercedes Art. Owning a smart car in the 1990s was a rarity, and a poor design has been accused of low sales. Between 2003 and 2006, the company lost almost 4 billion euros. Eventually, after disastrous sales, Smart GMBH became an operating part of the Mercedes-Benz Cars division of Daimler AG.

Between 1998 and the present, 8 Smart production models have been created and released to the public. Out of these, it is the Smart car roadster the one that attracts most of the drivers’ attention. In fact, this is the only model that resembles a sports car, in spite of its low fuel consumption.

Fuel economy is the main reason behind choosing a Smart automobile and most models have been specifically designed for people who are single and need to get around easily.

Should you buy vehicles from this brand or not?

The renowned British Top Gear website put together some smart car reviews and fairly concluded that a Smart vehicle deserves 6 points out of a maximum of 10. In spite of its original concept and pleasant design, some models have been accused of being unreliable and unsafe, mostly because of their carrosserie. The main perk behind purchasing a Smart car is that most models are also hybrids, so if you’re keen on protecting the environment, an electric smart car is a right choice for you.

The 2014 new ForFour from Smart also features a different design – according to the same source, the brand is desperately trying to get rid of its box-shaped image, by introducing attractive front and rear curves. The design of the latest model was created by Renault and the new automobile is wider than its counterpart, the 2004 to 2006 version.

Why is the Roadster so popular now than before?

Smart aficionados, unfortunately, have to shop second-hand when it comes to purchasing models such as the Roadster. The latter has been out of production since 2005 and the company doesn’t seem to have any intention of bringing it back to the market, particularly considering its financial problems that incidentally occurred in the same time period. Any car collector knows that the public’s interest in models and brands increase particularly when production is halted. In fact, the final Smart car roadster now resides inside the Mercedes-Benz Museum, in Stuttgart, Germany.

Collectors and owners of this model sometimes have difficulties in finding smart car parts, mostly because of the automobile’s age and because it is no longer manufactured. Choosing this brand and this model does not mean one cannot modify anything. If a customer purchases a classic internal combustion Smart Roadster, he has the possibility to perform an electric car conversion, be it in an authorized shop or at home.

How eco-friendly are these vehicles?

Out of the 8 models that have been produced by Smart in the past, it seems that the Smart Fortwo is the ultimate winner when it comes to fuel economy and all-around smart car mpg. The company actually claims that it improved the fuel consumption from 50 to 55 miles per US gallon, which is visible in models being produced after 2008. The American Environmental Protection Agency estimates the car model at 36 mpg.

Most smart car accessories of this brand are internal, which implies that owners can change almost anything from seat covers and headrest hangers to rear glass handles and motor speed sensors. Audio and electronic equipment can be fully customized depending on any customer’s needs. To enhance clients’ listening experience, Smart provides the installation of additional speakers. Steering wheels can also be modified and/or completely replaced, as well as manual transmissions.

Some exterior accessories do exist and they are mostly related to design. Smart ForTwo owners can customize the way their car looks like using stickers that fit some lateral parts of the carrosserie. Small platforms can also be installed in the rear part of the car model, so bike owners can rejoice.

Smart automobiles have slowly but surely conquered some parts of the auto market from the present. No one can predict the future of this designer of small vehicles. Who knows if Smart won’t end up creating smart cars, also known as autonomous vehicles? The latter has already been approved in 4 US states and various tests have been performed in most Western European countries, so maybe we’ll all soon be driven to work by robots.

Conclusion: Is Smart Car for you?

Smart car has vehicles for everyone. The main reason to go after a smart car is due to the excellent gas mileage it offers, and the compact vehicle will allow you more convenience. The ForTwo model is for people who are single or a couple, who usually go in their car alone. The ForFour allows you the convenience to go out with family and friends and to have a couple of people in the backseat. The Roadster is a bit more sporty who want to have a bit more fun, than a basic car.

Let us know what you think and share this article with others.