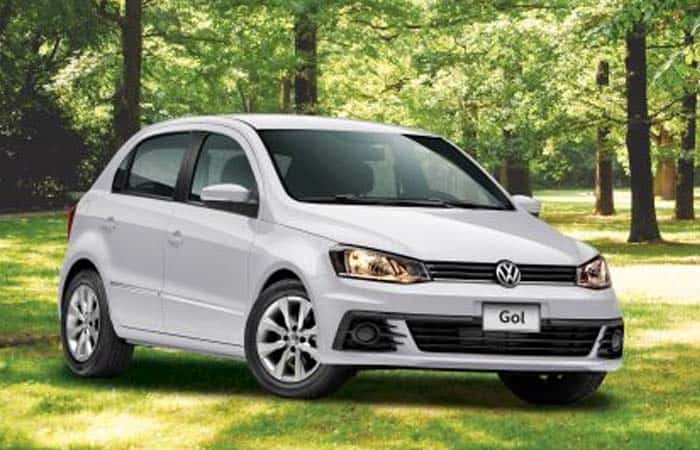 The Volkswagen family version cars are notable for their lower running cost. Since last 4 decades, the VW has been working on bringing the best cost-cutting techniques to their customers. And without any doubt, the VW has built a pretty strong rep in the market.

Well, among the notable VW family cars, you would meet the Gol. It is not the Golf instead it is an entirely different car. Though, the looks and features seem to be same. But both the cars are different. And the Gol is actually the “Goal”.

It was 1980 when Volkswagen introduced the Gol. This car was launched to replace the South American version of the VW Beetle and the Brasilia. Although the Golf is the direct successor of the Beetle. But for Latin America, the Gol did the job. Well, it was a bit hard for VW to replace a long-running chain of the Beetle. But the managed to win a remarkable space for Gol in the market.

Finally, VW introduced the third generation in 2008. And this is the ongoing generation for Gol. This generation has been further divided into two different cars. The Voyage, which is a sedan and Saveiro a utility pickup truck.

Further, the base level Gol is available for as low as $8,970. Well, every region has a different price range. And the spec sheet is even a bit variant for every market.

The performance bar for the Volkswagen Gol is mainly set to give maximum fuel cutting technique. The available drivetrains are all designed to give a fine value of the fuel consumption and a lower maintenance cost.

The powertrains are available with standard gasoline and ethanol fueling options. Well, the base drivetrain comes equipped with the 1.0 L 4-cylinder engine. The gasoline version gets 72 horses making 70 lb-ft of torque. While the ethanol model takes in 4 more horses with 6 lb-ft of more torque.

The next option available is the 1.6 L 4-cylinder VHT engine. It even gets the same gasoline and ethanol options. And the ethanol rates better than the gasoline. Well, here the base trim has 101 horses while the top-notch gets 3 more. And the torque is rated between 114 – 115 lb-ft.

Besides the VHT, the 1.6 L 4-cylinder engine is also available in MSI technology. The power rating begins from 110 hp and is maximum at 120 hp. And this is certainly the performance version of the Volkswagen Gol.

The drive quality is fine. The Gol comes mated with the 5-speed manual transmission as standard. While the 5-speed automatic stays optional. The manual stays the best option for maximum power and active performance. While for a decently lethargic performance the automatic would be fine.

Well, indeed the Volkswagen Gol is the cost cutter. Attaining 40 – 45 mpg in this car with the base engine is not that hard. Even the powerful versions even rate a lot better. They can certainly offer you 32 – 35 mpg.

The exterior designing is pretty familiar. The Gol gets the Volkswagen’s static grille design that we usually see on the other Volkswagen vehicles. Further, the spherical fall with a slightly outward edged cargo trunk really makes it seem like an ordinary hatchback.

Ahead of that, the base models get the steel rims, halogen headlamps and the LED taillights. While the upper level gets everything same besides the wheels. They come with the alloy wheels and the fog lights.

Certainly, the designing is just kept decent enough to make Gol an errand runner. Well, this car is available at 3-door and 5-door hatchback.

The interior appointment is pretty acceptable in this car. You cannot really think about an everyday hatchback having a luxurious interior. The standard cloth seats and the fiber trim are well appointed.

Further, the spacing is fine in this car. The front row offers a comfortable section for the seating. Even the rear row has plenty of space to sit. Along with that, you get some handy space in the trunk for the groceries.

A 6.5-inch touchscreen infotainment system is available for the Gol. Though it looks basic and simple. But it has the Apple CarPlay and the Android Auto. Further, it has some cool multimedia options. And it even gives access to your smartphone music. Further, the navigation is optionally available in some regions.

Well, not to forget, the infotainment system is only available with the top trim level of the Volkswagen Gol. Ahead of that, the Gol even features a TFT driver’s cluster display with customizable options.

The Volkswagen Gol features a healthy amount of airbags and strong seatbelts to keep the passengers and the driver safe. Further, it gets the ABS which is certainly a pretty handy option you can utilize. Well, this is all the stuff you can get with the Volkswagen Gol. Rest, the safety depends on how you drive on the road.

The Nissan Micra and the Volkswagen Gol are age fellows. Micra is just a couple of years younger than the Gol. And they both are a similar kind of family hatchbacks. The powertrain, styling and the interior setup in both the cars are same. And nevertheless, they are the perfect competitors for each other.

The Volkswagen Gol’s price range, mileage, and maintenance cost really make it an easy vehicle to use. Though the design might not look attractive. But it behaves pretty decently.