Skip to content
Home » At What Temperature Does Gasoline Freeze? 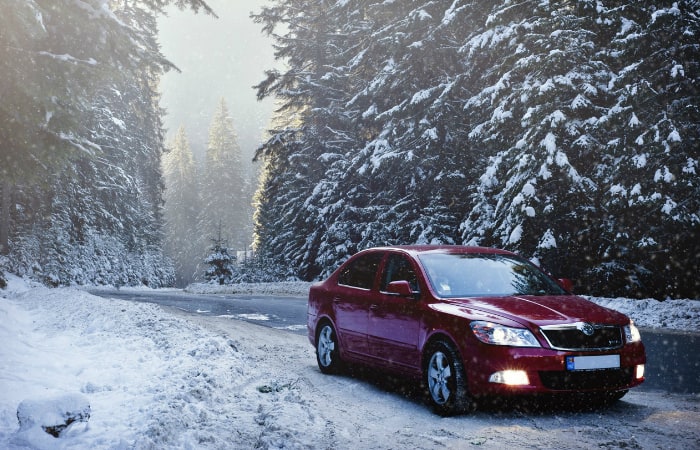 Gasoline is essential as fuel for different modes of transportation. However, like any other liquid, it freezes eventually in certain temperatures. To avoid mechanical issues just because of frozen fuel, at what temperature does gasoline freeze?

What Is the Composition of Gasoline?

We can understand better the exact answer to the question “At what temperature does gasoline freeze?” by identifying the elements that compose gasoline.

First off, gasoline is not a plain substance. It is not pure at all. Instead, it is a mixture of various hydrocarbons and additives – hundreds in quantity. Common ones are ethanol, toluene, octane, hexane, and heptane. On the other hand, optional ones are butane and pentane depending on a certain area’s winter climate. Most chemicals mentioned can have several structural forms called isomers. That leads to the fact that all things forming gasoline have their own melting point. Obviously, they also have different freezing points.

At What Temperature Does Gasoline Freeze?

You might have thought about the answer already based on the fact that gasoline is a mixture. At what temperature does gasoline freeze again? None exactly. Gasoline does not have the so-called freezing point. The same idea goes for candle wax and diesel. Rather, gasoline has a freezing range.

While the temperature is descending, gasoline is changing gradually. The first part is little bits of sediments and gums coming out of the liquid. Next, when it gets extremely cold, the heaviest hydrocarbon molecules like cyclo-heptane and iso-nonane slowly solidify. They would look waxy.  Now, when the temperature gets more and more intolerable, gasoline becomes much waxier and slushier until the remaining liquid elements are the lightest molecules. 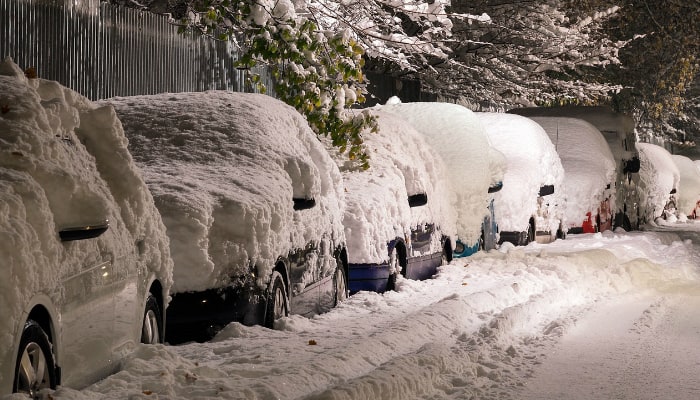 Meanwhile, some sediments form due to impurities in the gas tank. Cold temperature just makes them even more solid. Fortunately, the filter located in the fuel line can actually catch these sediments. Things get worse only if gasoline becomes extremely waxy. In this stage, we are talking -40 to -200 degrees Fahrenheit. The range is wide since gasoline has various types of mixtures and blends. Another factor is the source of gasoline’s crude oil.

Since refineries can actually tweak a particular mixture of gasoline, they can provide special blends for areas with an extremely cold climate. They can make gasoline have a lower freezing range. An example is ethanol gas.

What Are the Symptoms of a Frozen Fuel Line?

It is impossible to talk about the symptoms of frozen gasoline. Long before gasoline ever freezes inside the car, the first elements to get frozen are water and water vapor. So, let’s talk about the signs of a frozen fuel line instead. After all, the point of asking “At what temperature does gasoline freeze?” is to prevent extreme winter issues car owners may face.

When both water and water vapor freezes inside the automobile, they block gas in the fuel line from entering the engine. To find out if gasoline is already blocked by frozen water, here are symptoms to watch out for:

How Can We Fix a Frozen Fuel Line?

When push comes to shove, here are practical solutions in thawing a frozen fuel line:

How Can We Prevent a Frozen Fuel Line?

To avoid all the hassle of thawing a frozen fuel line, prevention is key. Here are some tips on how to keep the fuel line from freezing aside from keeping the car inside your garage:

For the last time, at what temperature does gasoline freeze? The exact answer is none. Gasoline is composed of various elements with different freezing points. So, basically, it does not have a freezing point. Rather, it has a range of temperatures that gradually change the fuel’s original liquid form. Based on various types of gasoline mixtures and blends, the usual range is -40 to -200 degrees Fahrenheit. Gasoline is already considered frozen if it turns into a thick sludge or wax. To totally avoid frozen gasoline inside the car, focus on preventing the fuel line from freezing during winter. When you take good care of the fuel line, prevention of frozen gasoline follows.

For other concerns involving gasoline, learn why some cars smell like gas when parked. On a positive note, find out essential habits that help you save gas.