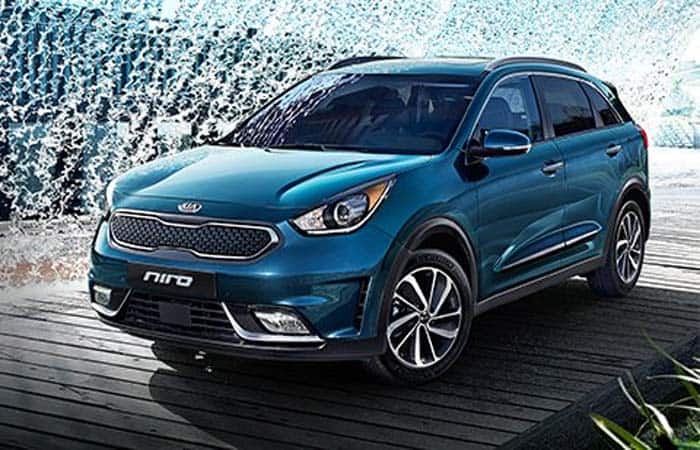 The Kia Niro is one of finest hybrid cars from South Korea. And incredibly, it sits among the top notch. Well, the Niro concept was introduced at the Frankfurt Auto Show 2013 for the first time. It was premiered as an SUV looking much like a hatchback. Later in the year, a larger version was displayed in China.

Finally, during the Chicago Auto Show 2016, the production version of the Niro was displayed. It looked much like the second concept. But the performance schedules were a bit different. Well, in 2017 the Niro was launched for the first time.

Usually, we hear words about better mileage and economic performance of the hybrid cars. And what happens actually that what we get is not the one advertised. Further, we hear that under certain ideal situations it would deliver that optimum mileage.

But the Niro has proved that it really is an environment-friendly and economical car. During the winter of 2016, the Niro was driven from Los Angeles to New York. As per the calculated records, the Niro delivered 76.6 mpg, which was recorded in the Book of Guinness. It was titled as the Lowest Fuel Consuming Hybrid Car.

Well, now are you planning to get one? Then it would not even cost you much. The base price for the Niro is $23,240. Further, it has 5 different models available. The FE is the base model. The LX comes following, then the EX, Touring Graphite Edition and finally the Touring.

The drivetrain of the Kia Niro is based on the initial concept. The concept featured gasoline powertrain of 160 hp with electric power of 45 hp. The electric power was assimilated to run the rear wheels. While the front wheels were dependent on the 1.6 L engine. Totally it had 205 hp of power which was enough to climb a hill.

The handling is all city like. There is nothing like an off-road capability, but it is a decent citizen. Ahead of that, the slower speed embarked some performance dependability in this car. It felt much underpowered and the shifts felt like lacking the torque.

The Kia Niro a Crossover SUV design, much similar to a station wagon. At the front, you will meet the same, compromised Kia’s signature tiger grille. While the rear even gives the look of a Kia sedan. Well, the refinements are fine such as the LEDs, projector lamps, 16 and 18-inch allow wheels and attractive colors. But Kia left a lot of questions in the design of this car.

The aerodynamic application is fine in this car as per its performance specs. It features roof rails and a spoiler to match the performance and give some support to this car. But still, it does not become a sporty SUV.

Though we have some complaints with the exterior design of this car. But the interior setup is quite fine. From the inside, it really does not feel like a car ranging between $20-25 grands. Well, the base models feature cloth seats, but the middle threshold features cloth and leather seats. When you move to the Touring, you get the complete leather seats. But all these seats are comfortable. The frontal design is nice and attractive to a lot of technology. Even the rear is fine enough. Further, the Niro is spacious enough to get in cargo along with 5 people, including a driver. Well, for the cargo you get a maximum space of 54.5 cubic feet.

The upper trims further feature the heated and ventilated seats. Along with that leather-wrapped steering wheel and the gear knobs and satin chrome accents for the door handles are standard for them. Well, these attractions are not available in the base models.

Kia has invested a lot in the features of this car. The cockpit of Niro seems much like a computerized virtual car simulator with plenty of lights glittering on each side. Well, the base Niros come with the 7-inch touchscreen infotainment system. While the upscale models get the 8-inch touchscreen with the navigation. Further, all of the models of Niro get the 4.2-inch driver’s cluster display. The Android Auto and the Apple CarPlay are standard in this car. Ahead of that, the base versions get the 6-Speaker Audio System, certainly, it is Kia’s standard system. While in the upscale versions you will get the Harman Kardon 8-speaker system. The Bluetooth stereo is standard for all the models. And the wireless phone charger is only available with the upper trim level.

This is indeed plenty of features that are commonly not available for the city riders.

A lot of safety is expected from a city car. It should have plenty of occupant safety, the child safety should be perfect and the body should have enough strength to reduce collision impact. Well, all of these are mostly found in the Kia Niro. It has an additional cage in the body to reduce the impact of the collision. There are a number of airbags in this car and the seatbelts are pretty reflexive.

Besides the occupant safety, there are plenty of driving assistance features available in Niro. Such as it has the rearview camera, parking assist system, blind spot detection, lane change assist and rear cross traffic alert. In addition to these features the autonomous emergency braking system, forward collision warning system and lane keep assist system are also available. While the cruise control is standard for all the models. In addition to that, the adaptive cruise control is also available for the upper trim level.

The Hybrid cars get plenty of competition because of the increasing trend of this technology. In the same way, we got a huge list of Niro’s competitors. And the closest among those is the Toyota Prius. Well, the Prius ranks higher than Niro because of its agile electric range. While rest of the features in both the cars are same.

Niro is not the first ever hybrid SUV. But it ranks among the cheapest ones. If you prefer saving some money, then better go for Niro. Otherwise, there is a whole long list of hybrid cars.