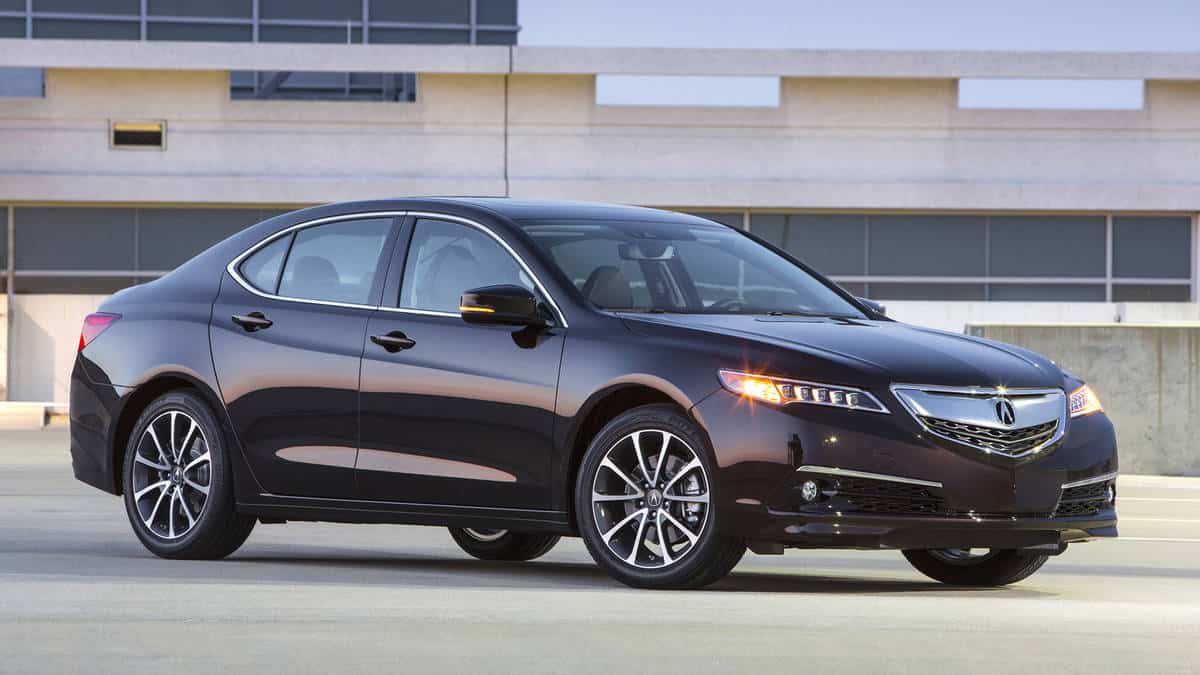 Every other day there is a compelling and luxury car available in the market. To stay alive and active, the automobile manufacturers need to focus on building better and responsive cars. Especially the North American market demands for luxury and performance more than any other bazaar in the world.

Well, the Acura has even shown some effort in bringing up another luxury contender. This Honda’s luxury brand is mainly created to produce cars for the North American market. Three years back, Acura introduced the TLX. The TLX was introduced as the successor of the Acura TL and the TSX.

Somewhere in 2013, Acura presented the TLX Prototype which had the features of the TL and TSX. The TLX was deemed to have a stronger drivetrain and spectacular design that would surpass its ancestors. The Prototype was displayed at the Los Angeles Design Studio for the first time.

Later in the spring of 2014, the consumer level Acura TLX was introduced at New York International Auto Show. After a successful display, the car went into the production line by the summer of the same year. And just prior to the end of the summer the car was available in the market.

The TLX has even earned Acura some fame at the motorsports. In 2015 the Acura TLX-GT (a track version) ranked first in the Pirelli World Challenge at the St Petersburg. Beside the motorsports, Acura has been successful in selling more than one hundred thousand units of TLX since its first launch.

The Acura TLX bears the lowest MSRP of $32,000. The trim level has been divided as the TLX Standard, TLX with Technology Package and the TLX with Advance Package.

The Acura TLX has two engine options. The first begins with the 2.4 L inline-4 engine. It is a 16-valve DOHC i-VTEC drivetrain. The powertrain is rated at 206 hp of power at 6800 rpm. Further, it delivers 182 lb – ft of torque at 4500 rpm. The driving configuration available for this powertrain is front – wheel – drive only. While this system is capable of delivering 28 mpg as average combined fuel mileage. The TLX with this configuration is mated with the 8 – speed DCT automatic transmission.

In addition to that, a sports shift is even available. In our tests, the 2.4 L TLX made the 0 – 62 mph run in 6.8 seconds. Though it’s not that much impressive, but its top speed is certainly amazing. This inline-4 can reach 134 mph, which is commonly not possible for the 4-cylinder engines. Well, this all depends that how is the engine tuned, and much does it rate.

The next engine available for the TLX is the 3.5 L V6 engine. This is a 24 valve SOHC i-VTEC engine, which should make TLX perform as a sports car. But, it makes it travel like a family sedan. Well, this powertrain is rated at 290 hp @ 6200 rpm, delivering 267 lb – ft of torque @ 4500 rpm. This drivetrain is mated with a 9 – speed automatic transmission with an available sports shifter. This even has a front – wheel – drive configuration as standard. But a Super Handling all – wheels – drive configuration is even available. Further, it features cylinder deactivation as well. This allows this V6 engine to deliver 25 mpg as a combined fuel mileage. The TLX with the V6 launches from 0 – 62 mph in 5.7 seconds with an electronically limited top speed of 134 mph.

From the front fascia, it is often quite hard to identify which Acura is this. The TLX even shares the signature Acura grille. Well, aerodynamics certainly seem to be absent on this car. Though the TLX sports version has proved its success because of the hefty application of aerodynamics. But we miss those cuts and designs on the commercial TLX. However, for the next year, Acura has designed TLX with active aerodynamics. It is a neatly designed car, but it certainly looks like a family sedan. Though, it even depicts some luxury as well.

Well, Jewel Eye LED headlamps are standard on all the trims of TLX. While the LED indicators and taillights are even standard.

The Acura TLX is pretty silent inside. Especially, when the TLX is revving, you would hardly hear it snoring. Further t,he front and rear rows are quite spacious and allow 5 passengers including the driver to sit in. Along with that, the trunk has enough space to carry the monthly groceries or the luggage. Even inside the car, there are plenty of spaces to put your phone, laptop or any other device.

A dual-screen infotainment system is available in the TLX. The one at the top is operated via a knob, while the other is a touchscreen. Well, you’ll miss the Apple CarPlay and Android Auto in TLX.

The system is quite similar to the ones available in the Honda cars. And as usual, it does not respond well, is hard to understand, though it is in English rather than Japanese. All you can do well with it is amplify music.

The TLX features the Advanced Compatibility Engineering (ACE). It is actually the improvement of body structure which reduces the impact of the collision. Further, TLX has sufficient amount of passive safety. While the active safety is even ample in this car. The TLX has vehicle stability, hill start assists, forward collision warning, collision mitigation system, adaptive cruise control and many other features.

A Japanese for a Japanese. The Lexus IS is the closest competitor of the Acura TLX. The IS is an agile performer and friendly environment. And indeed the IS ranks higher than TLX.

The Acura TLX lacks the acceleration. This is what interferes its performance from becoming a luxury performance car. Though, the spacious interior could make you choose the Acura TLX.