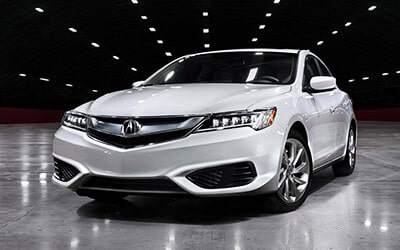 The ILX is certainly a yet another luxury from Acura. And it is hard to distinguish it as a luxury. Well, ILX is the first hybrid car from Acura ever. The long history of Honda tells that the company has built hybrid cars already. But Acura attempted for a gas-electric hybrid car, in 2012.

Acura introduced the concept version of the ILX during the North American International Auto Show in 2012. The consumer level ILX was displayed at Chicago Auto Show lately in the same year. And finally the ILX was introduced in the market during the summer of 2012.

The design and some mechanics of ILX are based on Honda Civic. Actually, the ninth generation Civic lays the base for this car. Well, both of these cars are a structure on the same Front engine – Front wheel drive platform.

Well, the Acura ILX has replaced almost four cars. The ILX is termed as the successor of RSX and Integra with respect to its shape. In the Canadian market, it replaced the CSX. And as an entry-level car for Acura, it has replaced TSX.

Till the date, there have been around 90,000 units of Acura ILX marketed. This count includes almost 5,000 hybrid ILX. Further, ILX is available in four different packages. Acura ILX without any package applied is priced as low as $27,990.

The Acura ILX is powered by a number of powertrains. The 2.4 L i-VTEC, borrowed from Honda Civic is standard for the North American market. This engine serves with 201 hp of power making 170 lb – ft of torque. Further, this powertrain is mated with the 8 – speed dual clutch automatic transmission.

With this engine, we reach the 62 mph mark in 6.6 seconds. This Earth Dreams direct injected engine made ILX reach the top speed of 133 mph. The dual clutch transmission was expected to make ILX much faster than it was before. But we are still there with the same score. Instead, we have started to miss the manual transmission. Certainly, it is 0.2 seconds faster than the manual gearbox.

Away from the North American market, the ILX is offered with 2.0 L engine. This 2.0 L inline-4 engine makes 150 hp at 140 lb – ft of torque. The 5 – speed automatic is the only available transmission system for this powertrain. Well, this one is even taken from Honda Civic. However, this powertrain was even available for the North American market. But soon after 2016, it has been discontinued for the US.

The ILX even has a hybrid drivetrain. This version is powered by a 1.5 L inline-4 engine, making 111 hp @ 127 lb – ft of torque. The electric powertrain takes care of the handling as well as some torque distribution.

Although, the ILX is based mainly on the Honda Civic SI, but it has sharper and sweet handling. This is because of the amplitude reactive dampers installed in the ILX. The steering is quite smooth. Especially, the way it maneuvers each turn is ample for a city ride.

The initial structure of the Acura ILX resembled the ninth generation of the Honda Civic. The front of the car employed the aero-fused dynamics which was different from Civic. However, the rest of the design was similar. In 2016, the ILX received some cosmetic and structural improvements.

Now, the body of the ILX constitutes of 60% high strength steel. The 440 – 980 MPa yield steel has been used in the design of the car. Further, the front fascia consists of aluminum structure. The 17-inch alloy wheels are standard. The A-spec package includes the 18-inch alloy wheels. Further, they get the fog lights and the rear spoiler. While rest of the structure is same.

The Acura ILX appoints a decent interior inside. The seat spacing is even sufficient to fit in 5 passengers including a driver. And the heated seats are available as well. And 8 – way power adjustment is available on them. At the back, the trunk employs enough space to carry groceries and other stuff.

Previously, the Premium and Technology packages get the leather upholstery. But all the versions of ILX get them as standard now. Further, active noise cancellation is even available for this car. The A-spec package offers sports accent trim and sports seats.

The Acura ILX gets the 7-inch touchscreen infotainment system. The A-spec package consists of the 8-inch upper dash mounted screen for navigation. The mapping method is as same as rest of the Honda and Acura family. Indeed, it’s hard to use such a system. Neither the response time is prompt nor do the systems seem synchronized.

The exclusive interior trim and tech models have the navigation, enhanced sound system and SiriusXM® Satellite radio as standard features. While the standard models get the music player and the Acura support.

The NHTSA has awarded 5-stars to Acura ILX. The facelifted ILX has earned more score than its previous shape. While the IIHS remarks Good on the safety column of the ILX.

The ILX has everything that is necessary for the passive safety. It has ample amount of airbags and occupant safety equipment. While the active safety features lane monitoring system, adaptive cruise control, and blind spot monitoring. The parking cameras are even available for the ILX.

The Japanese ILX meets the German CLA-Class. This CLA is more refined, smooth and beautifully crafted than ILX. It is more than an entry-level luxury sedan. But indeed it ranks in this class. Well, its agile performance and comfortable interior rank it higher than ILX.

Well, the Acura ILX is a neatly designed car. And even it has subtle features. But when it comes to performance, then you would have to look for some other options.