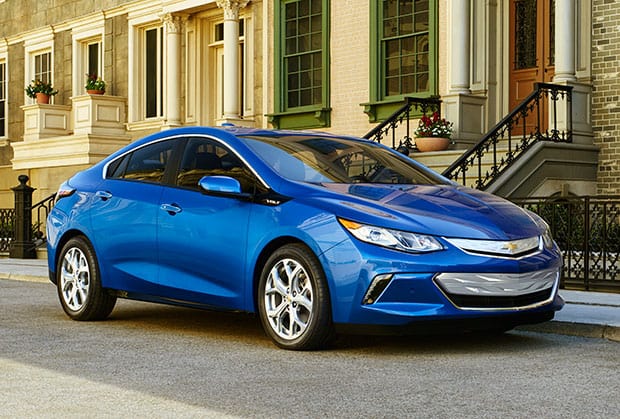 The fossil fuel reserves are coming to an end. Ultimately a substitute was required to run the machinery of the world. Cars are one of the most used machines in the world. And to run them some sort of fuel was required. Thanks to the engineers and designers that they worked out a substitute fuel. Certainly, it is to be termed as a fuel, while actually, it is a state of energy. The Electric Energy was used as a substitute complement to run the cars.

By 1990’s the scientist discovered the ways to run the cars on electricity. And by 1997 Toyota commercially launched Prius which was the first Hybrid car in the world. Hybrid in terms that it used dual power technology, the gasoline, and electricity.

Well by 2016 there has been too much development in this regards. We have populated the list of consumer favorite Hybrid cars, depending upon their range and performance. It is populated ahead:

Among the decent hybrid cars, we get the Chevrolet Volt. Volt comes with 18.4 kWh 300 V lithium – ion battery. Over the electric mode, Volt can travel up to 53 miles. While the gasoline engine is 1.5 L 4 cylinder, which itself is an eco – friendly engine. Chevrolet Volt is tagged at $33,500 which is an impressive figure for a hybrid car.

The legendary Toyota Prius Prime comes with 8.8 kWh lithium – ion battery. It has an all-electric range of almost 25 miles. There are a number of discussions about the 2017 model of Prius Prime that it might travel up to 112 miles. Besides it has a 1.8 L 4 – cylinder engine which itself is a fuel saving machine.

See Also: What Is A Hybrid Car, How It Works And The History

SUVs generally consume too much of fuel. But thanks to Mitsubishi for launching the Outlander in PHEV edition. Not to forget, the Mitsubishi Outlander PHEV has been awarded as the Best PHEV SUV. The twin motor powered by 12 kWh lithium – ion battery gives a range of 32 miles. While Outlander PHEV is pretty noisy. The 2.0 L engine makes a lot of noise. And even the warning beeps are pretty loud. Else it’s a good car to drive.

Next, we have the Ford Fusion Hybrid of 2016. Ford Fusion Hybrid is one of the initial cars to be launched with the world with a dual drive train. It comes with a 7.6 kWh lithium – ion battery which can travel a range up to 19 miles. While the gasoline-powered engine is the 2.0 L 4 cylinder with 141 horses.

Sporting even got a wonderful way to save fuel. The Honda CR-Z is a hybrid sports car. Though the 1.5 L engine with 130 horses can’t actually deliver much power. But it’s the science of Honda that made it do so. The 20 horsepower electric motor makes the acceleration and the top speed for CR-Z easier to reach. The combined power makes around 270 horses to run for CR-Z.

Toyota Avalon of 2016 has remarkable market reception. Specifically the American and Australian markets gave a positive response to Avalon. As like the other sedans, Toyota even employed the electric powertrain to support the fossil fuel engine. While it even helps in steering and saving the car. The system is installed in the Toyota Avalon 2.5 L having 1.6 kWh nickel – metal hydride traction battery.

We have another Chevrolet in our list for Top 10 Hybrid cars of 2016. This one is Chevrolet Malibu Hybrid. It has a pretty strong fossil fuel engine, but it has a 1.5 kWh lithium – ion battery. Precisely Malibu is manufactured for fossil fuel engines. It has less connection with electric powertrain driving. Malibu’s electric work is mainly connected with the Electric Braking System. Its Hybrid Label brings it into the list of hybrid cars.

The present day Toyota is rocking with its Hybrid Synergy Driver Technology. We have yet another candidate using the same hybrid technology. And mainly it is even for the sake of braking and supporting the engine. The Toyota Yaris Hybrid gives a combined EPA of 60 mpg.

Hybrid cars are becoming increasingly popular these days. They are the number one choice when it comes to saving fuel. Rather apart from saving fuel, it even means to save the mother earth.