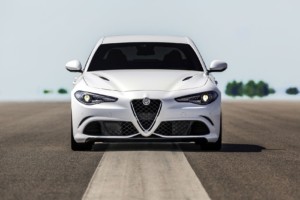 Alfa Romeo has a strength and experience of a century for designing, modelling and making cars. Giulia and its sub – models are the D – Segment vehicles. Giulia is the successor of the Alfa Romeo 159.

Since 2014, the company had been in the effort to design a significant class of cars. This beauty is the result of consecutive 2 years of their effort. The drawing segment of the car was headed by the Fiat Chrysler Automobiles which is the present owner. The designs were rejected several times in order to bring up something extraordinary.

But the repack of designing steadily delayed the launch of the car. It was expected that the car would be in the market until June 2015. However, the production properly started in April 2016. Alfa Romeo is pretty determined by the art and mechanics of the car as it poses an estimated sales target of almost 400,000 vehicles by 2018.

Though not to forget, Alfa Romeo is famous for its luxury vehicles which include the most renowned Alfa Romeo Giulietta, Brera, 159 and certainly Alfa Romeo Giulia Quadrifoglio (a model from the franchise) is expected to be the luxurious racer. This cheesy classic has the base model of around $35,000. 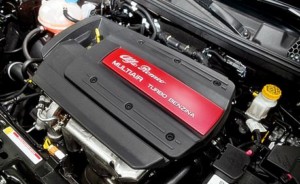 The powerful engine of the model (2.9 L) is a made of Ferrari titled as F 154 MT6 and AT8. Rather the performance of the car can certainly assure that it is an urban soul. Alfa Romeo Giulia Quadrifoglio makes it a bit easier to understand that why a Ferrari-made engine has been added into the car.

That’s where acceleration which is the added feature of the performance is found. The luxury weighing model of Giulia can boost a nice and smooth acceleration. Never-the-less, this acceleration can’t be rated less; it’s a pretty GTS soothing formation.

Quadrifogolio, meaning four – leaf clover, inspired the Italian police. Though it was exhibited during Geneva Motor Show of 2015, but a formal launch was made in 2016. While the initial launch made the Italian police to take 2 of the cars for their patrolling and police duty, coloured in the navy blue shade, with red striped over the car and flashing lights on the chin spoiler with a white roof.

Alfa Romeo Giulia comes in the rear wheel and four wheel drive. The later one has the sheer combination of power and torque giving increased velocity and force to the car. 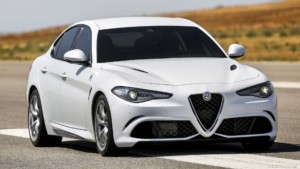 Giulia is ascertained to have opened the doors of better and modern designing of cars. This luxury and race combo is presently among the highlights of a number of automobile magazines and journals.

The D – Segment 4 – Door Sedan simply means that it is 4 – door coupe. It carries a slim sleek design with a magnificent feel of elegance. A certain formations of the aerodynamics have been respected in the design of the car to provide pure air assistance to the driver at a massive acceleration and high speed. The front bumpers allow the air to make a venture duct towards the engine and provide a robust of massive velocity and reduced frictional measurement.

This has helped in increasing the speed, acceleration, handling, stability and performance of the car as compared to the previous models of Alfa Romeo including GTS. Apart from aerodynamics, the designers have lowered the front end of the car to provide a sustained road grip and smooth acceleration.

Though some automobile experts call the headlights of the car to be aggressive, but what it seems like is certainly “Candy Sexy”. 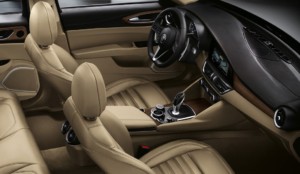 When the luxury is mixed with the blends of speed, then both the postulates are to be kept parallel by the designers. An automobile magazine used the word “Novel” to explain interior of the car. Considering the past of Alfa Romeo, the company is pretty artistic in terms of choosing the colours for the interior. Their colours are among the eye-catching car designs of the world.

Though it proves to be simply elegant and classy, but the designers didn’t forget the thrust the Ferrari Engine can give to the car. Hence, they placed the windshields in a unique way to provide the glossier look of the environment when on high speed.

The car console, besides playing music, even provides the information about the health of the car, performance schedules and driver assistance.

The finest Italian leather and wood trims are used to create the seating blends and the hood. This not only provides relaxation to the driver and the passenger but also soothes the eyes. 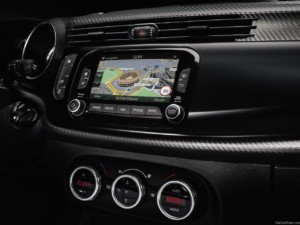 The luxury has got some serious luxurious sound. The 14 speakers channel including 2 surround speakers as well as 1 subwoofer creates classic crisp of sound.

Alfa Suspension System adjusts the suspension for the car as per the surface of the road. It helps in reducing the unnecessary friction, drag coefficient, rough patches and makes the car pass smoothly even over the country roads. 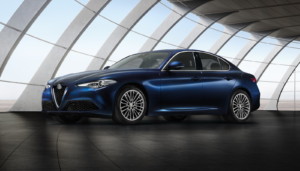 The suspensions have been provided with the wishbone system which helps the wheels to remain perfectly perpendicular to each other. This reduces the chances of accidents and mishaps. The safety modulation has also been maintained to enhance the safety of the users.

The car went through a large number of tests during different stages of its manufacture just to make sure it is perfect in every possible way. Some of the tests include the shock response, shock resistance, internal response over collision, suspension collapse reduction test, high heat and lowest cold temperature testing. The car has passed all the tests and is  considered a safe car for driving. 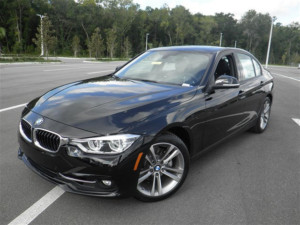 BMW is one of the biggest competitors of this car. The mileage, speed, acceleration and performance of both the cars is almost same. However, both of them are manufactured in two different countries. Talking about the performance, Giulia won the race but BMW gave it a hard time.

Luxury is the demand for almost everyone. A car with some standardized infotainment system but outclass grip and passionate speed grips the audience. And so is the 2016 Alfa Romeo Giulia, a novel having passion and suspense.