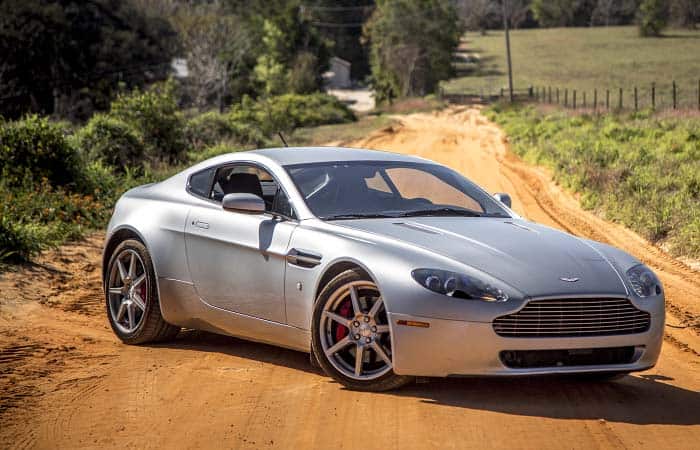 The Aston Martin Vantage was in 2005 as a separate car. Previously, the performance versions of the Aston Martin cars were suffixed with the Vantage. The Vantage was initially introduced as the concept car. During the North American International Auto Show 2003, the AMV8 Vantage concept was displayed. After a positive response, the development of the production car was started. Later during the Geneva Motor Show 2005, the production version of the Vantage was displayed. And in late 2005, the model for the year 2006 was released.

Since then a number of performance variants had been launched for this car. Along with that, some variants were just introduced as the beautified versions. A number of motorsports editions have also been introduced. Such as the Grand Am and the Vantage GT3. These cars are produced for sports.

Not to forget, the Aston Martin Vantage is a hand built a car. Its production line is situated at Warwickshire, England, one of the finest cricketing county. Well, the sleekest Vantage is available for $122,000.

The Aston Martin Vantage began its journey with the 4.3 L V8 engine. Though it was a V8 machine, it was something that would not be counted as a grand tourer. Soon, the 4.3 L was discontinued and a 4.7 L V8 engine was introduced. This powertrain is borrowed from Jaguar.

Later on, Aston Martin introduced the 5.9 L V12 monster in the Vantage series. It was not planned to add in something so big. As the plan was to compete the V8 machines. But the fame for the V12 Aston Martin is certainly more than the V8 one. And so is the expectation of the Aston Martin lovers. They love to choose the V12 grand tourer. And would certainly forget the V8 one.

A six-speed automatic is the basic fate of the Aston Martin Vantage. But there is a manual transmission available as well. While it has automated seven-speed single clutch.

Well, the handling is fine. Even the braking is fantastic. But the overall ride was not that much enjoyable. Especially the V8s, the felt underpowered. You would not really feel it when you will drive the V8 version Vantage for the first time. But once you are through a competition, you would surely feel that Vantage lacks power. Frankly speaking, we were not expecting the Vantage V8 to be a dwindling machine.

All the Aston Martins of the 21st Century resemble each other. Whether you pick the DB11 or Vanquish, they look the same. And the only difference you would find is the size and cosmetics of that car.

Well, same is the case with the Vantage. It has the similar styling. The grille and the fender vents are even same. But the wheels, aerodynamics and the rear of this car are different.

The aerodynamics are pretty fine on this car. It would not sway and tremble on the high speed. And even would ride smoothly in the canyons. But it is not that much active like the one in DB11.

The Aston Martin Vantage is a pretty comfortable car. Though, the interior design even looks the same as its siblings. But the material is slightly different. In the other ventures of the Aston Martin, you get the luxury and style. While in Vantage you get a sportier design. The leather is one of the major ingredients of the interior. Duct seats are standard. And they have contrast stitching on them.

Well, the center console has too many controls. The first impression would really confuse you that what control does what. But it is a lot easier to use than the consoles available in the competitors of the Vantage. The upscale versions, especially the V12 editions, are rich in interior design. There are plenty of colors and ingredients available to customize the interior of your car.

The Vantage gets the AMi II infotainment system. The FM/AM radio is standard. And Apple Lighting Cable support is even available in this car. Well, certainly you would miss the Android Auto and Apple CarPlay. The Bluetooth streaming and the USB connection is even standard in this car.

Further, you get the hands-free telephony, using the Bluetooth. In addition to that, you have the Aston Martin’s own audio system. But you will not get all that entertainment that you usually find in the city riders. It is an Aston Martin, which is made for pleasure on road, not on the screen.

We have never heard about a technical or mechanical flaw in Vantage. The consumer, as well as the sports variant Vantage, has enough safety equipment to protect the occupants.

According to the class of Aston Martin Vantage, we met Jaguar F-Type R to be the most suitable competitor. Jaguar’s engine is used in Vantage. Especially the V8s are from Jaguar. Well, the performance of the Jaguar was better than Aston Martin. And certainly, the F-Type R ranked higher than the Vantage.

The Aston Martin Vantage could be the choice of the Aston Martin lovers. But if you have some spare money to spend on cars, then there are plenty of gorgeous and powerful options available.