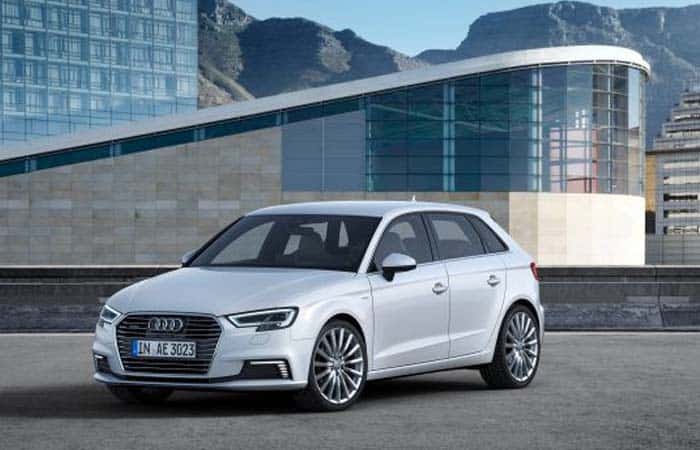 The electricity is becoming common in a number of regions. Certainly, the developed countries have them in abundance. And they are using it as an alt source to power up the cars. Well, one good case could be witnessed from the Audi’s E-Tron series. The Audi has been researching this concept for quite long. And finally, in 2009, the first vehicle with the Audi E-Tron badge was introduced.

After the North American launch, the E-Tron had to face a splendid competition. There was already some plug-in hybrid available here. But the E-Tron managed her way pretty well in the competition. Her performance credibility leads numerous competitors. Especially the fuel mileage was better than a number of cars. Further, it earned notable acclaim among the hybrid cars, like it is ranked among the Top 10 Hybrid Cars of 2016.

The present-day A3 Sportback E-Tron is available in three trim levels. And the Premium is the entry trim level available for as low as $39,500 only. Next, to that, the Premium Plus adds some more luxury to the interior and enhances the exterior design. And this is costed to as low as $42,600. While the Prestige is the finest trim available for the whole series accounted for $48,100.

Well, let’s move ahead and see what the Audi A3 Sportback E-Tron is capable of.

The A3 Sportback E-Tron comes with the 1.4 L 4-Cylinder turbo gasoline engine. Well, it is extracted from one of the divisions of the Audi A3 Series. Well, this mechanism rates at 150 horses galloping at 184 lb-ft of torque.

Further, this drivetrain gets the 75 kW electric motor powered by an 8.8 kWh lithium-ion battery. This whole combination makes the A3 Sportback a PHEV rating at 204 hp of power with 258 lb-ft of optimal torque. Well, this drivetrain is mated to the 6-speed automatic transmission with active manual shift mode.

Well, this is an Audi, a German Bella. And the handling is obviously poised like the other Audis. Ahead of that, Audi tried making the A3 Sportback E-Tron a sports variant hybrid car. And that is why you get the turbocharged engine. Well, this car launched from 0-62 mph in 6.5 seconds. Though not ideal, but still better. And she topped at 127 mph, which is even not ideal but better than too many others in the market.

The Audi A3 Sportback E-Tron takes the design of the A3 hatchback. Actually, it is the A3 hatchback but with the electric motor. The design is not much different. It comes with 16, 17 and 18-inch alloy wheels, LED headlamps, Audi signature grille and the same cross-down rear. The front grille gets the socket for the charging. Well, the options include various decent colors and some other amenities.

The Audi A3 Sportback E-Tron comes with a pretty decent interior design. The leather sports seats and the carbon fiber accent are some basic ingredients for this car. Well, the A3 Sportback E-Tron has quite a roomy interior. The front and back row offers plenty of space to sit. Along with that, the carbo gets 14 cubic feet. She is indeed a complete family car.

The A3 Sportback E-Tron gets a 7-inch retractable touchscreen infotainment system. It is the center for the multimedia, telephony, navigation and radio. Further, this car has a customizable colored TFT driver’s cluster display. Well, it shows navigation, performance tabs and multimedia options.

The A3 Sportback E-Tron has sufficient safety features included. It has everything a PHEV hatchback should contain. In addition to that, it gets plenty of handy active safety and driver assistive features. Like it features the lane keep assist, front object warning, cruise control and some other features.

The German gets the German. The BMW i3 is one cool option if you are looking for a PHEV vehicle. She is economical, has power and rates good with the electricity. And she is one good competitor for the Audi A3 Sportback E-Tron.

The Audi A3 Sportback E-Tron is really a fine car if you are looking something for the everyday job. It is economical and requires less fuel to move. And the interior is absolutely fine for a family ride.