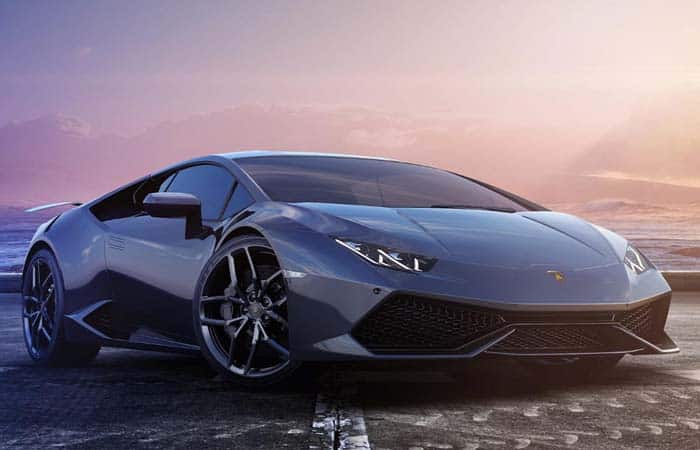 Sometimes you have to step up to show your powers. Though already you are filled with massive power inside. But still, you need to show the world that how strong you are. Well, in 2014 the hypercars manufacturer Lamborghini came up with the Huracan. She is among the wild hypercars present today. But that was not enough for Lamborghini.

Soon after that, the company began to research a much powerful car extracted with the bones of Huracan. Ultimately in 2017, the Lamborghini introduced the Huracan Performante. That was the Geneva Motor Show where the Performante was displayed for the first time.

The Huracan meant for the “hurricane”. While the Performante means “performance”. Certainly, the meaning of Huracan Performante is “the performing hurricane”. Or more precisely, a vigorous hurricane.

Initially, we learned that Performante is landed for the track purpose only. But once we saw her on a street, we thought that it must be a modified version. While when we went closer we understood that it is the same car that we saw before. We saw her running on the tracks, but on the streets, it was the first time.

The pricing begins from $203,295. While the Spyder is almost 10 grands expensive than the base coupe version.

The Audi’s research for making the performance cars look smarter has been very effective. The performance rating, technology, and the improvisation have been moderately improved. And the Lamborghinis of today are far better than what they were before Audi acquired Lamborghini.

The Huracan Performante is one of the living examples of Audi’s experiments. The devastating Huracan has been retouched to reach its maximum output. Well, the Performante is certainly a new car extracted from the Huracan.

It comes with the same gigantic 5.2 L V10 engine with loads of power. The power rating has been slightly improved. The Huracan Performante comes with 631 horses with 443 lb-ft of torque at 6500 rpm. There is almost 5% increase in the power ratio. The basic Huracan comes with 602 hp of power.

Well, thanks to the new titanium intake valves that have allowed more power into the engine block. This not only gave additional power but even gave it some space to take an extra breath. The titanium also helped in reducing the weight of Huracan Performante which lets the engine make this run quicker than its ancestor. Further, the power distribution in Performante is almost 7 – 10% better than the Huracan.

Along with the performance, the handling mechanism has been adjusted as well. Certainly, an increased power and reduced weight required the improvement in the handling credentials of this car. The suspension has been tightened up and rigid spring coils have been used to make Huracan grip the road sharply. While the unchanged tires still provide sufficient support in gripping the ground. And the bigger carbon ceramic brakes add more fuel to the handling.

There is a lot of improvement in the exterior design of the Lamborghini Huracan Performante. Though it looks same, the physics say that they both are different. Well, the Performante is 90 lbs lesser in weight than the standard Huracan. The new performance mechanism, as well as the use of more carbon fiber, has helped in reducing the weight.

Well, the next addition is the aerodynamic package called ALA (Aerodinamica Lamborghini Attiva). This is the active aerodynamic inclusion of the front hood and the rear spoiler. The aerodynamics are activated at high speeds (above 190 mph) to give a massive downforce to the car. Theoretically, the downforce is ranged between 765 – 775 lbs. Further, the front splitters even help in reducing the drag force. They let the air pass through to keep the pressure on the car so that it may stay sticky to the road.

The Lamborghini Huracan Performante is designed for the tracks. And so does it comes with the track-oriented sports seats. While it even has the option for the city seats if you wish to ride her on the roads. Further, the visibility is awesome. The outside view looks clear and beautiful while driving the Huracan Performante.

The Audi’s infotainment based driver’s cluster is included in the Huracan Performante. The system works fine, shows performance, tachometer scale, navigation and the multimedia options. But it sometimes becomes hard to interact with the system. The reading scale seems shorter than the required size.

Further, the Lamborghini Huracan Performante is capable of recording its performance logs that you can compare.

The safety package includes the airbags and stretchable seatbelts. Further, the Lamborghini Huracan Performante comes with the anti-lock braking system and the electronic brake force distribution. In addition to that, the cruising and the performance stability are also available that help in keeping the car steady at high speeds.

The McLaren 720S has more power as compared to the Lamborghini Huracan Performante. But the performing stance of the Huracan Performante is more than the 720S. Well, there are numerous reasons for it, such as the power distribution. But still, they are the birds of the same flock.

The Lamborghini Huracan Performante is a passionate car. She is hard to catch but easy to drive.