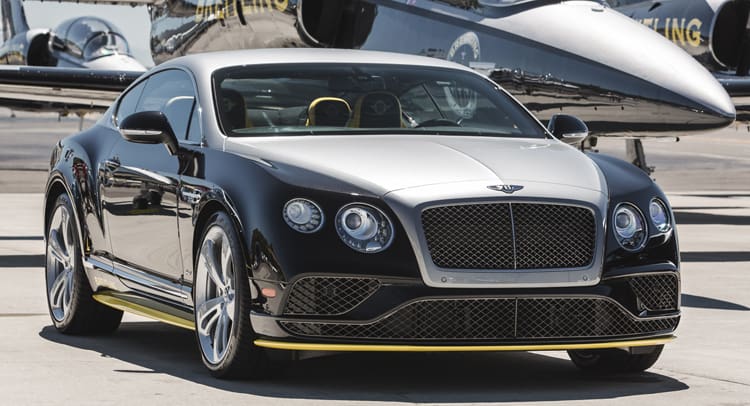 To drive a pricey luxury with superior performance is a dream of almost everyone of us. Actually, such cars are built for passionate drivers. For those who love a comfortable ride with sky-high performance. Indeed, this comfort is derived from the best notch of the automobile industry.

Initially, it was launched in the Fastback body style. But later in 2013, the convertible GT Speed was also launched. Well, this car has to bear a very less competition. As there are very few automobile manufacturers who invest in the super technology of cars.

The GT Speed shares almost the similar powertrain with the rest of the Continental series. But all that differs is the tuning. GT Speed has been tuned to perform faster and stiffer. While the rest of the series mainly deals with the luxury and comfort.

The amenities, optional packages, and the add-ons are available to stabilize the performance, art, and comfort of the car. An additional Black Edition GT Speed is available. It has the classier interior and exterior modifications as compared to the standard model.

Now, let’s get into some details of this car.

Under the hood of the Bentley Continental GT Speed is the 633 bhp 6 L twin-turbo W12 engine. This powertrain is rated at 620 lb – ft of torque. Well, GT Speed is capable of showing some mind-blowing performance. But she has been tuned to a specific limit.

The GT Speed makes the 0 – 62 mph run in 3.5 seconds. Though Bentley states that she takes 4 seconds to make this run. But, driving matters more than the performance schedules. Well, Bentley even states that GT Speed can reach 206 mph. But in our tests, we were able to take her only till 197 mph.

The all – wheels – drive is the standard driving configuration of GT Speed. The drive adjustment balances the weight or the car amid 40/60, 15/85 and 65/35. The adjustments could enable the GT Speed to reach the top speed of 206 mph. Well, this is what has been stated by the company.

It was indeed a lavish drive, full of pleasure and joy. Just step the throttle, and GT Speed will start flying. The launch is quite smooth and it does not really create the growling sounds. We expected some harsh snoring from this engine. But it was really quite smooth.

Well the Black Edition GT Speed comes with lower height. Although the specifications are same, but it goes faster because of its low height.

The Bentley Continental GT Speed has a classic appearance. She dresses up like the royal rides of the 60s. Elegance and royalty are in the state of art of GT Speed. By the way, the whole Continental is dressed up like the members of a royal family.

The front of the car gets Bentley’s iconic R-type grille. In the same Bentley fashion, the headlamps have been installed. Bentley Continental GT Speed offers Fastback as the standard shape. While a convertible is even listed in their fleet. Well, this convertible is more like the fastback without a roof.

The giant tires are wrapped up on the 21-inch 5-spoke Speed alloy wheels having the dark tinted finishing. The Continental GT Speed has a classic shape at the back even. Though the roof falls smoothly at the slightly extended trunk, but it even resembles the royal cars of the 60s.

Though royal families have mostly left their charms, but Bentley is still royal. So are its cars. Continental GT Speed is indeed one of the ultra-exotic cars living today. The Black Edition GT Speed enhances the exterior design options of the car. Contrast side mirrors and accent, colored wheels, sporty tailpipes and some other kinds of stuff are available on the Black Edition.

A lavish and royal interior design is possessed by Bentley Continental GT Speed. Well, the car has a hand made  interior. Once you get inside, you won’t ever think of coming out. It is such a comfortable car.

Well, Bentley has used piano black veneer for the accent trim. Further, there are more than a dozen colors available to color the hood. It is the choice of the buyer. Diamond quilted seats, a leather headliner and sports foot pedals are some additional interior ingredients. Well, everything in the interior of the Continental GT Speed could be colored. Bentley offers a wide range of attractive and elegant shades to color your ride.

The Black Edition is colored in contrast. Yellow, red, beluga and some other colors for the interior designing are available.

The Bentley has equipped Continental GT Speed with the infotainment system designed by Volkswagen. However, Bentley’s app powers the system. Further, the Continental GT Speed comes with Naim sound system, Wi-Fi hotspot 4G and mobile connectivity. Some other options for the convenience are even available.

The Bentley Continental GT Speed comes with all necessary safety equipment. In addition to them, it has adaptive cruise control and the rear view camera to enhance the driving abilities. Further, a number of other safety features are available for the Continental GT Speed.

The Aston Martin DB11 is the closest competitor of the Bentley Continental GT Speed. Well, it is pretty hard to differentiate among both of these cars. Well, DB11 is even a pretty luxurious car.

The Bentley Continental GT Speed is meant to run as a tourer rather than the sports car. It has all those features that can make your journey memorable.