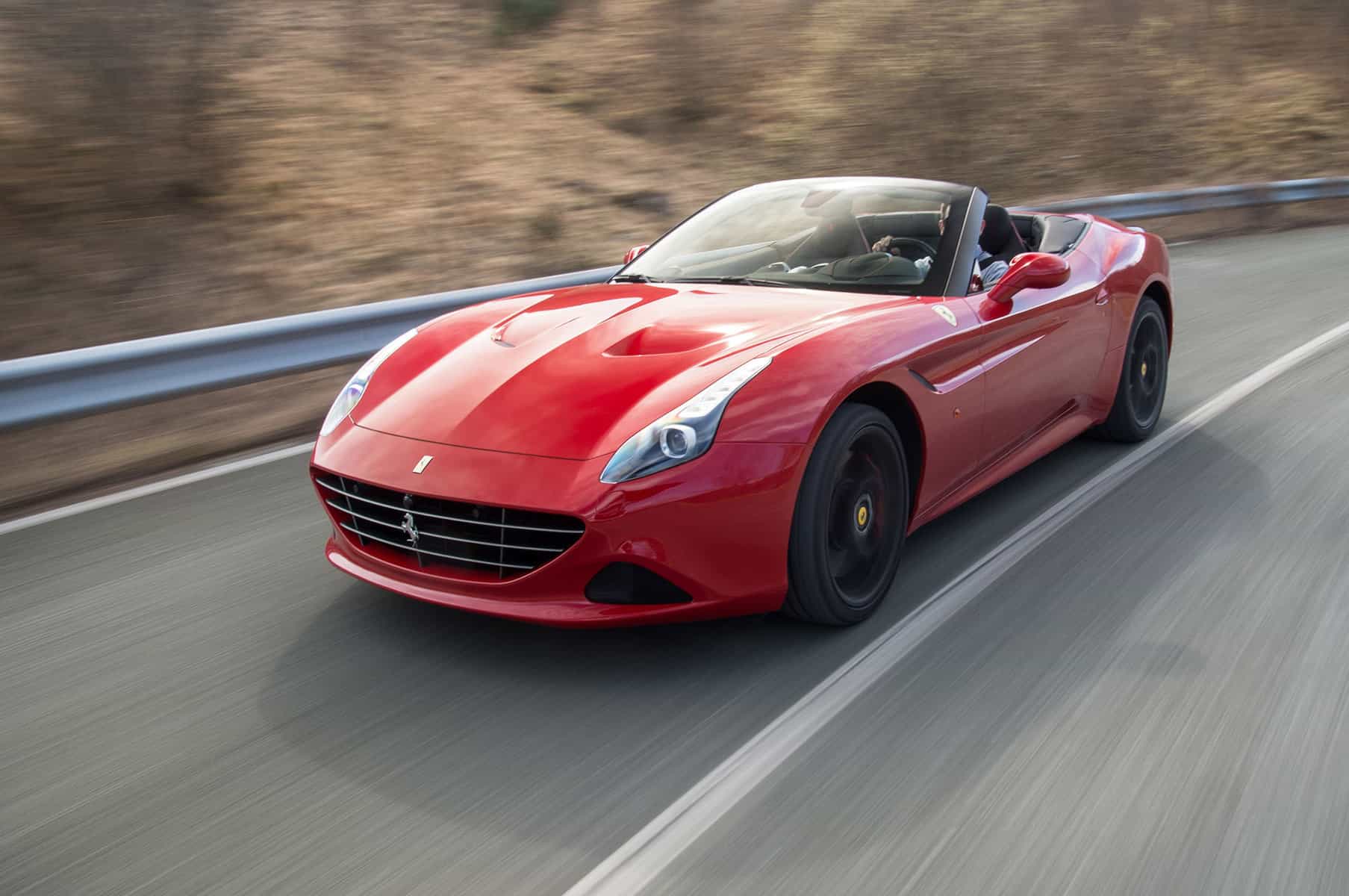 After getting up from your deep slumber in the morning, you take a cup of a warm coffee. Precisely, the black coffee! You dress up, take your breakfast and move out for your office. In your garage, there is this beautiful and the sexiest Ferrari California T waiting for you. You get inside, shut the door, and press the red button. The Ferrari ignite. And then it emits a sweet growling sound, revs up and gets ready to take you to your place. You gently bring it out on the road. Then you gear it up, decently push the throttle and here you go. This beauty won’t take long to get to your office and would even keep you as fresh as a daisy.

The letter “T” in the suffix of its title represents the turbocharged engine. However, the standard California comes with the naturally aspirated V8. Well, California T is the successor of the California. In 2013, the California title was discontinued.

After 22 years, Ferrari has used the turbocharged engine in any car. Well, the last time they used it in Ferrari F40 which had been the fastest car from Ferrari of that time.

The Ferrari California T bears the price tag of $207,000. Well, the Handling Speciale and Tailor Made packages are available for this car.

The Ferrari California T is equipped with a nicely tuned 3.9 L twin-turbocharged V8 engine. This engine is rated at 552 hp with 557 lb – ft of torque. According to Ferrari, this beauty takes 3.6 seconds to reach the 0 – 62 mph mark. In our tests, California T launched in just 3.5 seconds.

The California T is equipped with the Ferrari F154 engine. The same has been used in the Ferrari 488. But in 488, the engine specs are quite different. There this engine has 661 horses rated at 561 lb – ft of torque. Indeed, the 488 is quite faster than the California T. Well, this all depends on the tuning.

The Ferrari 488 has been tuned to perform speedily. While the California T sees the drive line for the daily usage. Further, the California T is quite cleaner than its predecessors. It emits 15 – 20% lesser fumes.

Commonly in the turbos, we find the turbo-gaps. This has been addressed pretty intelligently in the Ferrari California T. It comes with the Variable Boost Management System. This makes the engine to utilize small turbo intervals to overcome a major turbo-gap.

In 2016 Ferrari introduced the Handling Speciale package for the California T. It has been launched in previous cars from Ferrari as well. Well, this performance package upgrades some handling specs of the car. Here, the suspension and the shock absorbing springs are tightened. The transmission system becomes faster when the car is driven in sports mode. Indeed, Ferrari calls it the F1 Trac stable car. Actually, the Handling Speciale feature is the addition of sporty suspension in the car.

The word Beautiful cannot justify with the exterior designing of Ferrari California T. It is more than just beautiful. Rather it’s a class apart. This exceptional design is not just a diva. Instead, it even incorporates a healthy application of aerodynamics.

Well, the cosmetics include the Ferrari signature grille and star forged 5-spoke 19-inch wheels.Also, it contains LED in the front and taillights. Also, as an option 20-inch wheels are even available. The bonnet designing, the hardtop roof architecture and the rear of the car ensure a steady flow of air on the body. Also, the styling act in distracting the air from the body. It also helps in keeping the ride low. Indeed, there isn’t much requirement of a spoiler in the car because of an extended back.

The car frame has a transaxle design. The weight has 50/50 ratio. Further, the bottom of the chassis contains the engine. This placement has improved the center of gravity for the car.

The Ferrari California T is quite comfortable inside. Certainly, it feels like a royal cabin from inside. And it is not just comfortable. It is even quite friendly. Also, the controls are easy to understand and use.

The rich interior design incorporates finest seat finishing. Not only this, it has sports-comfy seats. This car also features properly aligned paddles, and necessary furnishing. Well, you even get a cup holder in this Ferrari.In short, it has all the features that a city ride should have.

The Tailor Made option is an interior enhancement available for the California T. Over the 70th anniversary of Ferrari, there have been 70 amenities added in this package. Well, all of them have been taken from the classic cars of the company.

A modestly designed infotainment touchscreen is standard for the California T. Well, it is a custom built system. This system is supported by the Apple CarPlay. And this system supports Music play, phone connectivity, and internet integration.

The architecture of the car incorporates the side impact beams. Well, the passive safety is essential for every car on road. Similarly, the Ferrari California T has sufficient passive safety equipment installed.

Along with the passive safety, there are ample active safety features available in the car. It has electronic stability and F1 Trac Traction Control. Also, it has parking sensors and tire pressure monitoring system.

Well, he Ferrari California T gets the competition from the Aston Martin DB11. Well, the DB11 has pretty much similar performance. But it is not that much comfortable.