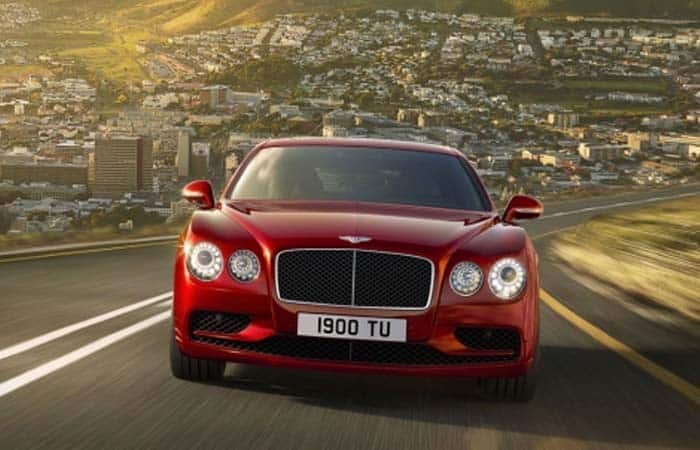 Whether it is the rough growling W12 or the passionate V8 Bentley, it amazes us every time. Well, Bentley has made it a standard to create a V8 car for every W12 version. We found that in the Continental GT and we are even experiencing it in the Flying Spur. This Flying Spur V8 is in business for half a decade.

It was completely a different car. Though the design and interior setup was almost the same. But the mechanism was totally different. It was not just a standard Flying Spur. But it was actually a downsized performance model.

Since then the Bentley Flying Spur V8 made a positive response in the market. It was cheaper than the bigger W12 and was smarter in a lot of ways. Especially the performance was quite fine and refined. It did not feel any rough like the massive W12 engines. But it was smoother and swift. Nevertheless, agility was blessed with this car.

The starting price for the Flying Spur V8 is $190,672. The available amenities would certainly take your invoice up to 200K.

The mechanism comprises of the 4.0 L naturally aspirated V8 engine. The power rating is just 116 hp lesser than the W12 Flying Spur. Further, this powertrain offers the 487 lb-ft of torque. Well, all these powertrains come mated with the 8-speed automatic transmission. Seems like Bentley trusts this automatic transmission a lot.

The performance specs are certainly poor as compared to its rivals. But Bentley has created a luxury car that can deal with some acceleration and speed. Well, in the V8 column, a car making 0-62 mph in 4.9 seconds might take your thought that is really a V8? Yeah, it is a V8, but the luxury included, makes it weigh higher than what it is.

Further, the same old 8-speed automatic transmission is not bet to stay effective for every powertrain. There was a need for something powerful to thump this car with the air. But Bentley felt good with it.

While the handling is better than what is included in the W12 version. It sways well, dwells sweetly and has more grip on the road. The Flying Spur V8 can stop within 167 feet from 70-0 mph. That is certainly impressive. Further, it has 0.83 g of the road grip.

Well, the Bentley Flying Spur V8 would have been called as the performing version of the Flying Spur series. But it mainly deals with luxury rather than performance.

The exterior designing is similar to the elder Flying Spur with the W12 engine. The headlamps placement, wheels design, front grille and the rear shape is almost all same. But the Flying Spur V8 is a bit smarter than the W12 version. It weighs less and the aerodynamics seem to be more responsive than the upper version.

A top-class finest interior is included in the Bentley Flying Spur V8. Though it seems dated, still it is luxurious and full of comfort level. The premium leather seats with exclusive color choice are included in this car. These are the straight flute seats with 4 color contrast selection available. Further, the accent trim comprises of leather and chrome.

The Flying Spur V8 gets a total of 5 seats. Well, we recommend seating for 4 people including the driver. Along with that, the trunk offers a neat space for the cargo. It carries a decent amount of luggage for the journey. The trunk has almost 17 cubic feet of space for the cargo and luggage.

The Bentley Flying Spur V8 features the 8-inch touchscreen infotainment system. This system gets the navigation, satellite radio, and the multimedia system. Further, the Flying Spur V8 gets 8-speaker audio system with 8-channels with the balance mode radiators. The Optional features include the Wi-Fi hotspot and bottles refrigerator with the frosted glass.

The rear seats get the display installed on the headrest of the front seats. These are the entertainment systems available for the movies and songs. Certainly, it makes it evitable for the long journey so that the rear seat passengers would not get their legs bored.

The Bentley Flying Spur V8 comes with all necessary passive safety equipment. It has enough amount of airbags to protect the occupants. Along with that, it has the stretchable seatbelts with adjustable settings. Further, the Flying Spur V8 gets the anti-lock braking system and the electronic brake force distribution. Ahead of that the adaptive cruise control with the stability and traction control system are also included.

The Mercedes Maybach S560 is an equal level car. Besides the performance specs, the S560 offers loads of luxury and comfort. The design is remarkable and she is a perfect kind of grand tourer.

The Bentley Flying Spur V8 is certainly a better option for the grand touring. It has performance, a detailed interior, and a royal exterior.