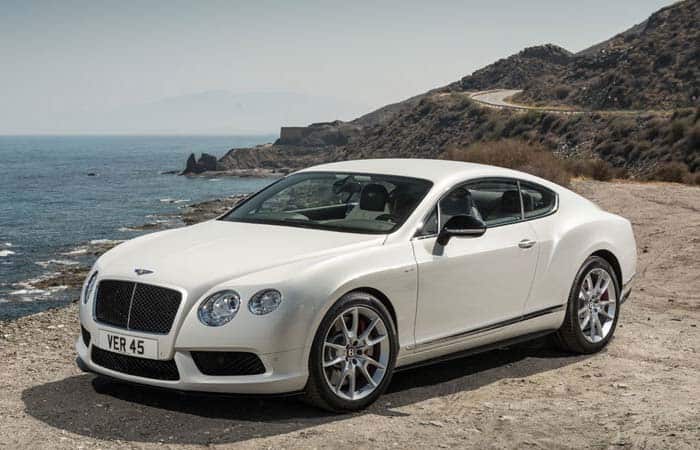 The luxury alone suffices to deal with comfort and agility. But sometimes luxury needs to give a bit of muscle to show some power. Well, either without a muscle or with a muscle, it remains the candy for the wealthy. But the muscular attracts those wealthy who lover power mixed with luxury.

The Bentley Continental GT has plenty of power to show off. But that is entirely a powertrain of robust calculation but resistant attitude. The performance not always depends upon the huge W-shaped engines with 12 and 16 cylinders. Sometimes it requires a decent V8 engine with some additional turbo or superpower to deliver performance. Indeed, you need science and technology to build sporty machines. Well, Continental GT missed the V8 engine which was later introduced in 2012.

But this simple V8 was never able to challenge the Mercedes and some other European counterparts. Just two years after the introduction of the Continental V8, Bentley sensed that power lowers still are not getting anything up to their desire. Consequently, they started working on the Continental GT V8 S, which has increased power and sustainability.

During the Frankfurt Auto Show 2013, the Bentley Continental GT V8 S was introduced for the first time. Just a few months later it was launched in the markets. As like the other Bentleys, the Continental GT V8 S has plenty of exterior and interior modification options. Along with that, it has more power and performance than its parent. The Continental GT V8 S shares the platform of the GT V8. But it has been tuned to perform sharply. Well, the base price of this car is $214,425 which may increase up to $260,000 after the options are taken in.

Jumping down from W12 to V8 made Bentley lose some attention. But on the bright side, it won a major audience that longed for a cheaper, lighter and faster Bentley. The Continental V8 series did just with that audience. While the V8 S added some more fuel to the pleasure.

The Bentley Continental GT V8 S comes with the 4.0 L twin-turbocharged engine. It is the same V8 engine that is available in the standard Continental GT V8. But the letter “S” makes it sporty and enables it to have 21 more horses at 502 lb-ft of torque. Well, these additional 21 horses make it lap 0.3 seconds faster than the basic V8. In a way, it is an upscale version of the Continental GT V8. It laps 0-62 mph in 4 good seconds, with her track best of 206 mph.

Further, this powertrain is mated to the 8-speed automatic transmission with manual shifting mode. Well, after coming down from the 12-cylinder monsters, the V8 does feel underpowered. But its driving abilities are agile. The reduced weight, enhance torque vectoring and more room for the handling makes is drive better than the monstrous Bentleys. In this car, you have to manage less and ultimately the motion gets better and better. Sharp turns are never a problem for the V8 S. And maneuvering at fast speed is quite easy.

The braking even benefits the handling a lot. The large ceramic brakes make the V8 S to stop from 70-0 mph within 156 feet. That is really awesome for a car weighing more than 5,000 lbs.

See Also: Best Cars Guys Use to Pick Up Girls

The Bentley Continental GT V8 S is available as a Coupe and Convertible. Well, the V8 S gets a sporty structure rather than the majestic royal body. It adopts a beautiful design in front like the cabs during the Dubai Festival. Further, it comes with the 20-inch wheels available in numerous designs. The projector lamps make it look like a modern luxury sports car. And for sure, it is one of the modern members of the Bentley family. It is not like a freshened old fella.

The coupe gets the fastback structure with the falling roof design. While the convertibles look like a shortened up Bentley sedan. The coupes still bring in some fashion and style. On the other side, the convertibles are no other than the royal taxis.

As like the other Bentleys, the GT V8 S is even full of rich interior materials. While unlike the other Bentleys it gets a technological cockpit. Well, Bentley has certainly gone against its traditions of old school designs. The veneers, wood species and leather are some major ingredients for the interior.

A lot of optional stuff is available for this car. Actually, Bentleys rely on the interior design a lot. Well, the Continental GT V8 S offers plenty of space for sitting. The front row is fine as usual, while the rear row even gets plenty of space despite being available as a coupe or convertible.

And in the rear, there is plenty of space for the cargo. You can carry your luggage quite easily for a long journey.

The Bentley Continental GT V8 S comes with the 8-inch touchscreen infotainment system. It is yet another Volkswagen system available with a different graphical structure. Well, it gets the option for the Sirius satellite radio and Navigation. While, the standard features include the suspension adjustment, climate control, multimedia, telephony, and Bluetooth.

The Bentley Continental GT V8 S gets sufficient amount of bags and belts for the occupants. The active safety includes the ABS, EBD, traction, and stability at large. While the rest of the safety is depended on the driver.

The bags are fine, and there is no problem with their deployment. The stretchy belts offer plenty of ease to adjust them. They are not like the stiff belts that you just tie and brake your movement.

The Maserati GranTurismo is yet another V8 fella. It comes with fine interior setting and delightful exterior design. But when it comes to the performance, the Continental GT V8 S overtakes it.

The Bentley Continental GT V8 S is a superb option if you need something with challenging ability, decent design, and lovable interior. She can make your driving days splendid.

On the other hand, you may also check out our 2018 review on the Bentley Flying Spur V8.