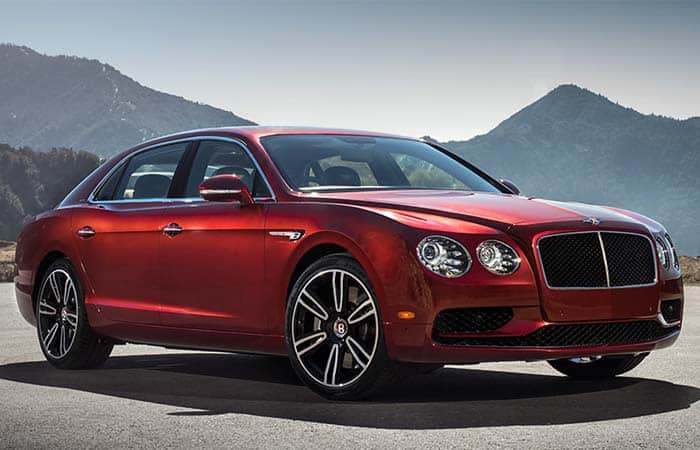 The Flying Spur V8 has already made a bold impression on its followers. But to mark some more responses a sporty variant was obvious. Well, the V8 versions came out in 2014. And they kept on pleasing some drivers and spectators. But a couple of years later the Bentley introduced an upgraded variant of the Flying Spur V8.

This variant has been titled as the Flying Spur V8 S. It is not a new car at all. Instead, it is the same old Flying Spur V8 with some more power under the hood. The design, interior, structure and drive quality, they all are the same. It is a bit quicker. But does not offer any new driving experience.

Well, the Flying Spur V8 S was introduced in 2016. And soon after that, its commercial introduced was followed. If you are really interested in getting one of those, then you definitely need to have $200K in your account. Although the Flying Spur V8 S begins from $191,730, the available amenities would certainly make you get them.

Now, let’s go ahead and see, what is new in this car.

The Bentley Flying Spur V8 S is quick and sharp. It is not too much power than the base version. But it has some nice sporty traits.

Well, the Flying Spur V8 S gets the same engine. But it has been blessed with some more power. This powertrain gets 21 more horses making 502 lb-ft of torque. Comparatively the whole system is totally powerful than the base ingredient. Further, this powertrain even gets the same 8-speed automatic transmission with the manual shifting mode.

When it comes to the performance the Flying Spur V8 S steps 0.9 seconds quicker. But still, it does not match the performance log of its competitors. As they punch usually around 3.3 to 3.5 seconds. Further, Bentley states V8 S to be 7 mph faster than the standard V8.

Away from the performance, the suggested fuel combined fuel mileage is around 17 mpg. While what we calculated is not more than 15 mpg. But that is what would matter a lot when you have to count on luxury and performance.

But if the Bentley Flying Spur V8 S would have been lighter, it could have competed for its rivals. The total curb weight is around 5,509 lbs. Which is absolutely too much for a performance car. Though Bentleys are the luxury companions. But the V8 S is introduced as the performance version of the standard V8.

The exterior styling is quite similar to the standard V8 model. Even the measurement is quite similar. Well, here you get the same retro-styled front fascia and an old-school rear. Further, the cosmetics include 20 and 21-inch alloy wheels, projector headlamps, fender vents, and some passive aerodynamics. Ahead of that, the Black Edition adds some aggressive feel to the design through the available black color exterior and darkly shaded wheels.

The cabin is filled with luxurious ingredients. While it appears much like a historical car driven by a duke or a prince. Well, the leather inlays, carpeted mats, cushion seats, and leather trim could be found on this car. Further, you can even get bottle cooler where you can put your Champaign and can even get the glass box.

The seating is available for 4 including the driver. And there is plenty of space in this car. Along with that, Flying Spur V8 S even offers enough space to carry luggage.

Though the Flying Spur V8 S seems pretty much primitive in its class. But its 8-inch touchscreen infotainment system adds some crisp to the journey. Well, it is just a multimedia music player with the Satellite Radio. But it even offers navigation and some nice driving tools. Well, the music system gets the 8-channel and 8-speaker audio system to sooth your ride. While the Wi-Fi hotspot remains an optional feature.

Some essential safety features could be found installed in this car. Like the airbags and the seatbelts are available. Ahead of that, the antilock braking system and the traction control system is also available. Further, the adaptive cruise control remains an optional feature. Along with that, there are even some more driving dynamic features available.

Plenty of dudes are out there competing the Bentley Flying Spur V8 S. And each one of them offer relentless performance traits and remarkable interior setting. While the Mercedes-Benz S-Class stands very much close to the Flying Spur V8 S. Well, the S-Class is fresh, modern and has a well-versed driving experience.

The Bentley Flying Spur V8 S is the choice for those looking for a passion rather than exhilarating modern cosmetics. It is a fine car if you are not dying for a USB port.