Skip to content
Home » The Best Radar Detectors in 2022 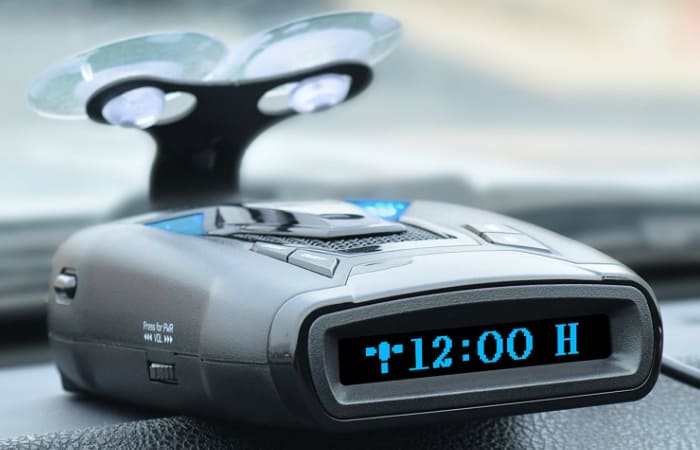 One of the worst things all drivers may encounter is facing a cop on the side of the road. Even if you are a careful driver, there is still a 50-50 chance that you will make driving mistakes. After all, anything can happen. However, there is a way to completely avoid a certain moving violation. It is totally possible that you will never receive a speeding ticket as long as you check a radar detector from time to time.

The electronic device called radar detector is used by drivers to detect if there are cops or law enforcement officers who are monitoring their speed through a radar gun. This is a clever way to avoid speeding tickets because you can reduce your speed before things get worse. Be careful though; radar detectors are illegal in many countries. However, if this device is absolutely okay to use in your area, then feel free to find out which product is the best radar detector this year. 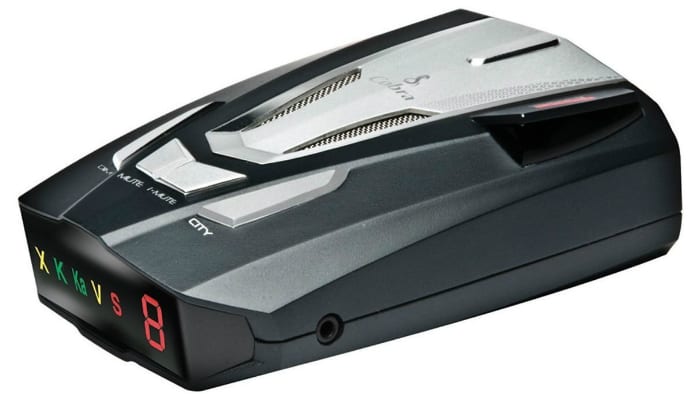 Cobra Voice Alert 14 Band 360 Degree Protection Radar/Laser Detector has an extremely bright display for easier data monitoring. However, since motorists have to keep their eyes on the road at all times while driving, it uses voice alert to keep the driver from looking at it during travel.

Regarding its detection feature, this radar detector has a super-wide range because of its advanced circuitry. It can detect several types of signals: seven for radar while six for laser, including 360-degree detection. It reserves one signal for Safety Warning System. 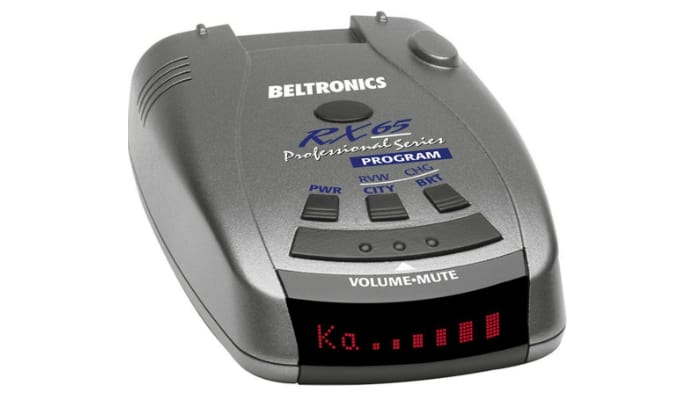 Beltronics Professional Series Radar Detector removes false alerts, thanks to its innovative AutoScan feature and digital signal processing. It can be easily programmed with up to seven selections if you prefer to customize it based on your level as a driver. There is no need to worry about the cops anymore since this radar detector cannot be spotted by VG-2 detection. 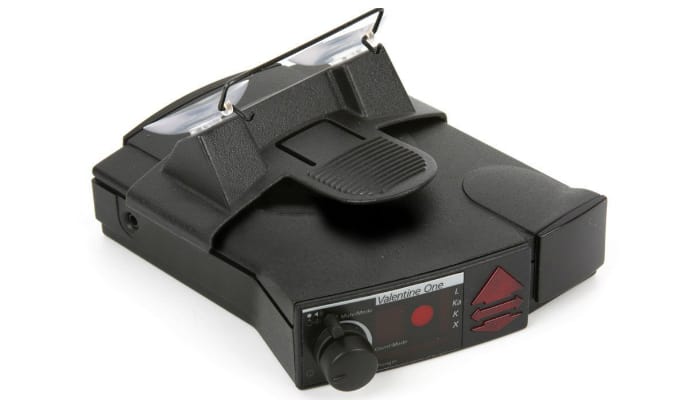 Valentine One Radar Detector has two antennas: one in the front and another at the back. Two antennas are better than one since they always correctly show the strength, band, and direction of the radar signal as well as the current quantity of spotted radar units. This product has been existing since 1992 which proves its credibility to buyers. It just keeps getting better and better with its new advanced systems. 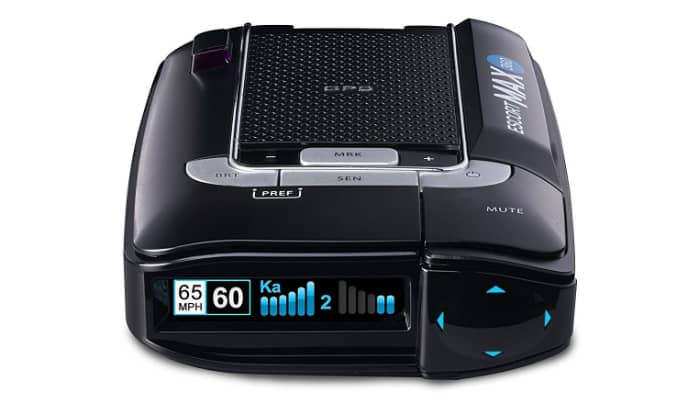 Escort Max 360 Radar Detector has an unbelievably fast response time when it detects a signal. Its precision is top-notch. The display is extremely clear, easily showing real-time data regarding speed limit. This radar detector can be easily connected to its special mobile app through Bluetooth.

To know more about other car devices that can connect with different gadgets, we have a list of the best portable Bluetooth speakers. 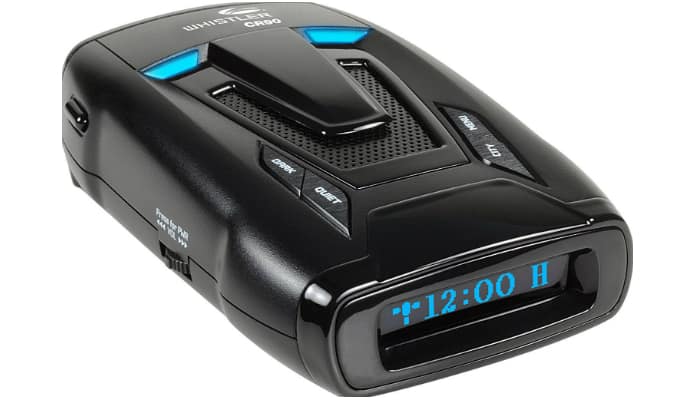 Whistler CR90 High Performance 360 Degree Protection Laser Radar Detector can detect even the slightest hint of radar because of its POP mode. If there are multiple signals, it can prioritize the most crucial alert by displaying it first.

It can even keep you alert behind the wheel, thanks to its smart design of using blue LED light for notifications. A lot of studies already proved how excellent blue light is for boosting alertness. 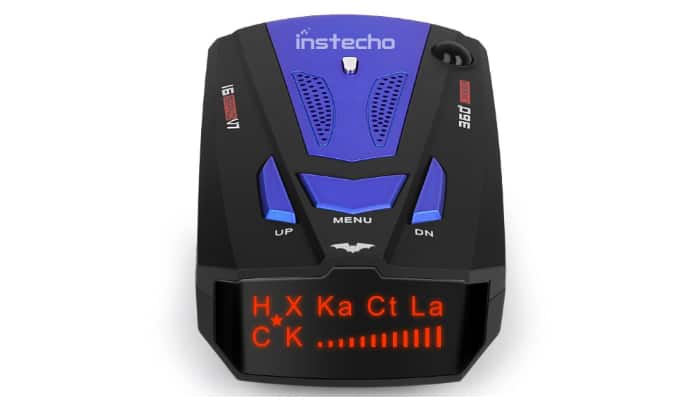 Meter.llc Instecho Car Speed Alarm System Voice Alert Radar Detector can be switched to either highway or city mode in just one press of the button. Its alert sound is versatile: it is quick for simple signals yet continuously loud for a nearby police car.

How to Select the Best Radar Detector

Here are important factors to consider in choosing the best radar detector for your vehicle:

Meanwhile, cordless radar detectors are portable. They are the exact opposites of remote-mount detectors. Compared to corded ones though, they give a cleaner installation. 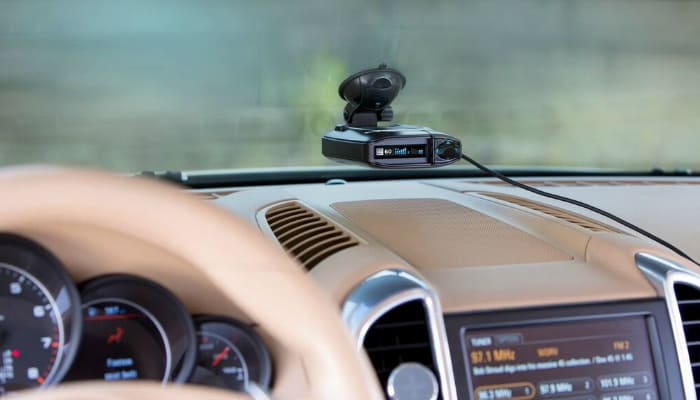 Speaking of corded radar detectors, they are normally mounted right on the windshield through suction cups. They are much better than cordless and remote-mount types when it comes to detection range.

Speaking of car essentials that are mounted on windshields, check out the most ideal windshield sunshade products currently available in the market.

The usual modes radar detectors provide are called “highway” and “city.” Highway mode sets stronger sensitivity to signals since the range in this type of location is much wider due to minimal appearances of other vehicles.

On the other hand, city mode lowers the detector’s sensitivity to minimize getting false alerts from objects that are like radar guns when it comes to giving signals. One example is the automatic door opener. Urban areas are packed with various buildings and establishments, so it is best to have a detector that can be set to city mode.

Most radar detectors can also sense lasers. The problem with those that only have one sensor is failing to detect lasers from other directions. So, if a radar detector also has laser protection, make sure that it has 360-degree detection. This type of detector has two sensors, making it more dependable but expensive.

You have to be sneaky in using radar detectors. Your future device must have advanced technology relevant to shielding RDDs or radar detector detectors. If cops find out that you are trying to outsmart them with your detector, you might get into trouble.

Also, beware of Spectre technology which is a more high-tech RDD. Good thing that there are radar detectors for that. These detectors provide “invisible” protection so they can stay away from both VG-2 and Spectre RDDs. Just brace yourself for the price since this type of detector is costlier. On the other hand, some detectors give “stealth” protection, warning you about a strong signal before automatically shutting down.

Do not take for granted the voice alert feature of most radar detectors nowadays. A few seconds of not paying attention to the road can already lead to an accident. The voice alert usually notifies the driver if there is a signal. However, some detectors take it to the next level by offering more specific voice alerts about direction, type of signal, and other details.

Phone mounts for cars are also strong promoters of road safety. A big no-no for drivers is holding a phone while driving.

Cobra Voice Alert 14 Band 360 Degree Protection Radar/Laser Detector is our top product because of its voice alert feature, extra-wide range, the capability to detect various kinds of signals, and complete laser protection. When browsing for the best radar detector for your car, consider the product’s type, modes, capability for laser detection and voice alerts, and high-tech privacy features.