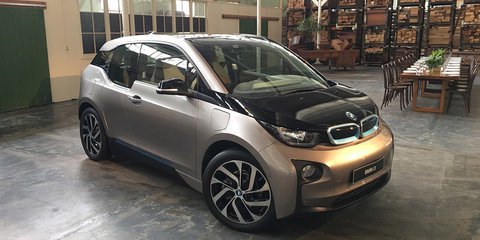 BMW or Bavarian Motor Works introduces the BMW i3. In the manufacturing of BMW i3, the German played a vital role when they launch a new mega city electrical vehicle. It is the product of several years of research, development, and innovation. In the field of electrical automobile and the new sub-brand of BMW, the BMW i3 with its optional range extender is steeped in technology.

The production of BMW i3 stared back in 2013. The car is assembled in Leipzig in Germany. The car paved its way to the market in 2014. Richard Kim is the chief designer of the BMW i3.

The “Project i” is an electric car program of BMW. i3 holds the credit to be the first car produced through this program. In the mass growing world, pollution is becoming a vital problem. Every other developing and developed country of the world is facing this problem. The pollutants are majorly exhausted by the vehicles on the road. Through the Project-i BMW addressed this issue. The all – electric powertrain of the car allows it to exhaust almost 0 (zero) pollutant in the air.

The model for the year 2017 has got powertrain improvements. The present model has an increased range. This made BMW to name  the i3 of 2017 as Range Extender. While there is already an extension in the model known as Range Extender. However, we didn’t find the extended version different from the basic car. The BMW i3 (60 ah) is yet another model in the series. The sub-models in the franchise are named as Deka World, Mega World, Giga World, and Tera World.

The BMW i3 comes with a standard 125 kW electric motor. However, an optional 25 kW 647 cc two – cylinder generator is offered.

BMW i3 has very silent and smooth driving. What surprises people more is the high torque in an electric car. Comparing its performance with the standard gasoline cars yield comparative results. The i3 takes a round of 0 – 62 mph within 7.2 seconds. And there are a number of gasoline and diesel engines that don’t match this acceleration. Although, we even received an acceleration of 7 seconds on a straight track.

BMW i3 operates three driving modes, the Comfort, Eco Pro and Eco Pro+ mode. The Comfort mode means a standard drive. The drivetrain and powertrain perform fully and gives the maximum power. In the comfort mode, the car can drive up to 100 miles. In the Eco Pro mode, the performance is a bit relegated giving some percentage saving in energy consumption. And the Eco pro+ mode is an extreme savior of energy. It brings the equipment of the car to the power saver mode for exercising more range.

Handling is an important chapter of performance. The BMW i3 utilizes the concept of Dynamic Stability Control (DSC). The system distributes the weight of the car evenly due to the light weight structure of the design. This provides a smooth handling to the car as the center of gravity gets lower.

Carbon – fiber – reinforced polymers have been used in the design of the car. They reduce the energy consumption of the car allowing it to travel more distance.

It looks a precious little car because of its classic design. Especially the headlights of the car look pretty beautiful. The suspension is aligned for quick steering. The configuration of the suspension allows the wheels to respond timely. It benefits the city drivers who have to run the errands. BMW i3 is available only in the hatchback body style.

German cars are designed to have beautiful shape and style. This is what is found in BMW i3. The car bears the badge of e-drive along with the BMW logo.

The Range Extender model has different side mirrors as compared to the standard available. The optional parts for the exterior are easily available in a number of markets.

Well, BMW has designed the interior of i3 quite decently. Through the interior of i3, a new form of driving pleasure is received. It is a four-seats car. While the seats are soft, smooth and stylish as well as sophisticated. Four adult passengers along with the driver easily and comfortably accommodate in the car. Besides, the trunk is ample to carry the groceries. Its view, through windscreens, of the road is clear. The trunk is waterproof. BMW i3 is impressive from all angles, especially from the inside. BMW i3 has an improved wireless phone charging facility, headliner, and lighted speaker for the pleasant music for 2017.

Remote Vehicle Shutdown (RVS) technology is one of the major features of BMW i3. BMW has been successful to stop a number GTA scenes through its RVS technology.

BMW i3 has sufficient passive safety measures. Not to forget, BMW i3 had the highest safety rating among the EVs. But a present day test concluded i3 to be short of some safety features. Not just i3, some other EVs are even pointed out in this respect.

Well, i3 actually received the “Acceptable” rating for the head and seat restraints. This lowered the overall safety rating of the car.

Among the active safety features, Adaptive Cruise Control, Radar Sensors and Autonomous Braking System (ABS) are notable. The ABS of BMW i3 received the “Advanced” rating from IIHS.

Certainly, we weren’t able to find a suitable match for the BMW i3. It is because of its highly calculated design, drive range and battery and motor performance. A close competition is received from the Volkswagen e-Golf. Actually, i3 has some fine performance as compared to the e-Golf, but that isn’t a great difference. While e-Golf bears a starting price of $21,500, which makes it rank higher than i3.

Agile electric performance in EVs is still not available in the world. Companies are trying to come up with sustainable features in electric cars. But what we have presently in the shape of i3 could be a good choice for you.