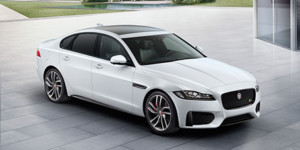 Since Jaguar has been taken over by the Tata Motors, a lot of improvement has been witnessed. Jaguar F-Type (SVR) is a proof of their improvement. Today we are going to discuss the Jaguar XF, for the model year 2017.

XF replaced the long living Jaguar S – Type. The car was introduced in 2007 and since then it is in the market. XF has been designed and produced in Britain. During the development phase, the franchise was known as X250. In the beginning of the year 2007, the concept car was displayed at Frankfurt Motor Show and North American International Auto Show. The car was made available for the consumers by March 2008.

The concept design that was displayed in the Auto shows was different from the market versions. The front of the concept car was much like the Jaguar XJ, launched in 1968 – 92.

The car has been used by the U.K police. The special version was unveiled in 2009 and was provided in 2010.

The Jaguar XF is in its second generation. The generation commenced in 2015. The development title of the car is X260. The model line includes the basic XF, XF Premium, XF Prestige, XF R – Sport and XF S. The base model is priced at $48,250 while the finest model of the franchise is priced at $63,200.

Jaguar has certainly become a class apart. The devotion and effort in the cars production of the company has made it able to earn a reward for almost every of its produce. The Jaguar XF has been awarded as the Best Saloon by Golden Steering Wheel Awards in 2016. Besides, there is a range of awards earned by the franchise. 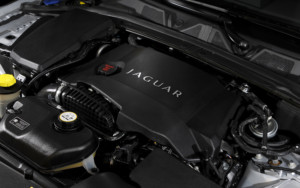 When you move above the range, you meet the 3.0 L V6 engine. In the petrol range, the supercharged engine is offered. This engine range starts from the 340 horses @ 332 lb – ft of torque. The finest tuning is offered in the Jaguar XF – S with 380 horses @ 332 lb – ft of torque. While the tests revealed the difference of the XF – S to be only 0.1 seconds faster than the standard 3.0 L supercharged engine.

With a Supercharged V6 engine you barely expect a good fuel mileage. But the XF is capable of giving an EPA of 24 mpg. Certainly, it makes the Jaguar XF best in its business. 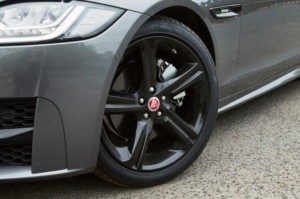 Jaguar XF is the first ever car in the Jaguar Land Rover cars’ list to have the LED headlamps. Certainly, it has been followed by Jaguar to make its cars compete the German brands. Almost every German car has the LED headlamps and taillights now – a – days.

Aluminum has been extensively used in the design of the car. Thanks to the designer for choosing the aluminum which has made XF 190 kg lighter than its first generation.

The present day Jaguar XF is almost 0.3 inches shorter than the previous generation. Instead of the length, the wheel base of XF has been increased by 2 inches. This has increased the space in the rear seats of the car.

The most striking aspect of the XF’s exterior is its Aerodynamics. It employees the CFD (Computational Fluid Dynamics). Using this technology the exterior of the car has been designed. That’s what can be examined in the rear of the car, which has been raised higher than usual. It has improved the airflow over the car and has allowed more performance. XF bears a drag coefficient of 0.3. 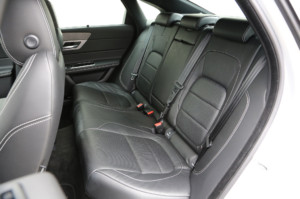 The remarkable thing about the Jaguar XF is its interior. The lowest model in the franchise even has the finest quality of leather trims. Even the plastic parts that are evidently met in base models of the cars are made of leather in XF. Wood, aluminum, and carbon fiber interior add-ons are available in the higher trims.

Jaguar XF is labeled as an executive car. And this is what has been witnessed through the interior of the car. It has rich colors with the enchanting costume of leather upholstery. 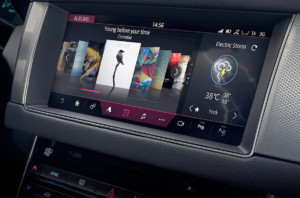 The Jaguar XF has 8-inch touchscreen. It is equipped with the Jaguar InControl® infotainment system. Further, the XF has the 380W Meridian™ sound system. While the navigation is an optional feature available for the XF. 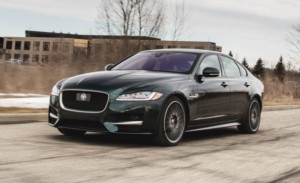 Intelligent Driveline Dynamics is one of the useful safety feature of XF. It helps to adjust the handling of the car as per the condition of the road. It is mainly added to maintain the traction of the car. Besides, the passive safety requirements are all available in the car. 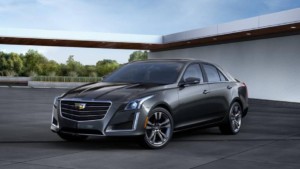 The Jaguar has a number of competitors from the Europe. Every next German car competes the Jaguar. Even a lot of criticism is done by the German cars’ manufacturers for Jaguar. But the Jaguar XF receives a tough competition from the American Cadillac CTS. However, XF performs better the CTS, but the price difference ranks Cadillac higher than Jaguar.

If it’s all about price then there won’t be anything like a Jaguar. But if there is something like taste and power, the XF could be an ideal choice.