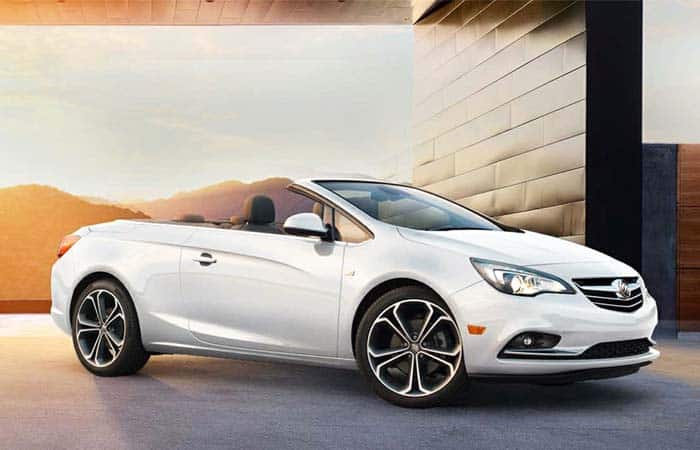 There have been a number of European city cars that found their way into the North American market. A lot of them got fame because of their delightful powertrain and comfortable seats. While some got relegated and their production got paused because they could not bear the heat of the American competition.

Well, this trend never got over. In the present day, there are even some European cars that get their way into the American market. And usually, those are the rebadged versions that found their way here. One of such examples is the Opel Cascada that is marketed into the United States as the Buick Cascada. Well, the European version was introduced in 2012 and was released in the market in 2013. While the American version was introduced during the North American Auto Show 2015 and was launched in 2016.

The American Cascada just gets a single drivetrain, minimal options for the exterior design and similarly a few options for the interior comfort. Among the competition, it is just like a lethargic European counterpart that is living as a liability. The price structure hardly matches its structure. It gets its fame because of its badge. Otherwise, there is nothing much attractive in this car.

The Buick Cascada is available on 3 different models. Where the Cascada is the beginner version, the Premium takes in some comfort level and the Sport Touring is the enhanced version available. The base price is usually a debate for this type of car. It begins fat$33,065 which is certainly a price for a neatly designed Electric Vehicle, with less maintenance cost. While the upper trim is available for as low as $37,065 which makes you choose a domestic SUV.

The American Cascada is shredded to a single drivetrain. It is impeccable to accept such a performance log in an entry-level luxury car that comes with a singular option.

Well, it is the GM’s Medium Gasoline engine, having 1.6 L inline 4-cylinders. This engine offers 200 hp of power with 221 lb-ft of torque. Well, it sounds much like the Toyota 86 and the Subaru BRZ. They both share a 205 hp 2.0 L turbocharged engine. And are certainly faster than the Buick Cascada. Well, this drivetrain comes with the 6-speed automatic transmission. And it is more like a hefty sloth on this car.

The Casacada even has a turbocharged powertrain that should really boost up the performance. But here the scenario is quite different. In our test run, the Cascada took some relatively more time to launch than other cars with similar specs. It took around 8.4 seconds to reach 62 mph. Along with that, she only managed to reach 120 mph. And that was only possible to run her over a straight track.

Such a slower performance is just a liability. Well, this is all because of its enormous 3,960 lbs of weight. And if Opel had worked out the weight on this car, it would have been much smarter.

Despite its awkward performance, the Buick Cascada has managed to reach a million dollar sales. Well, that could only because of its fame and marketing.

Well, the Buick Cascada offers some decent mileage but it is not that much decent to allocate it among fuel-saving cars. It offers a combined mileage of 23 mpg. While the city tops at 20 mpg. And we managed to go around 18 mpg in our mixed test of fast and slow driving.

The Buick Cascada is only available in the 2-door body style. Well, there is no coupe available. But with the closed roof, you can enjoy the ride of a coupe. The Cascada brings in all the exterior concepts of European small luxury cars. It has a happy face, decent grille, LEDs and projector headlamps. Further, it gets the 20-inch alloy rims, available in different designs. Well, Buick offers different colors for the top. You can choose a contrast or matching color for the roof.

Ahead of the cosmetic design, the Cascada does not really bother the aerodynamics. Though it has a low front end and high rear with a spoiler. But it does not suffice with its performing guts. Ultimately, she is just an ordinary city car, with very less to offer in terms of fast rides.

Besides the performance and the exterior design, the Casacada has got some cool interior. It could have been a remarkable car if it has good performance. The interior ingredients include leather-appointed seats, heated steering wheel, and 10-points seat adjustment. Besides the leather, the black carbon fiber is available in the upscale version for the accent trims.

Well, the seating space is generally for 2 people. While the Buick claims that it is for 4 passengers including a driver. It is really strange that how would the passengers get in the rear seats. As it is really short on space in the rear. Probably, you cannot get the adults in the rear.

And amazingly, the Cascada has some sufficient spacing for the cargo. Well, if Opel had reduced some cargo space for the rear seats, it would have been comfortable.

A 7-inch touchscreen infotainment system is standard for the Buick Cascada. Along with that, navigation is also standard. Well, this system offers Bluetooth streaming and telephony, Wi-Fi and SiriusXM satellite radio. Additional features include 7-speaker audio system and the anti-theft control system.

Well, there is no Android Auto or the Apple CarPlay available. Just only the standard connectivity is available in this car.

It was really hard to believe that Cascada would be a safe car to drive. Because it is overweight and offers fewer specs for the aerodynamics. But luckily, the Cascada offers enough safety for urban and extra-urban driving.

The occupant safety is almost perfect. It has ample amount of passive safety equipment installed. While under the chapter of active safety features, we get cruise control, lane departure warning, parking assistant, and tire pressure monitoring system.

Finding a competition for such a car is not that hard. As you do not have to pull out the catalog of handsomely crafted and superb performance cars. Well, the Acura ILX is the closest match of the Buick Cascada. The ILX is certainly better than the Cascada because of its performance and exterior design. While the interior setting of both the cars is similar.