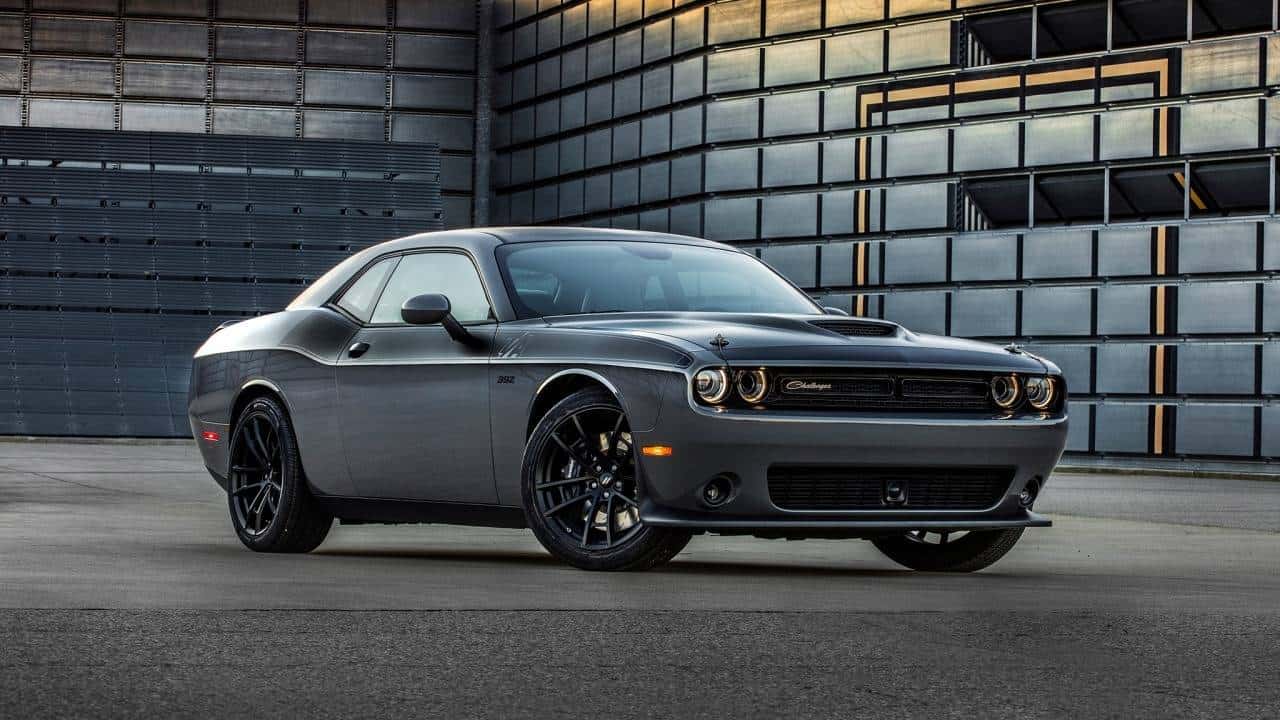 The holy rites and the political sterns aren’t unusual. But a 70’s shaped 2017 muscle could be unusual. Vodos and the Sabres have ruled the streets for long. Dating back to the 50’s, the Sabres were the drift machines and the Vodos laid out some dance for them. But it wasn’t long when they became rivals of each other.

Then in 1978, Mitsubishi borrowed the Challenger technology and launched it as Galant Lambda. In 1983 it went Silent.

In 2008 Ford launched the Mustang for another time. Dodge found it a competitive car for their Challenger and brought it out once again. That was the fourth generation of Challenger. And finally, Challenger has reached its fifth generation.

Challenger has been one of the successful vehicles for Dodge. It even has earned them a good rep among the muscle lovers. Dodge has marketed more than 400,000 units of Challenger till date.

Challenger has even participated in motorsports. It was 1970 when it first took part in the SCCA Trans-am Series for the first time. Since then it has gone through a number of competitions. And is still participating.

There are four different powertrains available for the Challenger. The first begins with the 3.6 L Pentastar™ V6 engine. This drivetrain is rated at 305 hp running at 268 lb – ft of torque. This is the basic drivetrain offered for Challenger. This powertrain is mated with the 8 – speed automatic transmission ventured as the TorqueFlite®.

The next level is the 5.7 L Hemi® V8 engine with a fuel saving technology. From here the performance cube of the Challenger begins. This powertrain is sufficient to deliver 375 hp @ 410 lb – ft of torque. 8 – speed automatic remains the basic transmission while an optional 6 – speed manual transmission is even available. The manually transmitted 5.7 L can make the 0 – 62 mph run in 5.1 seconds. While its track best is 155 mph.

Next, we moved to the immense 6.4 L Hemi® V8 engine. Certainly, this is the heaviest powertrain available for the Dodge Challenger. But it’s not the most powerful one. Well, this powertrain is rated at 485 hp making 475 lb – ft of torque. Indeed the 6.4 L V8 is capable of drinking a whole lot of fuel it just a few miles. But thanks to the MDS fuel-saving technology which shuts down four of the cylinder of the V8 when they aren’t required. Somehow you can make 30 mpg with the help of this MDS thing.

Finally, we get the Hemi® V8 Supercharged 6.2 L engine. It makes 707 hp @ 650 lb – ft of torque. This is the most powerful drivetrain available for Dodge Challenger.

How would you rate a muscle in the 21st Century? The one having sharp looks and sporty design. But Dodge has followed its ancestors. The Challenger is yet another Sabre of the 21st Century. The same old 70’s design with a bit of present day modification. Now it doesn’t really release the sun flares, instead, it has LEDs installed in the front and the back. 12 different alloy wheels from 18 – 20-inches are standard and optional for Challenger with the groove sporty designing. Aero and Autodynamics are brilliant in Challenger, but they are brought down by its ancestors. Rather, the Dodge Challenger for the model year 2017 is not an ordinary muscle, instead, it’s an electronic muscle.

The Dodge Challenger has got a sporty interior. The Dodge tells that interior design has been inspired by the one available in 1971. Ducked sporty seats, leather accents and trims, and contrast stitching are some ingredients of the Dodge Challenger. A number of interior packages are available for the Challenger (according to the model level). Indeed it has been inspired by the Challenger of 71’ but it has a pretty acoustic steering wheel. Further, in the trunk, you get ample space to pack your luggage or even run your groceries.

Though Dodge got inspired from the muscle of 71, but thanks to Dodge that they let Challenger have some amazing features in it. The base model SX gets the 5.0-inch touchscreen infotainment system. Besides SX, all other trims have the 8.4-inch touchscreen infotainment system. Uconnect® Multimedia, Bluetooth® streaming audio, Apple CarPlay, Android Auto and the Navigation are some available features for the Dodge Challenger. The Harman Kardon premium sound system is even available to sooth your Challenger.

A 7-inch customizable cluster gauge is standard in all the models of the Dodge Challenger. The infotainment system has some huge amount of functions available. Indeed they are meant to tune the car performance. But at times the system goes a bit vague and confusing because of so many functions. Rather you forget that from where did you begin and where you’ve to head on the panel.

Unfortunately, it was hard to find another muscle to compete Dodge Challenger. So, we brought in the Chevrolet SS. The Chevrolet SS is handsomely designed, has four doors, and takes in less fuel than Challenger. Ultimately found challenger lacking in some portions in comparison to SS.

The Muscle enthusiast would love to drive the Challenger. Especially the SRT Hellcat. But if you are looking for something fun to drive, then you may start looking for another option.