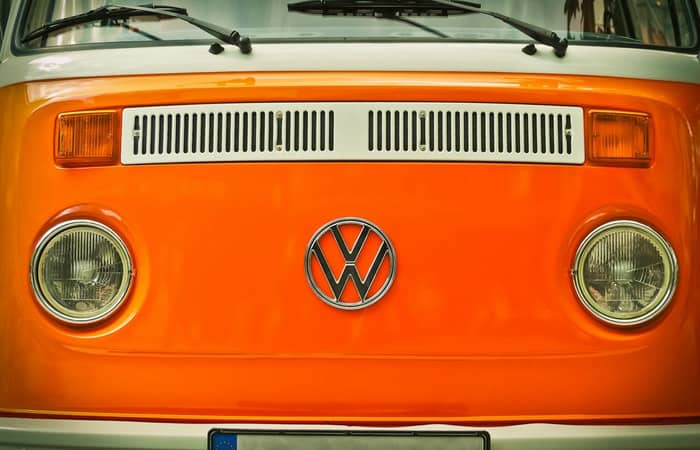 Volkswagen Group is the international name for Volkswagen AG. It is a world-famous automotive manufacturer in Germany. The whole operation of the company revolves on designing, manufacturing and distributing engines, motorcycles and – of course – vehicles. Volkswagen AG is so powerful that it was the seventh largest company in the whole world, according to the list from Fortune Global 500 in 2016.

A major reason why Volkswagen AG is such a massive company is how it managed to have 12 major subsidiaries with their respective iconic brands. Brace yourself for the list of companies under Volkswagen AG that are world leaders in the automotive industry.

Audi has its roots back in the first part of the 20th century. In 1932, it started as the Auto Union because of the manufacturers Audiwerke, Horch, Wanderer, and DKW. It only began as Audi in the 1960s when Volkswagen acquired it from Daimler-Benz. The first series Volkswagen introduced for its launch is the Audi F103.

The company name has an interesting twist. “Audi” is a Latin word that means “listen.” Turns out, the German word for listen is “Horch.” Haven’t you realized the connection yet? The founder of Auto Union is August Horch.

When it comes to the logo, we can see four rings. These rings represent the four companies that formed the Auto Union. Meanwhile, the slogan of Audi is “Advancement through Technology.” Strangely though, Audi USA prefers “Truth in Engineering” and has been using it since 2007.

Audi is comparable to Mercedes and BMW when we talk about world sales for luxury cars. 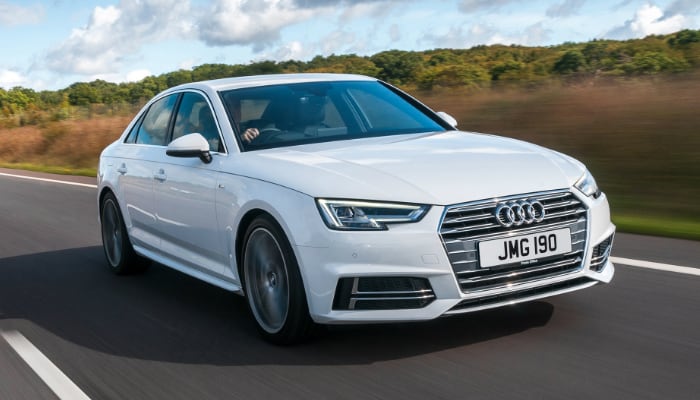 The complete brand name is actually Automobili Lamborghini S.p.A. Lamborghini is an Italian manufacturer of SUVs, sports cars, and supercars. Volkswagen AG owns this company because of Audi.

In 1963, the brand name was longer to acknowledge its powerful Italian founder. Automobili Ferruccio Lamborghini S.p.A. managed to closely compete with Ferrari because of its Miura sports coupé in 1966. Miura became the standard for high-quality vehicles of its time due to its rear-wheel drive and rear mid-engine.

After a series of ownership, Volkswagen AG finally acquired Lamborghini in 1998. However, Audi is the one with direct control over the Italian brand. 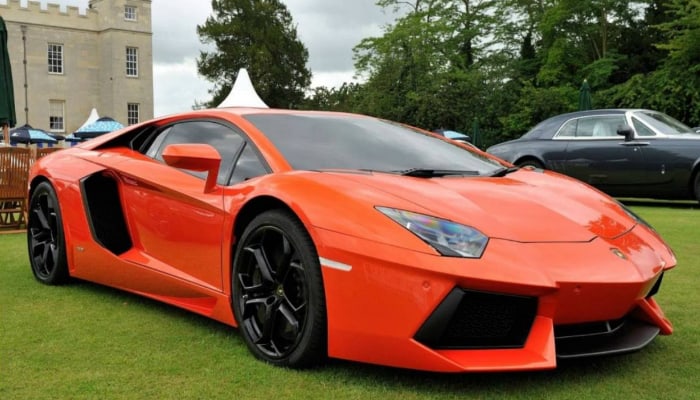 Since 1998, this British marketer and manufacturer of SUVs and luxury vehicles have been a Volkswagen AG subsidiary. Bentley Motors Limited’s main office is in Crewe, England.

Eventually, Rolls-Royce acquired Bentley in 1931. However, the engineering corporation Vickers managed to acquire Rolls-Royce Motors in the later years. By 1998, Vickers finally decided to sell Rolls-Royce to no other than Volkswagen AG. The purchase obviously included Bentley, specifically its administration, production, model nameplates, designs, and logos.

Just because Bentley is in Crewe does not mean that every new creation emerges there. Some models’ assembly is in Germany, specifically at Dresden factory owned by Volkswagen. The manufacture of the Bentayga is at the Volkswagen Bratislava Plant while the Continental is in Zwickau. 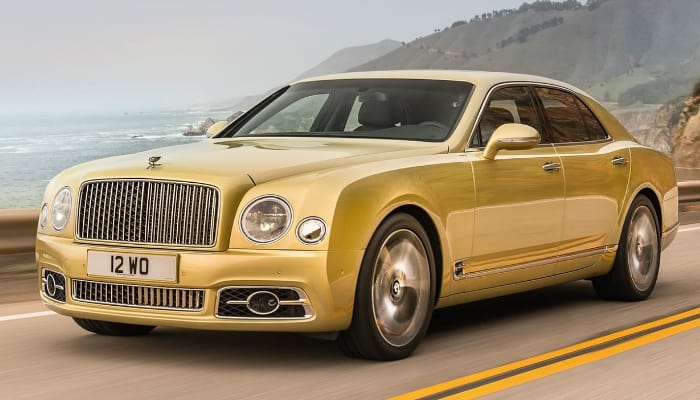 The former company name of Scania AB is AB Scania-Vabis. This is an important Swedish manufacturer for the automotive industry. It manufactures commercial vehicles such as buses and trucks, and diesel engines for various industrial applications.

Because of the merger between Vabis and Maskinfabriks-aktiebolaget Scania, Scania AB was developed in 1911. Since 1912, its head office never changed location which is in Södertälje. Through the years, Scania AB expanded through its manufacturing facilities in Russia, Poland, Brazil, Argentina, India, Netherlands, France, and Sweden.

Scania AB established assembly plants spanning ten countries around Europe, Asia, and Africa. It also makes sure to have finance and service companies all over the world. It already reached at least 45,000 employees from different countries. Scania AB currently holds a logo showing the griffin from the province of Scania’s coat of arms. 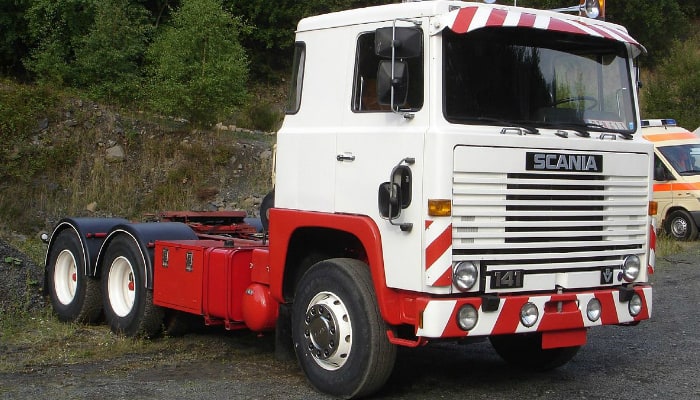 Sociedad Española de Automóviles de Turismo or SEAT is a manufacturer of automobiles from Catalonia, Spain.

The industrial company Instituto Nacional de Industria or INI founded SEAT S.A. in May 1950. It is one of the earliest subsidiaries of Volkswagen AG because it was acquired in 1986.

Back in 2006, a total of more than 16 million SEAT vehicles has been manufactured since the 1950s. Included in that sum are the units from the Martorell plant with over six million in quantity. More than 70 countries benefit from the products of SEAT.

Simply called Škoda, this automobile company from Boleslay, the Czech Republic started in 1895. It was first named Laurin & Klement.

Škoda Works acquired Laurin & Klement in 1925. The latter was eventually owned by the state due to Communism. Its brand name fully disappeared to Škoda Works. In 1992, Škoda changed into a private company. Then, in 2000, Volkswagen finally acquired Škoda.

Škoda’s initial role is to be Volkswagen’s entry brand. But, the company became so popular because most of its models are similar to Volkswagen units’ features and prices but actually have better space compared to the latter brand. In 2016, it successfully sold 1.13 million vehicles.

Porsche has a complicated company name: Dr. lng. h.c. F. Porsche AG. It is a famous manufacturer of automobiles in Germany. It focuses on producing high-performance sedans, SUVs and sports cars. Current Porsche models include Cayenne, Macan, Panamera, 911 and 718 Boxster/Cayman.

An Italian manufacturer, Ducati Motor Holding S.p.A. designs iconic motorcycles. It became a subsidiary of Volkswagen because of Lamborghini.

Formerly known as MAN AG, MAN is the abbreviation of the German company Maschinenfabrik Augsburg-Nünberg. This is a company focusing on mechanical engineering, buses, heavy trucks, and diesel engines for turbomachinery and marine propulsion. Because of its versatility, MAN SE reached more than 53,800 employees and €13.6 billion annual sales in 2016.

We introduced 10 out of 12 subsidiaries. The remaining two from the list of companies under Volkswagen are Volkswagen Commercial Vehicles and Volkswagen Passenger Cars. It is amazing how world-famous brands such as Audi, Lamborghini, Bentley, and Ducati are somehow connected to one company.

To know more about Volkswagen alone, find out its history, logo meaning and some of its modern models.