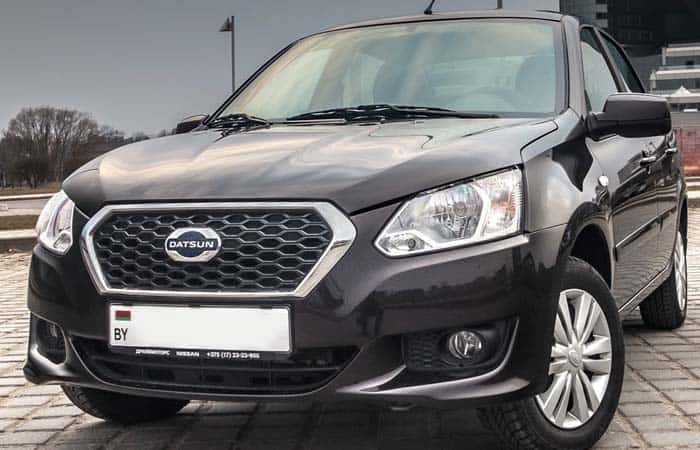 Building something from scratch is a tough job. But revamping, improving or rebadging an already existing product is even tougher. Well, the Datsun ran into one of such jobs and brought a car for the Russian market. Particularly it came from Moscow with love, but now it is international.

Well, that is the on-Do, having a lot of other nomenclatures in the international world. The Russian variant is well known as the copy of the Lada Granta. But when it moves to the international market, it no more remains the rebadged version of the Granta.

In early 2014, Datsun introduced the on-Do for the Russian market. The whole car was restyled and it did not look much like its parent. But on the deer note of the powering mechanism, everything got clear. Datsun managed to give a different appearance to this car. But they used the Granta’s drivetrain to gun it. And very frankly, the AvtoVAZ is taking care of the production of the on-Do.

After a good note unto the Russain market, Datsun got enough confidence to bring it down to the South Asian and the Far East Asian markets. But there it changed into the Go and the Go+. While based on Go’s design Datsun managed to bring another variant into the Russian market. Certainly, its continuous success kept it alive for more than half a decade.

Ahead of that, the on-Do is available in 6 trim levels. The on-Do Access takes the opening position and it is available for $7,350. While the Dream-II is the finest trim level in the series priced as low as $10,050. Ain’t that cheap?

The on-Do borrows its drivetrains from the Granta. Well, the commonly available drivetrain is equipped with the 1.8 L 4-cylinder engine, divided into two variants.

The base variant gets 8-valves, 86 horses and 87 lb-ft of torque. Well, this is a good looking option for family drivers. Especially those not looking for too much power or not eyeing the speedy performance.

While if you need something that could show some aggression, then on-Do does have another option. Well, it has the same engine but with 16-valves producing 105 hp of power at 106 lb-ft of torque. This variant even offers some reliable fuel mileage. And evenly it can accelerate from 0-62 mph within 11.6 good seconds. Further, it can knock a top speed of 113 mph.

Ahead of the performance traits, the on-Do even gets some nice handling abilities. Those are specifically crafted for the city driving. Sharp turns, quick stops and rushed roads would less bother the on-Do. And even when you would take it out on the highways, it would still offer some agile handling skills.

Nevertheless, the on-Do is made to target the family riders. And the way it performs, it is a fine option if you are eyeing at fuel budget and the maintenance cost. With the on-Do, you can achieve 35 mpg as the combined fuel mileage. While the best that has been reported so far have topped 36 mpg.

The exterior styling is just fine. There is nothing much so cool in the design that would attract the spectators. Instead, it is just an ordinary sedan that we usually see termed up as cabs. Even the cabs today are pretty stylish. Well, the cosmetics include a large hexagon grille, halogen headlamps, alloy wheels, and the fog lights. While the base trim level comes with the 14-inch steel wheels instead of the alloys.

Besides the cosmetics, the on-Do does not even carry many aerodynamic features. Even the ground clearance is quite low. Well, it is one of those cars that would not bother you much in terms of budget.

The on-Do offers a pretty old concept of the interior setting. There is nothing much attractive in this car. Though the seats are comfortable, and there is sufficient spacing included. But is just another dated hatch we see every day on the roads. Well, the on-Do offers space for 5 including the driver. And the trunk offers 18.7 cubic feet of space for the cargo.

Ahead of that, some optional interior enhancements include heated seats, anti-fog windscreen, and a weather control system.

The on-Do comes with the essential safety features. It gets an ample amount of main airbags and supplemental airbags, stretchable seatbelts, and ISOFIX. Further, it features the antilock braking system and electronic stability control system.

Besides, the active safety and the driving dynamic features are installed on demand. Such as parking cameras and some other handy features.

The Lada Granta acts as a parent version for the on-Do and at the same time, it sits as a competitor for this car. Well, both of these cars are quite similar, but the Granta offers a couple of powering options. While the on-Do sticks with just one.

Well, the Datsun on-Do is a low-cost solution for the families looking for a sedan. It offers a splendid category for driving exposure and sufficient spacing. Indeed it has a decent space in the market.