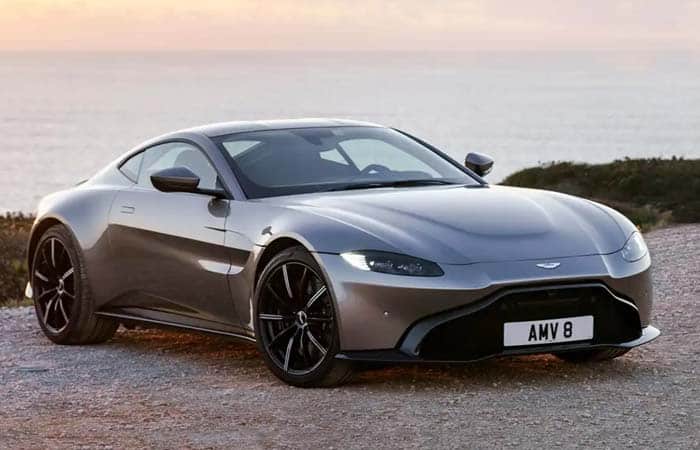 The new model comes up with a newer title and succeeds the outgoing version fashionably. Well, that is what is pretty much common among the automakers. But there are a few that prefer going ahead with the same nameplate. And one good example is set by Aston Martin. While the automakers even use some titles that represent the performance edition in every model. Like the BMW affixes M to performance edition of its cars. And Nissan used GT-R that was later created as a separated model.

In the same way, Aston Martin had been using Vantage as a performance distinction for every model in the line. But in 1972, the Vantage was launched as a separate model. While that only stayed in service for a year.

After three decades, Aston Martin reintroduced the Vantage. Well, this was a notable hit for the company. And it was launched as a direct replacement of the Vantage Virage of the ’90s. Further, the Vantage’s design was similar to the other models in the series. And the drivetrain was even not much different.

In 2018 the Vantage was discontinued in the favor of a new model of the same name. Just like the previous version, this variant also shares a lot of detail with the other present models. But being a Vantage, it is destined to be sportier and powerful. While for the price, expect $152,900 for the base model.

Inside the hood of the Aston Martin, V8 Vantage sits a 4.0 L twin-turbo V8 engine. Well, thanks to Mercedes-AMG for lending this fine machine to Aston Martin. Comparative to the goner, the present model does not offer any V12 monsters.

The previous edition was an absolute option for sports lovers. But the naturally aspirated entry-level V8 variants could only produce 430 hp. While this new model offers 503 hp. Though for now, it is only available with a V8. But we could count on the Aston Martin’s favorite V12 getting in the lounge.

The 7-speed manual gearbox comes standard. While an optional 8-speed ZF automatic transmission is also available. With all these equipment packed, the V8 Vantage can roll from 0-62 mph within 4.2 seconds. Going back to the older Vantage with a V8, it would take 4.9 to 5.1 seconds for that. While the top speed is measured around 182 mph.

The fueling figures are even amazing. You can count on 21 mpg as average fuel mileage. Though not a family car at all, but it offers an economical fuel mileage. In a way, Aston Martin has put every effort to make this car respond to the upcoming rivals. Nearly a 50/50 weight distribution is attained. And further, it extends to the electronic differentials aligned with torque vectoring. Certainly, this is the first ever Aston Martin to feature all these. Even the DB series lacks these features.

We would say that the Aston Martin DB11 AMR gave the rear design concept for the Vantage. But the rest of the designing is certainly new among all the Aston Martins. The Vantage features a different fascia, unlike the other models. The front grille sits below the bonnet, aligned with the bumper. And the headlamp design has been skewed into sharp looking eyes. The entire design has been symbolled to resemble the alpha wolf. And in a way, it would certainly become a signatory icon for the company. If you get a Vantage parked in your porch, expect all your folks falling through to admire its beauty and aggression.

Inside this spectacular vehicle, there is a sportier cockpit with a massive touch of technology. Along with sportiness, there is plenty of luxury and comfort packed in this car. Its comfortable seats would never make you tire, even if you travel all around the globe. It is an impressive grand tourer, designed for a comfortable journey. Further, every bit in the interior is covered with premium quality leather and contrast stitching. In a way, it is a leatherette interior with the fiber detailing. Ahead of that, seating space is available for 2. And for the cargo, you get a scaled boot.

See Also: When to Replace Tires

The safety mainly depends that how better you drive. Though automakers do add the safety equipment to the cars. But they are mere to reduce the collision impact. Well, the Vantage gets every passive equipment needed. And evenly features some driving dynamics such as the surround camera, stability control, and the brake force distribution. But still, the safety remains on you.

The sexy Audi R8 is the very next preference after Vantage. And in every scenario, the R8 takes more applaud. Well, it has more horses, fine grip and even is cheaper than the Vantage. Certainly, you could save 20 grands if you go for the Audi.

But the Vantage has its unique spirit. And no competition can certainly match it. Going for a Vantage would add 5-stars to your garage. But you would have to spend more to get this car.