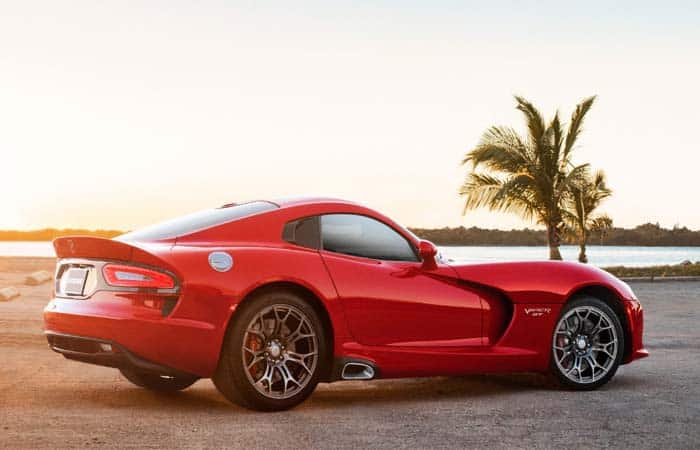 Some cars are destined to live long. They live long and come up every time with an improvement. Those are certainly the evergreen cars. But there are some cars that live a hard life.

They stay alive for a little time. Then they disappear. And after some time they come up again with almost everything same as it was before. Their fate is faded out in the name of fame and ability. And this what happened with the Dodge Viper.

The Dodge Viper was introduced for the first time in 1992. Although the development started in 1988, it took four years to become commercial. It lived for six years and in 1998 Viper vanished from the market.

In 1999, this car was reintroduced with a bit of improvement. It earned some fame and got featured in 2005 Need for Speed: Most Wanted. But soon in 2006, it disappeared again.

Two years after that Chrysler relaunched the Dodge Viper. This time, it just lived for a year. Soon again in 2012, it resurfaced. And in 2014 it vanished again. But that was the shortest break for the Viper. In the same year, Fiat introduced this car with a lot of improvement.

But it lacks fame and credibility have made Fiat discontinue it. Well, yet it is unsure that this car would come up again. But it is pretty definite that the buyers get a number of choices to purchase a sports car with handsome looks and credible performance. And above all, most of them are cheaper than Viper.

Monsters are not really less in this world. But mostly, they do not really live long. Well, this is what we could say about the drivetrain of the Dodge Viper.

The Viper is equipped with the enormous 8.4 L V10 engine. But guess what, it can only produce 600 lb-ft of torque. Because it just has 645 ponies. Then what is the point in getting a V10 car when a V8 engine could produce more power than this?

Obviously, in a sports car, you expect a faster acceleration and an enormous speed. But here the scenario is entirely different. The Viper took 3.4 seconds to accelerate from 0 – 62 mph. While the V8 engines take lesser time to complete this gap. And the track best of Viper is 200 mph. Well, that is not impressive at all. At least for a beast carrying a V10 engine, it is certainly unacceptable.

These were some reasons that distracted the market appearance of the Dodge Viper. As the smaller engines do not just perform well, they even save fuel. While the combined fuel mileage of Viper is 16 mpg. And when you are driving in the city, you just get 12 mpg.

The handling of this car is fine. It steers smoothly, whether you are driving in the city or on the highway. And even the suspension is quite agile. Well, when it comes to the breaking, it is just fine. Certainly, we do not have any issues with the handling.

The Dodge Viper has a pretty unusual exterior design. Indeed, it is a coupe. But it has a quite elongated bonnet. Well, the 8.4 L V10 mechanism is stored in the frontline. That is why it gets a long hood.

The aerodynamic application is even quite different than usual sports cars. It is mainly because the Dodge Viper has been picked up from the race tracks. And the weight distribution for a racing car is certainly different than a city rider.

From the front, Viper looks like a grand tourer. While at the rear, it gets a pigeon tail. The 18-inch front and 19-inch rear wheels are standard. The polished rattler alloy wheels come in stock. But the Dodge Viper ACR Coupe comes with the 19-inch forged alloy gross black wheels.

The SRT, GT, and GTS share the same exterior design. But the ACR is designed mainly for the track racing. Especially, the rear end gets the spoiler wing that we usually see on the Lemans cars.

The interior design of the Dodge Viper is quite impressive. It has leather seats, leatherette accent trim and leather-wrapped steering wheel. Well, there is too much leather in this car. Seats are comfortable. But it is a car for two people only.

Well, the newbies could get trouble with the vision because of its elongated bonnet. But no worries, it would get better with time.

The 8.4-inch touchscreen infotainment system is standard in Dodge Viper. Well, an 8.4 L engine as well as an 8.4-inch screen are common in Viper. It is powered by the Uconnect, with Navigation as standard. Further, you get HD radio, voice navigation, telephony, performance record and the Bluetooth audio.

In addition to these features, the Viper comes with the 7-inch driver’s cluster display. It is a customizable display with driving information, car health, and navigation. Further, there is a pretty magnificent sound system available in this car. It is the Harman Kardon 12-speaker system with 2 sub-woofers. In addition to that, an 18-speaker system is even available.

The safety manual of the Dodge Viper is pretty simple. Viper says, drive safe and stay safe. Well, airbags are fine and even the seatbelts are doing well. But the active safety does not have much to offer in this car. It just has an adaptive cruise control, electronic brake distribution, parking sensors and the stability package.

Else, all remain on the driver.

The V10s are getting obsolete day by day. As the smaller engines have started to bring up some better performance. And even the hybrid cars are becoming a common day in and day out. Well, we got the V12 grand tourer Aston Martin Vantage to compete with Viper. The Vantage is even an under-power car. It has a V12 engine with nothing great to offer. But it is much more luxurious than the Viper.

Well, if you are planning to get a sports car, then better look for other options. There is too much on the plate. And even if you are planning for a grand tourer, then you would get a variety of cars. Along with that, they would even be cheaper than the Viper.

On the other hand, you may also check our 2017 review for the Maserati GranTurismo MC.